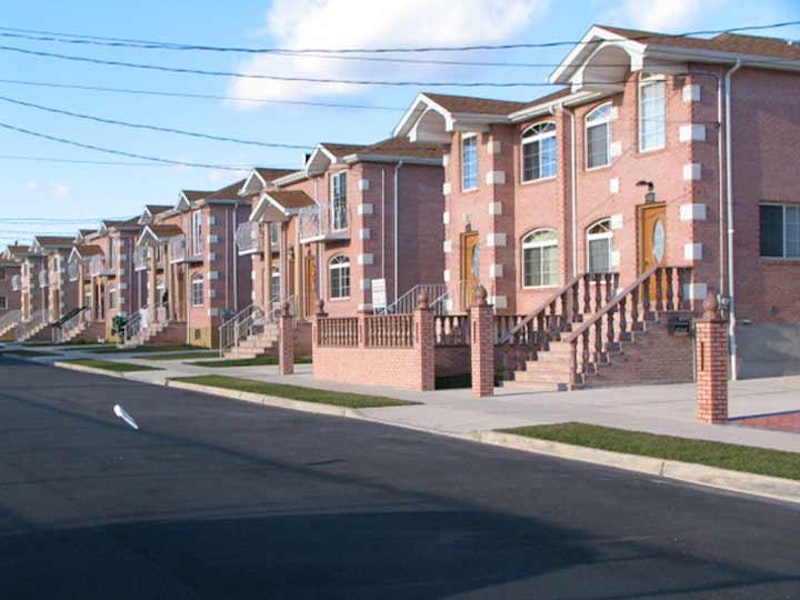 “Bergen” comes up frequently on the Brooklyn map—there’s Bergen St., which runs from Cobble Hill to Brownsville, Bergen Beach playground, Bergen Triangle and Bergen Ave. The neighborhood, which is delineated by Ralph Ave. on the west, Paerdegat Basin on the north and east, Ave. U, East Mill Basin and the Belt Parkway, was originally an island inhabited by the Canarsee Indians and, beginning in the 1600s, owned by Dutch colonist Hans Hansen Bergen. In the 1890s-19-oh’s, entrepreneurs Percy Williams (a theater builder) and Thomas Adams Jr. (who developed chewing gum and whose house still stands in Park Slope), constructed an amusement park on the grounds of Bergen’s homestead, accessible via a streetcar on Flatbush Ave. (the precursor to today’s #41 bus).

Coney Island was far more accessible from numerous subway lines by 1920, and within a few years the resort and amusement area was sold off to developers Max Natanson and Mandlebaum & Levine, who hoped to open a residential community, bathing beach, pavilion and another amusement park. They were never built, and Bergen’s homestead and any remains of the amusement area were razed in 1939 when the Circumferential (later renamed Belt) Parkway was rammed through by Robert Moses in 1939.

The marshiness of the land in the area prohibited large-scale residential development in Bergen Beach until it was more fully landfilled in the 1960s. Until that time, there was a small cluster of houses along Ave. U (PS 236 educated children in those buildings beginning in the 1930s). Still, much of Bergen Beach was not built up until the 1960s. 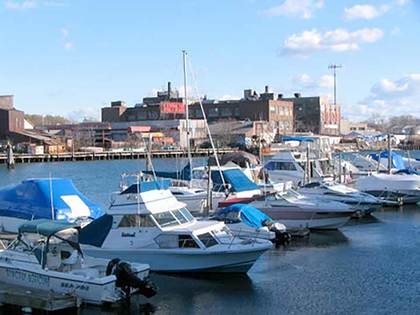 Over the past 60 years, portions of Marine Park have been improved with recreational facilities, while other areas conserved to protect wildlife and plant life. In 1939 the Pratt-White athletic field, north of Ave. U, was dedicated in tribute to the two fathers of Marine Park. A 210-acre golf course opened in 1963. Nature trails established along Gerritsen Creek, on the west side of Burnett St., in 1984-85, invite parkgoers to observe a wealth of flora and fauna. Ongoing improvements at the end of the 20th century include the reconstruction of basketball, tennis, and bocce courts; baseball fields; and Lenape Playground at Ave. U. New ballfields on the west side of Gerritsen Ave. were opened in 1979 and named for police officer Rocco Torre, Joe Torre’s brother, who passed away in 1996). A new Saltwater Marsh nature center, seen above, opened in 2000. Marine Park has regular cricket “tests” on its spacious grounds.

The stretch of Ave. U between Flatbush and Mill Aves. is called Old Mill Basin, since it was populated between 1920 and 1945 (Mill Basin proper was built up after World War II on the former Mill Island, named for many tidal mills in the region in the colonial era). In 1970 I made the first of two visits to the brand-new Kings Plaza at Flatbush Ave. and Ave. U, the first salvo challenging the hegemony of the then all-powerful Fulton St. shopping strip. It was the first enclosed shopping mall in NYC; it has, perhaps, been superseded by the Staten Island Mall, which is really a shopping “neighborhood” consisting of several malls.

ABOVE: Mill Basin Creek, with a collection of pleasure boats belonging to neighborhood residents. 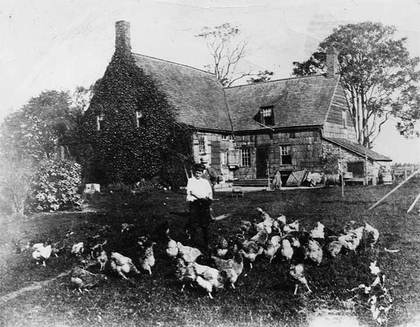 PS 236, the Mill Basin School, E. 63rd St. and Ave. U, stands very close the same spot, (2133 E. 63rd) that the Jan Martense Schenck House stood from about 1675 to 1954. Schenck built the house near one of the area’s grist mills about five-six years after he’d immigrated from Holland. In 1784 the family sold the house and land to Joris Martense—who left it to his daughter and granddaughter, who married into the Caton and Crooke families. Martense, Schenck, Caton and Crooke can all be found on Brooklyn street atlases. The last private owner, Frederick Crooke, sold it to the Atlantic, Gulf and Pacific Company in 1952.

You might’ve thought that would be the end of the house, but AGP donated it to the Brooklyn Museum, which took it apart, numbered every piece, stored it alongside what is now the Jackie Robinson Parkway in Cypress Hills, and reassembled it in the Museum in 1964. In 2004 the Jan Martense Schenck house was disassembled once again and moved to a different location in the Museum to make way for a new exhibit. This time, it was appointed in the way curators believed a Dutch homestead in Brooklyn appeared in 1730. The Museum now holds the Jan Martense Schenck House and the “newer” house of his grandson Nicklaes Schenck, built about 1775. 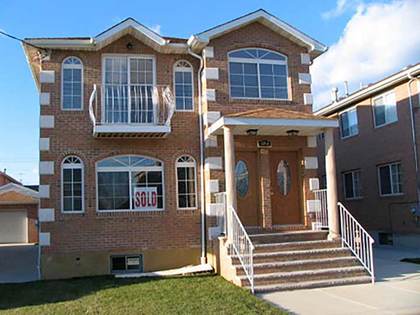 The streets north of Ave. T, east of Ralph Ave. and west of Paerdegat Basin make up a subdivision of Bergen Beach known as Georgetown, named for a planned development in the 1960s to be called Georgetowne Greens in the vicinity of Ralph Ave. and Ave. L. The project never got off the ground, but the name survived in the Georgetowne Shopping Center on Ralph and the neighborhood, minus the final “e.” The area was slowly developed from the 1960s through the 1980s, and some parts of Georgetown remained empty lots until the 2000s. 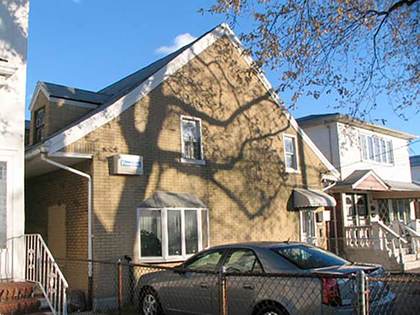 Moving west from Georgetown across Ralph Ave. we are in East Flatbush, and we move from some of the city’s newest construction into a region with some of its oldest. At 1587 E. 53rd St., between Aves. M and N there’s the privately-owned Stoothoff-Williamson House.

Douwe Stoothoff built this lengthy building shortly after his 1797 marriage on his farm in the vicinity of today’s Mill Island, near Jamaica Bay. By 1828, after Douwe’s death, his brother Cornelius sold it to John Williamson, where he lived with his wife Maria, daughter Joanna and sons Garret and James. Garret inherited the property and became a rhubarb farmer, incorporating then-new farming techniques. After his death the house was sold and moved to its present location on what would be E. 53rd St., positioned perpendicularly to the newer houses that surround it—the street was cut through after the building was placed here, and despite its age, this colonial relic hides here in plain sight. 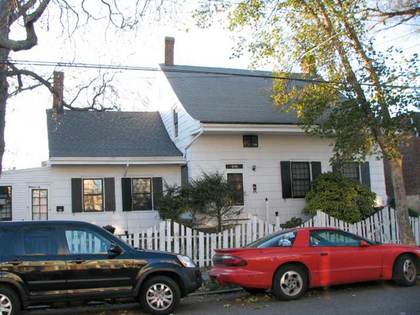 Concluding this exploration of Marine Park, Bergen Beach and Georgetown is the Stoothoff-Baxter House at 1640 E. 48th St., again between Aves. M and N. One of the few extant Flatlands colonial houses owned by an Irishman, this house was built by the Dutch Stoothoff family about 1745. John Baxter, born in 1765 in Omagh, County Tyrone in Ulster, Northern Ireland, sailed from Londonderry for the USA in 1784; by 1790 he was living in Flatlands and married Altje Stoothoff in 1791 and moved into the Stoothoff house.

The house stood on a now-extinct section of a colonial-era trail called Mill Lane, which still exists in pieces in the neighborhood. By 1811 Baxter expanded the property and moved it to its present location south of old Mill Lane. Baxter’s daughter Abigail inherited the house and married William Kouwenhoven. It was turned to its present position about 1900.