The Letter, and a Rebellious Russian Monk 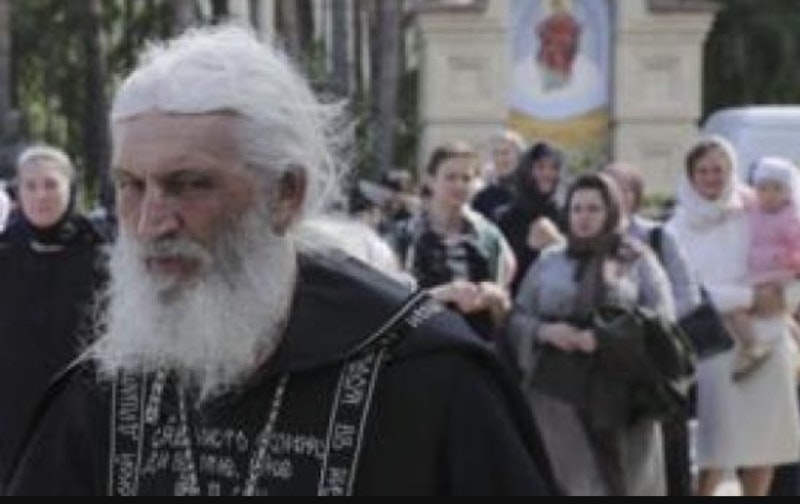 My mood rose marginally on a drizzly Indiana morning when I waded into the cesspool of Twitter and stumbled on the now-famous Letter: a defense of free speech and inquiry organized, apparently, by a writer named Thomas Chatterton Williams and signed by various centrist/liberal intellectual luminaries, many of whom you’ve heard of.

I recall the tail end of the 20th-century heyday of “engaged” letters. In those days it seemed a weekly thing that the Committee for the Support of This or That or the Emergency Campaign for the Liberation of What-Have-You would issue this or that brave epistolary “intervention” into the controversial event of the day. Each letter would bear the signatures of the usual crew of furrow-browed intellectual toadstools, theatrically holding aloft their smoldering cigarettes in that manner they learned from Frankfurt School émigrés (some of them actually were such émigrés), and staring out into the morally serious atmosphere of the postwar era through purse-lipped frowns and horn-rimmed Robert Lowell eyeglasses.

Meanwhile, the events in question progressed according to their own logic, uninfluenced by these snuffling signed broadsides in the pages of The New York Review of Books or Partisan Review. The usual things that drive events on this planet of ours drove these events, the most important of these being, of course, the requirements of Capital.

We’ll see more or less the same thing happen in this case. The Letter will provide some weeks’ worth of entertainment for the inmates of Twitter. (And once again: why do self-described “intellectuals” all seem to spend the majority of their hours on Twitter? What in God’s holy name is the matter with them?) Meanwhile, the “Great Awakening” will proceed in its paces for as long as it’s useful to Capital, functioning as an annihilating solvent of cross-racial class-consciousness and as an instrument of that social atomization that Capital so favors. In the event that this semi-religious phenomenon that’s currently sweeping the country outlives its utility for Capital, Capital will pull its plug.

Certain exclusions from among the Letter’s signers baffle this simple old Hoosier, however. No Andrew Sullivan? Was his brand of hyper-sentimental pomposity and smarm too much even for letter organizers who, stoutly suppressing the gag reflex, sought out David Frum for his signature?

For that matter, how did the legendary Left Bank ponce Bernard-Henri Levy not end up on this list? He always tends to slither his way into manifestations of the Collective Voice of the liberal intelligentsia.

And I’m only a little bit surprised that the corpse of Christopher Hitchens wasn’t exhumed to sign. The organizers could’ve stuck a fountain pen in the claw-hand of the Hitchens cadaver, still stinking of cigarettes and gin, and guided the nib across the document, Weekend at Bernie’s-style.

The Russian Orthodox world, even our tiny Midwestern sliver of it, is alive with chatter about the “coronavirus-denying” and vitriolically anti-Putin monk who’s recently been defrocked by the Church, but who continues to attract followers with his apparently powerful charisma and to anathemize the Kremlin in the most violent terms.

An interesting fellow, this Father Sergiy, born Nikolai Romanov. (A most wonderful name if I’ve ever heard one.) The story is that he had a career as a Soviet police officer in his youth before then spending 13 years in prison for assault and robbery. Upon his release he donned the monastic robes and has lately made a spectacle of himself, in the venerable Russian tradition of the renegade, anti-government, anti-patriarchy holy man.

From his base at a monastery in the Urals, Father Sergiy has called on Russian Orthodox believers to ignore coronavirus-related church lockdowns. He has also “denounced President Vladimir Putin as a ‘traitor to the Motherland’ serving a Satanic ‘world government’ and dismissed Russian Orthodox Church Patriarch Kirill and other top clerics as ‘heretics’ and ‘enemies of God and Holy Mother of God’ who must be ‘thrown out.’”

There is this, too: “The monk called for an all-Russia assembly to put Putin, Patriarch Kirill and his entourage on trial to prevent them from plunging the country into a civil war. ‘We can’t allow that wolf pack to mangle Russia and the neighboring nations,’ he said.”

It’s hard for an American convert to Orthodoxy to know what to make of this. On the one hand, my heart naturally rises in indignation against any critic of Patriarch Kirill, the Russian Orthodox hierarchy, and the Kremlin.

On the other hand, several of my Russian-born fellow parishioners evince what seems to be a shy tolerance, even a quiet support, for Father Sergiy. As an outsider to Russian culture, it would be wrong of me to dismiss their admiration for this disturber of the Church’s peace. In fact, it would behoove me to understand their position. I suspect their sentiments might be based in some understanding of the fruitful dialectic between obedience and rebellion in the history of Russian Orthodoxy. I must study, and listen.

I wonder whether Daniel Larison, super-intellectual American Conservative blogger/tweeter and professor, at Yale, of Russian Orthodox theology and Slavic philology, might not grace us with a short essay illuminating what’s at stake in this controversy. The world’s leading authority on Slavic culture, Professor Larison has not, to my knowledge, mentioned either Russia or any other of the “lesser Slavic” countries in his writings for years now.

We “fans” wonder: Has he been muzzled?