The Best of Times in 1980s Manhattan

We didn't need much money, and everything we needed was within a three-block radius. 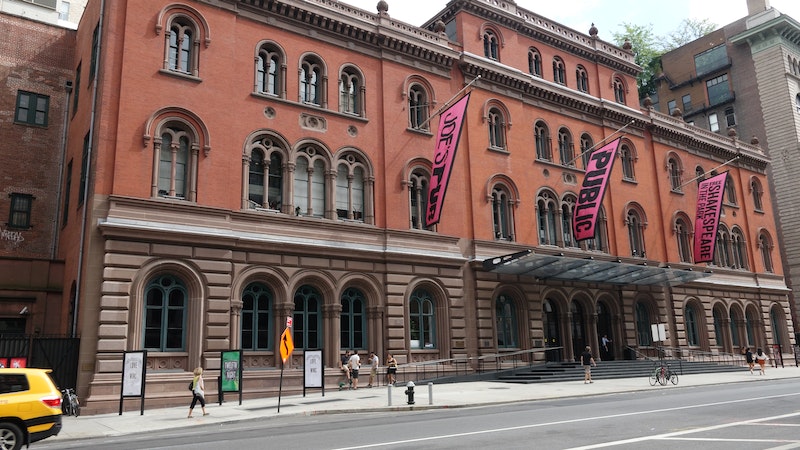 I grew up in the Baltimore suburb of Towson. It had tree-lined streets, schools that I walked to, playgrounds, and woods and fields close by. There was a little strip of drug stores, a deli, bowling alley, hobby shop, pizza shop, and soda fountains/lunch counters. You could take a trolley car to Baltimore’s refined downtown shopping district, passing through a wonderland of old city neighborhoods whose density was vaguely threatening compared with my airy and tree-filled model paradise of 1950s middle-class American success.

Nevertheless, I was fascinated by New York City. I loved seeing it in films, and especially the Macy’s Thanksgiving Day Parade. It was so lively and exotic. The film West Side Story made NYC look much more exciting than tired old Baltimore, and I promised myself I’d live there one day.

My first trip to NYC was in the mid-1960s. A friend’s father drove us three hours to Manny’s Music on 48th St. to buy professional guitars at the lowest prices in America. Within 15 minutes, I bought a Fender Telecaster with a cheap knock-off case. I wanted the Stratocaster, but was about $100 short. I was star-struck by the experience; the giant store with hundreds of guitars on display, the pushy NYC salesman, the packed ambience and flash of Times Square, the hot dog from the cart out front.

In 1978, my music career was long over, but a film career was just budding, after working on three Baltimore-based John Waters films (we had made several trips to NYC together prepping them for their NYC premieres, so I was getting more and more familiar with the city, especially absorbing the vibe of Greenwich Village).

I’d just gotten married, and my wife and I wanted to move to NYC to work in showbiz—she as an actress, and me a film producer.

We had a friend in Baltimore who travelled regularly to NYC and knew the downtown arts scene. She was in a relationship with a very successful painter. He introduced us to an off-Broadway producer who owned a five-story elevator loft building in Soho. It had a 600 sq. ft. finished studio (kitchen and bath) available for $600/month. We had a great time. Everything we wanted/needed was about a three-block walk; cheap, exotic restaurants, experimental theater, art galleries, book stores, Soho Weekly News, Village Voice, Cinema Village, Little Italy, Chinatown, Canal Street, a pasta factory, Italian bakeries, health food stores, the first Dean & Deluca, dark poetic bars (Fanelli’s), corner groceries with beautiful vegetables, film and recording studios, cheap office space, and a choice of express subway lines that zipped up to seedy but magnetic Times Square in minutes.

It was mostly a messy and rundown town, which made it a beautiful and endearing challenge in all weather, at all times. Many times, returning home from a gig in the wee hours of the morning, I walked fearless on the empty sidewalks. The most memorable was when a cop pulled over, chatted for a minute, and then offered me a lift down to my loft. What a great city.

We didn’t need much money. My wife volunteered at The Public Theater, so we got free tickets to every show. Movies and little art theater tickets were still just a couple of bucks. Live music in a Village bar was cheap, or free if we knew the performer. Our starving artist crowd tracked openings where we could eat and drink all we wanted for free. It was cheaper to eat out than cook in, if you went to Chinatown or Little India. Our friends included earnest and hopeful painters, sculptors, photographers, no-budget filmmakers, dancers, writers, actors, clothing designers, and musicians. I don’t think we owned a TV, or knew anyone who did. We were never home at night. There was never a sense of deprivation, except maybe on hot summer weekends, when so many people disappeared to upstate or the shore.

My last trip to New York was in 2006. It was completely different—a cross between Mad Max and Disney World. The old Soho neighborhood had an Apple popup. A nouveau donut shop replaced the Italian bakery. It seemed every little shop was now a glitzy high-fashion outlet. The distressed cast iron fronts were perfectly repainted in glossy colors. The restaurants were packed, noisy, mediocre, and unaffordable. Every step revealed another victory for conspicuous consumption, and was like a stab in the heart. We fled, happily, back to our little town in North Carolina.

I hope the coronavirus will bring a re-valuation of New York life. Maybe artists can afford to return to old Manhattan and thrive in newly-abandoned shops and high-rise apartments. Maybe they’ll find cheap, once-hip, formerly squeaky-clean flex office space and open experimental dance theaters or studio space for messy sculptors and painters. Maybe even an actual printed arts paper will pop up. Wouldn’t that be something?