Little Folk of Many Lands has the authority of long-ago works discussing foreign peoples. 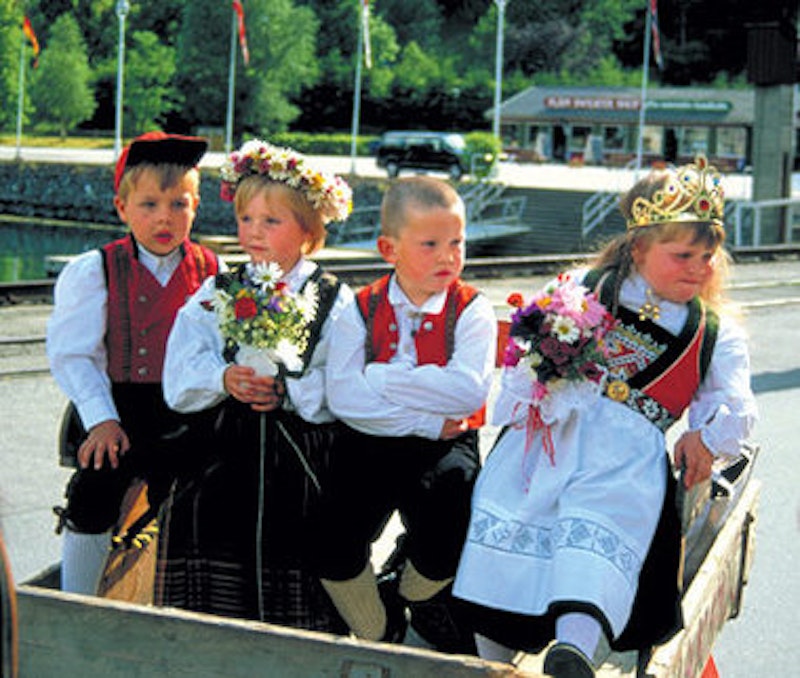 She's just an odd specimen: a lady back in 1899 who had to fill up a book with the little she knew of the world's children. She was Louise Jordan Miln, author of Quaint Corea and When We Were Strolling Players in the East. For her new book Little Folk of Many Lands, she drew on what appears to have a been very uneven store of knowledge. Take chapter 8, “Norwegian Children.”

Here she is on her chapter's nominal subject: “They live simple, well-aired lives. They have many games and charming little customs of their own; but, on the whole, they live very closely with their elders, sharing their food, their thoughts, and their habits.” That's it! Here she is on a side-matter: “I emphatically disbelieve in flannelette culture and calico civilisation at eleven-three-farthings per yard. I believe children should be educated, their best qualities drawn out and developed along the lines of their probable and possible lives. I believe that they should one and all be taught the alphabet of nature, and that they should know the leaves of a birch tree from the foliage of a beech,” and on and on. A page and a half.

Her aim is to charm and flounce her way past her lack of material. She relies on smart chatter, carbonated writing. This kind of stuff always moves fast, it has to, but it takes on different rhythms and chimes as the generations pass. Try this: “Indeed, they are true to their Viking blood in most ways, and they celebrate every conceivable and many inconceivable events with potations strong and deep.” You won't see writing like that at Vulture. Or: “The poorest peasant, the tiniest child, will hoard a coin—if but the smallest—to buy a handful or two of grain to swell the birds' Yuletide feast!” Or: “But these little beds of the long, long sleep, are in no vast proportion.” Or: “The babies crow and glow as they are carried home to Sunday dinner.” It's like drinking an early, malt-based soft drink that knew the mouth had to be tickled but didn't know the right way to do it.

Little Folk of Many Lands has the authority of long-ago works discussing foreign peoples. “The Norse children swim uncommonly well; better far than the children of any other Northern people,” the book says. “All Norse children have sleds: a few of them for play alone; most of them for work and play.” And: “The Norse women are industrious, of course, but they economise their industry and discipline their children.” Finally: “But a Norse child will stand for hours at the dinner-table.” This last nugget of information is preceded by 79 words of wide-bore musing. “So many other animals take their ease standing,” Miln says, to get warmed up, “that it is perhaps strange that we should be surprised, as we always are, when we meet human creatures that do so. We have heard, from travelers whose word we cannot question, of the strange Central African tribe whose young and adult,” and so on.

Here's an item worth knowing. Every year Norwegian kids get to take a switch to their mother's ass. This is on Fastilevn, “the first Monday in Lent,” when the kids are allowed a saturnalia and the rules are turned upside down. “On Fastilevn a Norse child may eat as many sweet caked and buns as it elects, and it may thrash its mother.” This is done with “a long birch or willow spray heavy with decorations of paper, of ribbon, and of tinsel. The child may ply it unchecked until the last shred of ornament has fallen off the Fastilevn ris.” The ris being the long birch or willow spray.

Another item. Up north, way north, Norwegian kids are bundled up like papooses and then left in the snow while their parents attend church. From the book: “A fairly deep hole is dug in the churchyard. Baby is laid in and buried. An aperture for breathing is carefully contrived, and Baby sleeps snug and warm among his long-sleeping kindred, while the mother and father within the church endure most trying cold.” Then comes time for the parents “to dig up their rosy, steaming babies from among their stiff and lifeless forbears.” This is the point when the babies crow and glow. Behind them is the tintinnabulation of Mrs. Miln's prose: “And the jangled bells in the wooden church cry through the nipping, frosty air a thin, staccato 'Amen'—an impotent blessing upon the living and the dead.” With the sound of Madame Miln jangling, we wonder if all Norwegian children do have sleds, if it's a thing you can count on, and we think about those little beds of the long, long sleep, and we decide we won't take our ease standing. It's time to say good night.