And its energy-draining ghosts. 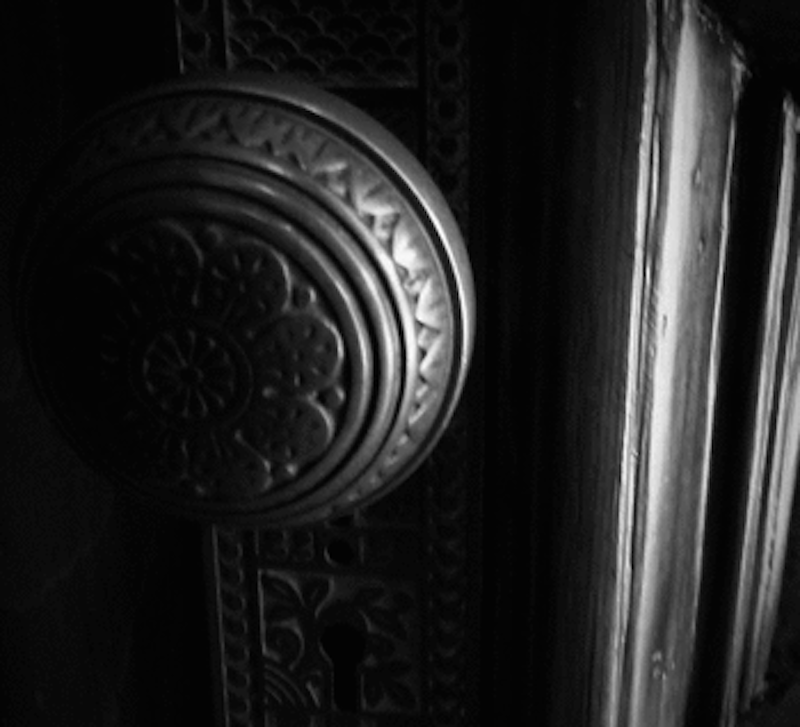 I moved last weekend, which was an absolute nightmare. It had been 15 years, so I’d forgotten. I’m happy just to have survived the process. A friend brought sandwiches on moving day, and my daughter’s birding coach brought a home-cooked meal and fresh eggs on our first day in the new house. My new neighbor brought a bag of Tastykakes, my fave Philly brand. It was all appreciated. Most people understandably stay away from you when you’re moving lest they be asked to help. Moving makes you realize how many friends you have, so it was a pretty lonely experience; my own fault for not being more social.

On the day of our move from a town Victorian with asshole neighbors to a country McMansion with views of both the sunrise and the sunset, the moving truck showed up with a sign duct-taped to the door. Barely speaking English, two guys and a teenager managed to pack most of our stuff into a too-small truck and I feel fortunate that we don’t have nicer stuff; luckily nothing got broken.

But leaving the old house wasn’t easy. It was mad haunted, and the ghosts were not happy to see us go. In the two weeks leading up to the move, the ghosts sensed a change and they were threatened. Fuses blew randomly, you’d turn one switch, walk up the steps, and hear a completely different one blow. I was up every single night at three a.m., and each night at 3:25 my daughter snap-chatted me a photo of her alarm clock—she couldn’t understand why she was walking up at the same exact time each night—she’d never woken up in the middle of the night before.

In the most haunted room, the old servant’s quarters, the day I went to pack my first box I sprained my knee. I didn’t do anything to it, I just heard something, turned around, and my knee felt like it was being ripped; I had to wear a knee brace and skip the gym for weeks. The light bulb in that room kept burning out. My husband, who was a non-believer in our house being haunted until the move, changed the light bulb and found it had been severed between the bulb and the base. The glass wasn’t broken; it just looked like someone took a ridiculously sharp knife and cut the bulb from its base. He replaced it. A few days later he found it had been burned out again, but when he went to replace it, it turned on by itself. Crazy shit like this.

I stood in that room and in my mind I tried to say goodbye, to explain to them that I was sorry we were leaving; that we just didn’t have the money to give the house what it needed; that we were forced to leave because we couldn’t afford to stay. I asked that they stay in the house and not follow us to the new one; it’s what I was afraid of.

I know many people don’t believe in ghosts. It’s easy to not believe if you’ve never experienced a haunting first-hand. I was not a believer before I lived in a haunted house. Then, I chose to believe because I preferred it to thinking I was insane. In the last week I was in the house, I felt badly for the ghosts—the old servant man and his daughter. It occurred to me that in order to exist, ghosts need energy; they borrow ours, they suck it from the electrical lines. Once, we had ghost hunters come to the house and the ghosts drained the power to their equipment in addition to physically shoving around and generally scaring the shit out of the poor people.

Two days before the move, I walked through the front door and there was water running everywhere, all over the packed moving boxes. I turned off water at every source and still the water ran, eventually running out the front door and down the front steps. I had to call the town to shut it off. This house was pissed.

What scared me the most happened on our moving day. After everything was out, I went to walk out the unlocked front door, a door I’ve opened and closed tens of thousands of times over a decade and a half, and I couldn’t open it. I pulled it hard with both hands, locked and unlocked it, and it wouldn’t open. I had to lock it and leave through another door. The house and its permanent residents tried to stop me from leaving, even though it was time for me to go.