The Kids Do The Work

Modern life amidst the hot takes and heartbreaks of Late Cancel Culture Capitalism. 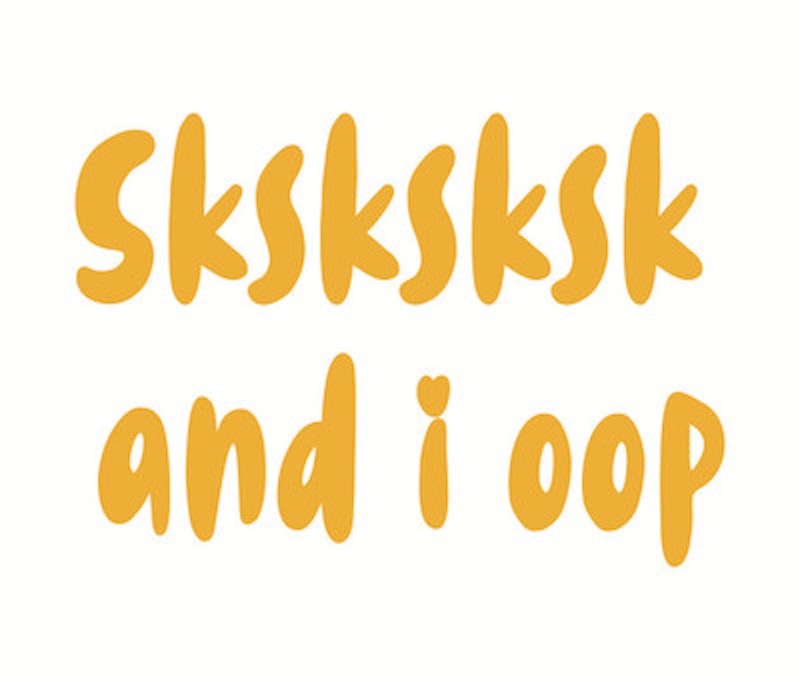 Yes indeed, those thirtysomething media and media-adjacent “kids” are “doing the work.” They’re out there with the takes, the tweets, the posts, the Patreon subscription pushes, the Venmo fundraising blasts, you name it. Don’t believe it? Just get extremely online and you’ll see what I mean.

The one thing they don’t tell you when you’re growing up is that most of your high-profile peers will become a bunch of tattletales, scolds, and schoolmarms. Telling on people to HR or to the court of public opinion is how these people rose through the ranks, even if their ranks are thinning and the rewards are scant. One false keystroke and it’s cement shoes for you, Lips Manlis. Liked the wrong tweet? Followed the wrong influencer? Let the person sharing your cubicle sneak a peek at your browser history and they noticed all those “size 15 feet stepping in whipped cream” links? Game over, man. Check and mate, broham. Go right to online jail and don’t even collect that last $5 recurring PayPal payment.

Here’s a story for you, a “hot take” if you will: the mediocre man named “dril” has failed upward and landed a cushy gig on the “Adult Swim” network, which is where “creatives” go to make less money than an XFL player (average salary: $55,000). Yes, it’s a TV show, as far from the extremely online as you can get. And you know what? It’ll suck because everything sucks. Everything is bad and everyone is selling out. People will babble about leftism on the same podcasts that are pimping discounted Meundies and FanDuel credits. This is real life, not the SAT or GMAT, and high scores matter a lot less than paychecks. The best thing that can happen to poor dril is if some enterprising BuzzFeed muckraker decides to give him the Sam Hyde treatment and exposes him as if he were the criminal mastermind behind the Tweed Ring or the Triangle Shirtwaist Factory fire.

One of the first things you learn if you study the extremely online is that it’s just like everything else. Influencers: they’re just like us! Except many of them are sociopaths who’d sell your entire family into indentured servitude for 100 likes. Some might even do it for 10. This is what we call “doing the work,” yes indeed it is.

I used to think that people were basically good. Good in their bones, good deep down. And I oop: check that sksksk, kiddo. Actually, I never believed that. Or if I did, I stopped believing it the first time my parents taught me to eat my tomatoes by pulling them out of the garbage disposal where I’d secreted them and forcing me to eat them with the aid of an improvised speculum oris. Or maybe I stopped believing it when my dad would horsewhip my brother until both whipper and whipped passed out from exhaustion. Or maybe it was when he cold-cocked me with a pipe wrench. Let me tell you, that hurts: those wrenches are heavy! You never expect the Spanish Inquisition, and you never expect your dad could kill you. Not the first time, anyway. After that, I suppose you do.

But dear old dad meant well. He was basically good, good in his bones, good deep down. He just wanted to give me and my mother and brother the worst beatings we ever got. If we could handle that, eating from trashcans and picking up horseshit with our bare hands and so on, then we could handle anything. And all three of us can. But you know what I can’t handle? People selling me something. You couldn’t sell me a glass of warm piss if I were dying of thirst. Why would I want to drink a glass of warm piss? Maybe that’s woke now, but it’s not my “thing.” Anyway, no matter what they’re selling, I’m not buying. Not only am I not buying, but I’m actively trying to shut the sellers down.  I want to put their businesses out of business.

My dad told me the only things we need for bare-minimum survival will sell themselves. Anything else, anything past that, and you’ll need some kind of sales and marketing campaign forcing them down our throats the same way he used to forced rotten tomatoes down mine. You don’t need that. Brands do not make the man. See, I’ve never bought anything in my life, not even a clue. I just sell, baby. I sell everything to everyone. Once upon a time not too long ago, I even used to sell my soul, writing heartstring-tugging sob stories under other people’s bylines, but thankfully I don’t have to do that kind of emotional labor anymore. Now I work these 80 hours a week at my Real Job so you “kids” don’t have to be subjected to all my ghostwriting about other people’s fictional hardships. You can instead sit back and “do the work,” writing those tweets, thinking about dril, thinking about how he sold out, thinking about how he’s MAGA, thinking about how he should be canceled and hoping that intrepid BuzzFeed reporter unmasks him Scooby-Doo style, the same way they exposed that rascal Sam Hyde.

Let me lay a take on you before I call it a day: what if you’re attracted to a person’s physical feature that they really hate? Imagine your paramour has this big pimple on their nose, and that pimple is your fetish, your jam. Your paramour wants you to love them for them, but you want to let their pimple grow for a decade and then pop the white goo out of it like they do on those pimple-popping web series. They want you to love them with all of your heart, and yet you love them with none of your heart. You only love that pimple, even if you invent a lot of Ideology and Discourse about how yours is some kind of perfect platonic union between “comrades” or whatever the non-ableist term is nowadays. But what if your life is happy and fine, even if it’s lived entirely for the pimple and nothing but the pimple? Is your life together a lie? Is your truth not the whole truth and nothing but the truth?

What I’m saying here is that everything we think about other people is awful, because we’re selfish. We’re so selfish that even our altruism is selfish. Anonymous altruism, the highest and best form, is really the most selfish: maybe one day someone will find out, maybe someone will break this story! We objectify everyone and everything. Our moralizing is intended to make ourselves look good, because nothing outside the self, captured these days in likes and shares, matters to us. The only people you can trust are the ones who spill this straight tea right in your face, rather than pouring it down the back of your extra-long, super-loose 100 percent cotton VSCO “Ocean Pacific” t-shirt. I might be a thief, stealing money one fat invoice at a time from the rotting carcass of for-pay journalism, but I’m not a liar.

I wish I could help you, “fam.” Oh how I wish I could help. But this worldwide web is long and deep, and I have miles of takes to write before I sleep. But let me end by pouring you a little more tea: I really like the work you do. I know most people just say that, but I mean it. It’s great stuff. Compelling, even. Keep going in that direction. It might seem hopeless, but remember, it’s always darkest before the dawn. The work you’re doing is big league. It matters to me, and I’m sure it matters to your mom and dad, your nine New York City roommates who depend on you to pay your 10 percent of the rent, and 500 random people on social media. And if you enjoyed that encouragement, please like and subscribe to my podcast. Rate it five stars, too. Hey, I gotta eat here, and these harvest bowls don’t fill themselves. This is a good grift, if you don’t end up on one of those shitty media men lists.