Off the Chicken Wing Wagon

RQ buries the lede, at first on attack, then pleading for prayer. Is he deranged? 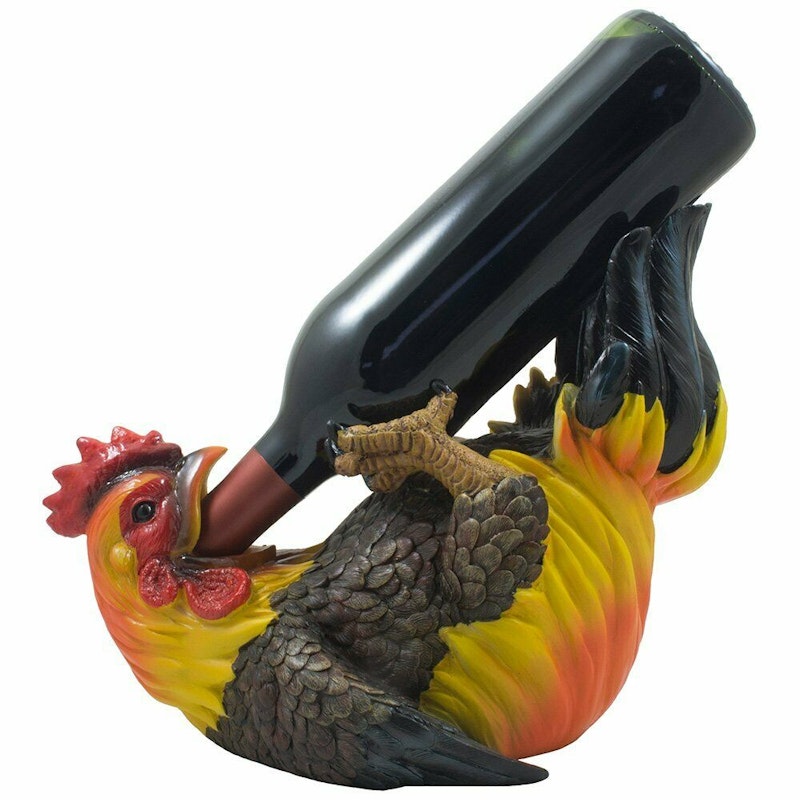 Remember that it’s wise to carry a pen with you everywhere (never a pencil). Sometimes the light shines on you, and God makes His presence clear. Inspiration can hit anywhere, and lifelong friendships start at post offices, convenience stores, and subway turnstiles where the tokens are still made of gold and if you try hard enough you can suck them out with your mouth, or, in my case, reverse cloaca.

Don’t ask about the reverse cloaca. I’ll never write about such a disgusting ability.

Freedom isn’t free. Words can hurt just as much as sticks, even stones. I wish I were more like my friend Patrick: he can regulate his emotional and physical state at will, turning off his appetite and turning on his melatonin when it suits him. Yet he insists he’s not happy, more or less: “I am simply am not there.” I don’t like to brag about my friends but I use young Patrick as an example of the scourge of vanity among young people these days. I’ve been around. I’m hundreds, maybe thousands of years old (I didn’t start counting until the revolution here in the colonies). I may be jaded, perhaps a bit out of touch sometimes. But I’m always willing to learn.

Did I audit Biker Smooth’s class? Maybe. Have I reported his appalling behavior in the classroom to relevant authorities? Likely.

I support eccentrics, but this crosses the line: “And here’s where the story needs clearing up: I did not ‘kidnap’ them—I dropped them off at a Methadone clinic, with the intention of picking them up in a couple of hours; I had class, after all. But I forgot to confiscate their cell phones, so I realized my mistake pretty quickly when their parents started calling me, and I immediately turned around, except most of their parents had already arrived by the time I got back and they spent about 30 minutes yelling at me. Then the headmaster yelled at me when I returned to school. And now there might be lawsuits. Believe me, I’ve learned my lesson: next time, if there is a next time, I’ll let the kids shoot up in class. The Good Samaritan law doesn’t apply to teachers.”

What is this man doing anywhere near an education center? It took me 50 years to get off of heroin, and I still miss it. Sometimes I get sad and remember how much simpler my life was on heroin. It’s an evil curse and this Smooth is encouraging it, summoning more misery in this already miserable world. I share column space with this man. And I think about this.

So I’m off the wagon again. Started on Saturday in Dallas, beers with Bennington, rail shots with Reverend, coke and molly at the Brasserie with Emily. Maybe I cheated on my wife. So what? She doesn’t care about me. Monica hasn’t paid attention to me at all since she joined that stupid VR Navy guild. She’s there so often she started thinking it’s real, that she actually has friends who are combat veterans. It’s been tough taking care of her this past year and a half: she’s getting so little exercise I have to turn her over every other hour to prevent bedsores. Sometimes I can’t stop myself from crying when she tries to get up and falls down because her circulation is permanently damaged.

That’s what the doctors tell me but I don’t believe them, I’ll never believe them. My wife is strong and she will survive, even if she’s never fired a gun.

I run Monica’s Twitter account. She lost privileges months ago. But I can’t take this anymore so I’m drinking again. There was no Emily, but there was coke and molly. I haven’t cheated on my wife, nor have I ever nor will I ever, but I’m in Dallas, strung out again. I find life to be an overwhelming proposition and this is the action I take: physical ruin. But all I want is spiritual annihilation, a soul eraser, so I can finally feel nothing and take the pain away for good. I have to be there for my wife but it’s hard. Living in this world is offensive. The only proper response is the obliteration of the senses.

You may say I’m “on a bender,” but I might respond, “so was Rimbaud.” But Rimbaud never married, and he died at 37. I have duties, and I’m neglecting them now. I’m giving up. I have no authority over anyone, least of all someone like Biker Smooth, an educator who accepts awful treatment and even worse pay to perform a social necessity that no one values enough. Smooth is brave and I’m shit. I’m shit because I abandoned my wife but I just couldn’t take it anymore I just couldn’t take I CAN’T! My limit for the day has been reached. Time for a Xannap.

Please pray for me and my wife Monica.