The Misery of Young Mazzo 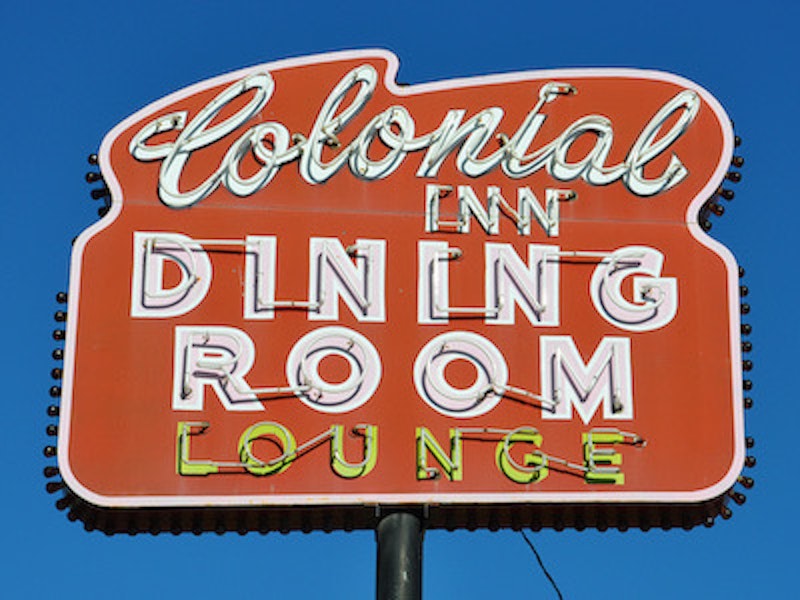 A belly full of Sugar Pops, he waved goodbye to his mom. A brand new briefcase in hand, Red Mazzo skipped down the front porch steps, down the gravel drive and onto the sidewalk. Head bowed, his Thom McAns danced the concrete. He pretended to be a racehorse, spanking his bottom. The first day of third grade, a new school, the new public elementary. His parents decided St. Vincent's was too costly. And Wilbur Cross Elementary was only a couple of blocks away.

Red's hair gleamed like a dish of freshly-stamped pennies; Mrs. Mazzo had brushed it to a fine luster. Despite his shy nature, he anticipated meeting new kids. And he reveled in the freedom from St. Vincent's uniform of white shirt, navy tie, navy trousers. Today he sported gray slacks and a bright plaid short-sleeve. Nearing the corner drugstore, he slowed down. In the afternoon, the big kids monopolized that spot. He'd never had a problem with them, but they frightened him with their coarse language. Red hoped he'd never become a teenager. He vaguely associated them with beatniks and crime. To his relief, no teens this early.

The seating chart, done in alphabetical order, assigned Red to center row, front desk. He opened his briefcase and took out pencils, Papermate pen, loose-leaf binder and notepad. He lifted the desktop and placed everything inside except the pad and a pencil. The notepad's cover was composed of photo-realistic illustrations of a space station. Red was following the space program—such as it was in its nascence, endeavoring to play catchup with the Russians. Red put his faith in Werner von Braun to get the job done. The teacher, Miss Raybund—stout, steely, middle-age, tweedy, a hint of mustache—sat at her desk attending to paperwork, an officious expression on her fierce face. The bell rang and she stood, ramrod straight, and introduced herself to her charges, chalking her name on the board. Red was struck by the green board, a rebuff of the aged blackboards of St. Vincent's. Everything about Wilbur Cross was facing into the future.

Red glanced over his shoulder and was stunned and dazzled by a vision: long blonde hair and eyes of blue, clad in a green jumper and an orange turtleneck. His breath was stolen, as was his heart. Presently, as each student stood and introduced themselves, he learned the vision's name: Valerie Merritt. She was the most beautiful thing he ever witnessed.

At recess, Red felt at sea. He didn't know any of his classmates. And none were approaching him with any sort of welcome. He avoided the boys playing dodgeball. At St. Vincent's he'd gotten smacked in the face with the ball, his nose bleeding profusely onto the white shirt, ruining it. His dad walloped his butt for that. Instead, Red took a deep breath, wandered about, stood alone, wandered some more. Eventually he gravitated over to Valerie and several girls under the shade of an oak. He sat at the edge of Miss Merritt's court.

"Oh, look what the cat dragged in," she exclaimed. Red looked around before he realized he was the butt of the remark. Girls giggled behind raised hands. Red's face flushed; he looked at the ground and saw a black beetle struggling over grass. He wanted to kill it. But before he could act, Valerie said, "That red hair! I'm going to call you Reddi-Wip! That's your new name, boy! I dub thee Reddi-Wip!" The girls laughed out loud to this, even if some of the laughter was forced, forced to add further humiliation. A few sing-songed, "Reddi-Wip! Reddi-Wip!"

Valerie shushed them with a wave and said, "Where'd you get that red hair? Bet your parents don't have red hair. Bet your mommy's a whore."

Red snapped back, "That's not so! She's not a horse! She's a waitress! At The Colonial Inn!" His eyes stung as the girls rolled on the grass in hysterics.

"Girls, let's go easy on Reddi-Wip. He's a sissy britches. He's about to cry like a tar baby just because of a little joshing."

It was true. Red's lower lip quivered and he was batting back tears. His adoration for Valerie flipped to raw hate.

BRRRRING! The girls sprang to their feet, brushed off their dresses and sprinted to class as fourth-graders emptied onto the playground. Red sat and stewed in fury for a few moments, corralled strength, and dragged himself back to class. In his seat, trying to appear unfazed, he turned to Valerie and forced a smile. In return, she scowled and hissed, "Stupid!" Shocked, he turned away, tried to focus, but only saw a haze.

Miss Raybund handed out arithmetic books and instructed the children to open them to the introduction. Red was doing this when a pencil's point jabbed his back. "Ow!" he yelped.

"What on earth is the matter, Mr. Mazzo?"

"I'm sorry, Miss Raybund, but... but Valerie just poked me with her pencil." Here was his chance to turn the table on her, expose her for the demon she is! Justice would be served.

"Valerie! Is this true?"

"No, Miss Raybund. I would never do such a thing. I swear to God!"

One of Valerie's pals raised her hand and blurted, "Miss Raybund! He's lying!"

"I will not tolerate such mendacity in my classroom, Mr. Mazzo! Stand!"

Red stood. He stared at the floor, felt all eyes on him, stabbing. His face raced to crimson.

"Go to the corner, face to the wall. Class! To our books! Mr. Mazzo, you will stay for an hour after class." Red felt nauseous. How was he going to explain this to his mother? She expected him home just a few minutes past three, shortly before she left for work.

At lunchtime, in the vast cool cafeteria, Red spotted a couple of boys sitting apart at a corner table. He carried his tray over to them and sat down, commenced eating his Spanish rice in silence. One of the boys, scrawny like Red, said, "Hi, I'm Roger." And the other, a fat kid, said, "I'm Phil."

"I'm Ed, but call me Red because, well, you know." He tilted his head to them and chuckled. They smiled and a friendship was struck. Although they weren't Italian like he, they were Catholic, parishioners St. Ignatius. Irish kids. Close enough for comfort in this sea of Protestants. He felt a great relief as they found common interests in comic books and TV programs. They decided to meet Saturday at the movie theater for a sci-fi double feature.

After class, Miss Raybund ordered Red to write 100 times on the chalkboard, "I will not be a dirty liar."

"And if you attempt any funny business with the numbering, it won't work. I've seen all the tricks, boy. Try anything and I will make you erase what you have done and start from scratch. Ditto any misspellings. Do I make myself perfectly clear!"

After the onerous chore, his right arm tired, Red sat at his desk with his hands folded as Miss Raybund inspected his work. Finally, she peered down at him and said, "You may go now that you've learned your lesson. Do not lie!"

Red was dazed, didn't even feel the slap to his mouth until a moment after. He tasted blood where a tooth had cut into the inside of his cheek.

After writing "I will not be a dirty liar" another hundred times, and after "confessing" that he was, indeed, a liar, Miss Raybund dismissed him, well past four, almost five. Briefcase in hand, he scampered home. Shadows were stretching and a chill wind rose. In the morning it'd been warm; now he could use his windbreaker. Approaching the drugstore, Red spied two of the scary teens off to the side, a boy and a girl. Red decided to cross the street, but the boy yelled to him, "Hey, kid! Come here! Yeah you, ginger! Got something real sharp to show you, man!"

The kid tossed his cig to the gutter and said, "This, ya little squirt!" In a flash and a flick of wrist: a gravity knife, the blade in Red's face. Everything rose to high detail: the clean blade to his nose, and at the same time: the teen's denims held up by a garrison belt, his Keds high-tops, his motorcycle jacket, the mica-embedded sidewalk, the drugstore's brick wall. All seemed more real than real, and closing in. In Red's nostrils, a high-pitched scent, like ammonia; in his mouth, a coppery taste. Red felt faint. The girl leaned on the boy, her hand on his shoulder; she smiled dreamily and cracked gum. She tossed her auburn hair and said, "Don't be too rough on the kid, Chance."

Briefcase in paw, the knife at his back, Red did as commanded. His knees were wobbly and he felt ill, but he placed one foot in front of the other like a condemned man on his way to the electric chair. He held onto his wits by praying to the Blessed Mother.