The Incredible Hassle of Puppy Adoptions 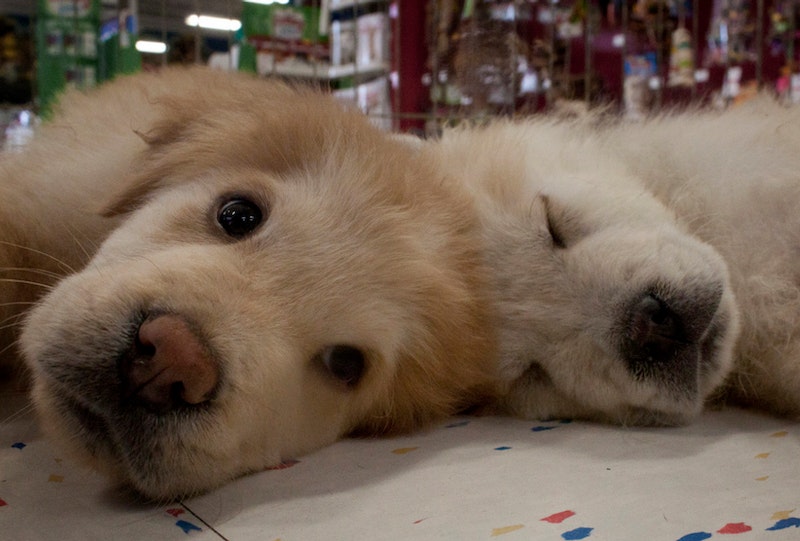 I got my last dog from an ad in the local newspaper. She was a mutt from a litter of puppies that were born on a farm not far from me. She was free. My dog before that was a pedigree Golden Retriever who I purchased from a local and reputable breeder. The cat I own was the son of a pregnant stray we adopted. Seems like finding or buying a pet was easier in those days.

Now that my dog has died of old age, and Ivan, my cat, is 15, I’m thinking of starting over and adopting a puppy. Problem is, it’s now politically incorrect to buy from a breeder or online ads as they may be puppy mills in disguise. With the enormous surplus of homeless animals in this country, I’d like to do the right thing and adopt from a rescue organization but it’s a lot of hard work.

I admire the volunteers and their dedication, but the process is endless and in some cases never finalized. I saw the sweetest border collie mix named Wilma on one of the rescue sites. I sent a message and was asked to fill out a six-page application. The link to the application wouldn’t work so I scoured the site for a “Contact Us” button to report the issue. A representative sent me a new link to print out and submit via mail. I never heard back. Several weeks later, I sent a third email and was informed that someone would be contacting my vet and the three references I provided. So much time had passed since my submission that I realized that one of my references was now in Italy. So I had to supply an alternate.

Several weeks passed and finally my application was approved. I was told someone would call me for a phone interview. One week passed. No call. Then one day, as I was walking into my yoga class, I noticed an incoming call from a Virginia area code. It was my phone interview. I had to postpone it until the following evening. During the interview, I mentioned that I worked from home so would be with the puppy most days fulltime. I also told them my husband worked part-time in Philadelphia and part-time in Maryland. “That won’t work,” they said. “What would it matter?” I asked. What if I were single and applying? What if my husband were a pilot or a truck driver? I was confused. “I’ll have to check this out,” she said, “And by the way, Wilma has been adopted.”

Over a month had passed and the interrogation still wasn't over. Another volunteer emailed me that she was looking for someone to conduct a home inspection. A week elapsed and no inspection. I sent an email and finally someone came by and I had to take them through my house room by room. After showing the woman the downstairs, I said, “You don’t need to see the upstairs do you? “Yes,” she said, “In case you are hiding animals there.” I felt offended and uncomfortable walking her through the privacy of our bedrooms. I did it, skipping the bathrooms but letting her know there were no exotic animals concealed in them. She didn’t laugh.

I haven’t seen any young puppies on the website lately so I filled out an application from another rescue and was approved. Again, I saw the cutest Border Collie mix puppy but when they finally responded they told me I was too old to have a puppy. Is that discrimination? I’m more active than many of the young people I teach in my fitness classes and my family and I spend most of our free time outdoors.

I saw a woman in the Petsmart parking yesterday. She had the cutest Australian Shepherd. She gave me the business card of the breeder less than an hour away. I’m tempted. I wont have to fill out the six-page application and spend hours online. I’ll just have to write a check and I’ll have my puppy.