A Look Around the New York Transit Museum 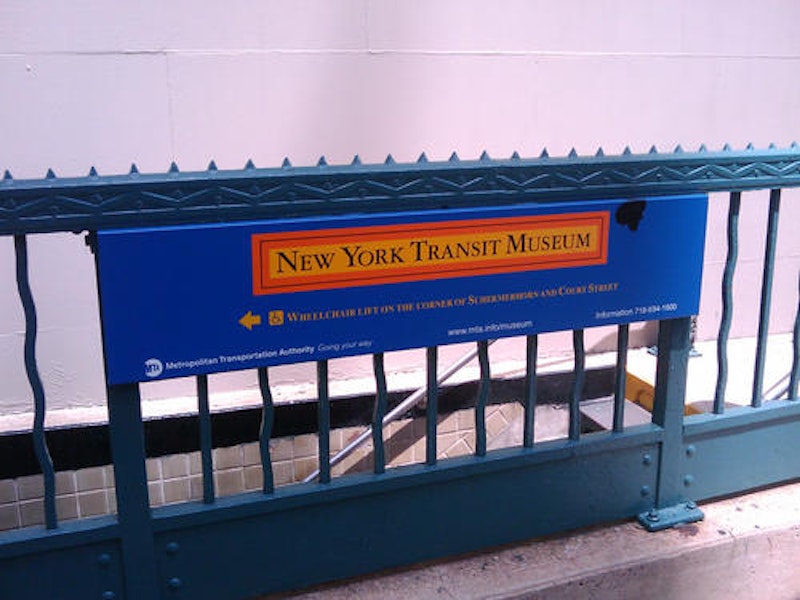 The New York Transit Museum is a venerable depository of NYC transit history, replete with ancient subway cars and station ornamentation, turnstiles, signs and exhibits, the collected history of a 112-year-old system. I have been a  member for many years and my card is the price of my admission.

The museum is located in the best-maintained abandoned station in the system, the IND Court Street station at Boerum Place and Schermerhorn Street. When it was in passenger service from 1936-1946 it was a shuttle terminal, with the tracks connected to the IND 8th Avenue Line (A, C) and IND Crosstown Line (G) at the Hoyt-Schermerhorn station. When in service the shuttle had the designation HH. The platform was in use again from 1959-1981 as the western terminal of the Aqueduct Special, an express service to Aqueduct Raceway, and it has often been used by motion picture producers who wanted the authentic appearance of a NYC subway station.

The lower deck of the IND platform at 42nd Street, now destroyed because of excavations for the #7 Flushing Line westward extension, was also used as a terminal for Manhattan railbirds. On July 4th, 1976, Court Street began its career as the home of the NY Transit Museum, originally slated to be a temporary exhibit, but it never closed, and has now been established permanently, with upkeep largely done through member contributions, public funding, museum store sales, individual donations, and public admissions.

Here are five pieces  of the Transit Museum’s voluminous collection. Go early. You’ll be there all day. 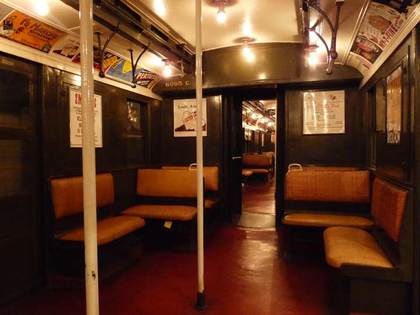 Car #6095C, one of three BMT D-Type Triplex cars in the museum; built in 1927, these cars were mainly used in southern Brooklyn on the routes going to Coney Island, such as the Brighton (today’s B and Q) and West End (today’s D), as well as 4th Avenue local (R). These cars were the first that were built to show a route designation in the front (from the 1920s up to the 1960s, BMT routes carried numbers) and twin lamps in the front (various combinations of red, green, yellow, white) that were used to signal route designations. This system lasted well into the 1980s and was handy in stations that supported several lines. For example, when waiting at DeKalb, if I saw a train approaching the station, I could identify the R train from the two green lamps on the top of the car, as well as the headlamps. Why modern traincars weren’t built with this feature is a headscratcher. The trains are called “triplexes” because they consist of three articulated, or attached, body sections. Since 1940, no articulated cars have been purchased for the NYC subways, though bringing them back is an interesting idea, since it would make it easier to move through cars (think of the two-section articulated buses in use on certain routes around town).

The Triplexes were in continuous service for 38 years, from 1927 to 1965. Think of standard subway car decor between then and now. These older cars are reminiscent of the golden era of railroading, with olive green riveted metallic surfaces, wicker seats and incandescent lighting. Compare the modern R143 and R180 cars—they look like dentists’ offices. 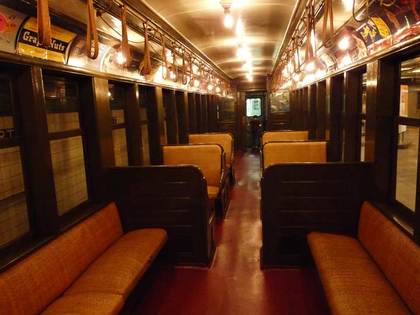 Can you imagine a modern-day seating arrangement like this on a subway car? Newer Long Island RR and Metro-North cars have facing seats like this; it’s a more anonymous age and, except in the case of calamity, there’s not much interaction going on. This is the #1407 “BU” elevated gate car used on Brooklyn Rapid transit elevated lines beginning in 1903, making them the oldest in the Museum collection. The name “BU” comes from the Brooklyn Union Elevated, one of the last elevated train companies in business before the BRT was organized in 1912 and absorbed the other lines.

The cars have woodframe bodies and though they are stored on the museum’s underground tracks they have to be pulled by steel cars and, by law, passengers cannot ride them while they are in the tunnels. They have been used for outdoor excursions in the modern era. Some of them were in use on the Myrtle Avenue El until 1969, but they had to be converted to closed cars to run there—they had been built with open platforms in which a trainman opened or closed gates when entering or leaving a station. 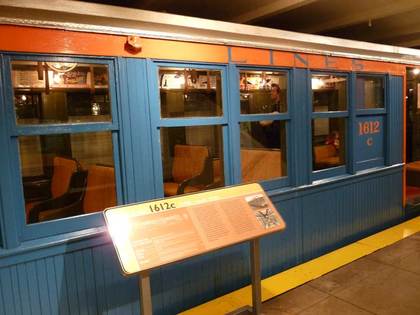 1612C is a Q-type elevated car and is the same car as the BU elevated gate car built in 1903, but with the end gates enclosed to make it operable in tunnels, as it did when the Qs were produced beginning in 1938 to run on the Flushing Line to the World’s Fair of 1939-40. Later, the Qs were employed on the Myrtle Avenue El until service on that line came to an end in 1969. It’s intriguing to think that while men walked on the moon for the first time and the Mets were driving to their first pennant, the Myrtle Avenue El still was a stalwart. 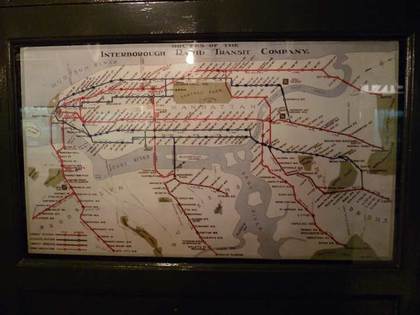 The earliest subway maps were hand-drawn and hand-lettered and depicted only the subway division in whose cars they appeared. The Interborough Rapid Transit and Brooklyn-Manhattan Transit were competing companies separate from each other, even though in some cases they ran in different parts of town. It should also be mentioned that while the IRT controlled subways and els, the BMT ran subways, els, surface lines (trolleys) and buses. In 1925 the city began building its own independent subway, and took over the other two lines in 1940 to unify the subways under one service banner.

The unification allowed comprehensive subway maps showing all three divisions to be produced. In the late 1960s a radical version produced by Massimo Vignelli ignored geography in favor of overall unity of design, but it only lasted a few years. Today’s official maps are based on designs submitted by John Tauranac in 1979. 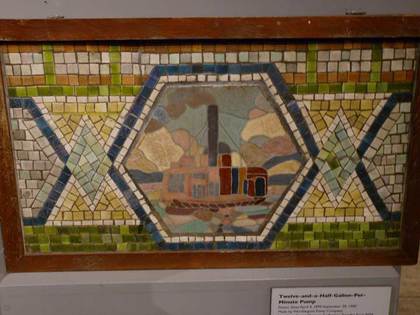 When the IRT Cortlandt Street station opened on July 1, 1918, these Squire Vickers-commissioned mosaic plaques depicting the old Cortlandt Street Ferry to Jersey City. They were removed in a station renovation several years before 9/11. When the station does reopen, perhaps a home for this Transit Museum piece could be found there.

Many similar mosaics depicting long-gone structures can be seen in BMT and IRT stations. When New Yorkers notice them at all, most have no idea what is being depicted.