She'll Try to Civilize Me

Moving in with my fiancée. 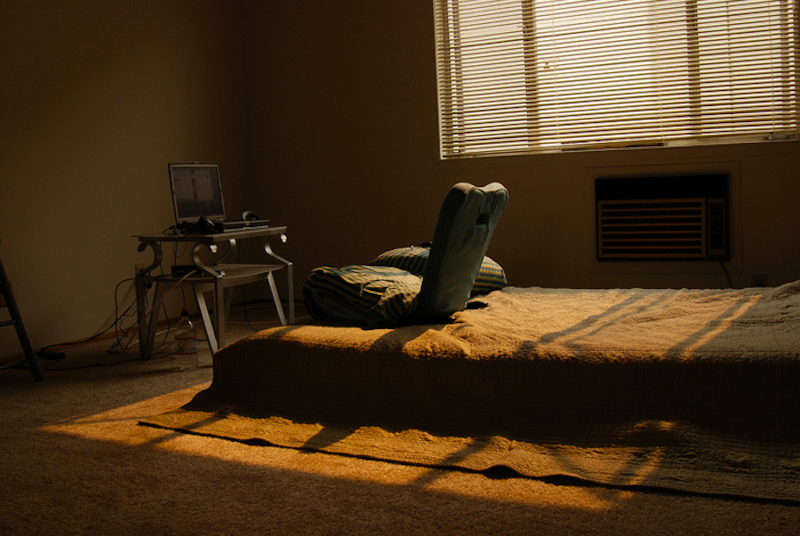 I'm getting married in less than two weeks. That means moving into a new place, in Blaine, Washington, accompanied by much groaning and straining of middle-aged muscles. The missus had it much worse than I do. Anj had to pack all of her stuff, itemize it, print out a long list and move it over the 49th parallel in one go. Under the terms of her fiancée visa, my Canadian bride-to-be is barred from re-entering her country to see friends and family until she gets a “readjustment of status,” several months after the wedding. She's also barred from working in the U.S. until that point. So making ends meet should be fun, eh?

Neither of us had much furniture, which made things easier for the first phase of the move, once the border guards figured out how to process that sort of visa. We managed to get her stuff out of the U-Haul and up the stairs in a few hours with the help of her dad and a few friends who we tempted with pizza, beer and a chance to see the new place. We lucked out there. It's the upper floor of a newish two-story building with a view of the bay and the harbor and of White Rock, British Columbia, to the North. Watching the sunsets from the balcony alone should be worth the price of admission.

There are downsides to not having furniture, unless you want to sit on the floor. We had a mattress but no bed yet for Anj's first night in Blaine. Yet filling out a place on a bargain budget can be rewarding. I brought the one nice desk chair from my soon-to-be-vacated place. She haggled for a pair of Japanese bar stools from a furniture consignment store for 30 bucks. I bought a couch-loveseat combo, delivered from Fred Meyer, for less than you'd pay for just a couch at most places. The living room sports a TV, not a flatscreen, on an old coffee table. A rickety round card table off the kitchen serves as a placeholder until she finds the right table at the right price.

Making a home together is going to be a learning experience for both of us, but more for me. Because, let's face it, I am at least a few parts savage. Dresser? Don't have one. Washer-dryer schedule? Why bother when you can just go to the laundromat and do a giant load every three weeks? Cook? Why, when you can just go to restaurants? Budget? That's made of plastic, right? I've lived with roommates for most of my adult life. Yet few of them were women and none of them ever aimed to civilize me. They wouldn't dare.