My First Dose of "Trans Tablets" 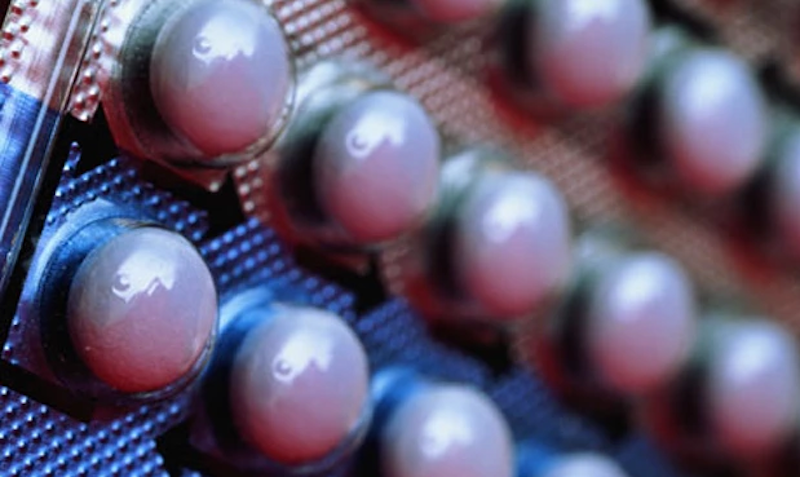 Normally, when one swallows a handful of pills and chases them with a swig of Merlot, that’s an indication the popper has something of a drug problem. In my case, though, it was mainly a sign of relieved celebration.

This past Wednesday, I wasn’t chugging painkillers or ill-gotten Adderall. I was merely washing down (in a festive fashion) my first dose of what the transgender community playfully calls “titty Skittles,” “Fem-N-M’s,” or—if you’re not feeling jovial—simply “hormones.”(Or, if you still are, “whoremoans.”) I prefer my personal nomenclature: “trans tablets.” I feel it has an air of distinction.

The path to getting those potent little pills wasn’t easy, but not because of the problems most transgender people face. Millions of trans folks—trans men, trans women, and non-binary people like me—are forced to go through a grueling gauntlet to prove their gender identity to the world before their doctors accept them as “legitimately” trans, and we’ll never know about the vast majority of their struggles; the suicide and homicide rate among transgender people across the globe is so ludicrously high, many don’t even make it into the nascent stages of their transition before their death. I’m one of the luckiest ones: within a month of my decision to seriously pursue hormone replacement therapy (HRT), I got a prescription for three vital medications that’ll help me reclaim my gender.

What complicated my path toward getting on HRT wasn’t strictly external, but internal. I wasn’t sure if this was the right thing for me to do, mainly because making a big decision of any kind tends to paralyze me. I can barely settle my social plans for the next month; how could I possibly decide to reshape my body over a course of several years? I currently identify as genderfluid, which means my experience of my gender role and presentation shifts from day to day; how could I possibly reconcile making a permanent change to my physical form and still maintain that identity?

But during the years I spent agonizing over the most important decision of my life to date, I kept returning to one inescapable truth: my inability to decide on a course of action wasn’t based on my gender identity—it was just a byproduct of my overall reluctance to commit. I like having an eject button in my life; as John Mulaney so aptly quipped, “Percentage-wise, it is 100% easier not to do things than to do them.” That applies just as easily to abandoning a movie date with friends as it does to a shift in one’s physical gender presentation.

One night three weeks ago, as I curled into myself in bed and battled against a general sense of disease with my body—at once a novel and familiar feeling of dysphoria, an idiosyncratic feeling I will explore in a later column—I forced my brain to confront the most important realization of my 25 years: even though I vacillate between identities from day to day, week to week, I am unable to accept a scenario in which I still live in my entirely-too-masculine birth body at age 50. Should I become an “old man” in any conceivable way, I bluntly acknowledged, I would inevitably become one of those transgender suicide statistics—despite other societal privileges.

So I made a change. I managed to get an appointment with New York City’s busiest (and gentlest) transgender doctor, and arrived terribly anxious; though a pleasant cisgender nurse put me mostly at ease (”Take off those cute boots and step on this scale. Who did your eyeliner?”), I didn’t know what to expect until it was all unfolding in front of me. The doctor entered, we discussed what I want most from HRT (fat redistribution and some effects on body and scalp hair), and I left her office with not just a full set of blood work and STI labs, but a comprehensive starting array of meds that will allow me to work towards a unified identity that is more wholly mine than anything I’ve ever known.

As I write this, I’ve taken two full doses of ‘mones, too little to have any noticeable effect. But every so often, I sense a slight tingling in my extremities, as though my blood and marrow recognize a shift: “We know what you’re doing,” they smirk. “And may we say, it’s about Goddamn time.”

Or maybe it’s just the wine. After all, a girl’s got to have her vices.