The Happy Girl at the Beer Stand

One more woman I almost knew. 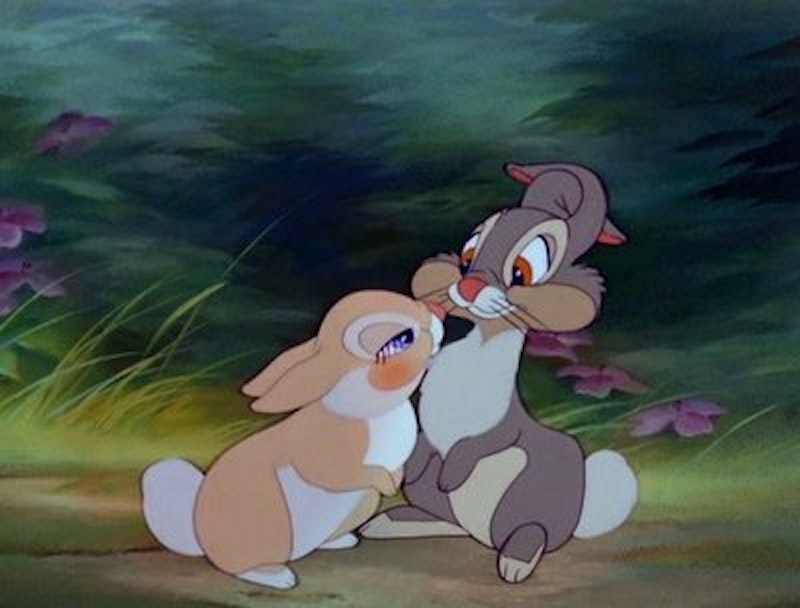 A few blocks from where I used to live there was a street that had been paved over as a pedestrian zone. One summer evening I passed along there and saw a stand that’d been set up, and the two formidably hot young women who were heckling the men who walked past the stand. “What’s the matter with you? Stop!” the women said. “It’s free beer. What’s the matter with you?” Or words to that effect. The stand had been decked out with posters and banners for some brand of beer, I forget which, and bottles of the beer were available in a cooler. Free bottles, as the girls assured us.

The girls looked like they’d stepped off a poster, the sort you see taped up in a deli where middle-class women don’t visit. Midriffs, chests that went out to there, shiny hair hanging down. Whatever the girls wore, it seemed ready to climb inside the various taut declivities presented by their bodies. The girls were strikingly tall and they were in a bad temper. There are hot, styling, bitching young women who are perfectly agreeable and decent-natured. But there are others who aren’t and it’s remarkable how petulant they can become. When large they’re frightening. When small too, but even more when large.

I walked past the girls as their reproaches fell on me and the other men. Then I walked home with my beer from the grocery. Possibly I walked a couple yards more distant from them. After that a year passed and then I thought of those girls again. That’s because the beer stand was back and at it stood a young woman. Brace yourself, this is a Gallant and Goofus contrast. This new girl was a delight. You could tell on looking at her, and the truth dawned even brighter after a few moments’ conversation.

Yes, I stopped and said hello, and we kept talking until I saw a young fellow with a little beard hovering within range and coolly awaiting his turn. I don’t have the spine to withstand that; nor the heart, really, because a presentable young chap ought to get his chance at talking with a bright, sunny, lovely young woman. During my couple minutes on deck, a stump-shaped man in middle age—he had a black pony-tail that stuck out behind, and a nose that stuck out a similar distance in front—darted forward to hand the girl a bottle of water. I don’t think she’d asked for it, and I had the impression that he’d been hanging about through the afternoon. She accepted the bottle with a smile and thanks, and she announced to the air, “People thought I’d be harassed and instead everyone is nice.” Or words to that effect. The relationship between the two, girl and man, reminded me of a Disney cartoon where the damsel is borne a flower by Thumper the Rabbit.

He didn’t look like Thumper, naturally, but she didn’t look like a girl from Disney. Here I bring up a point I’ve discussed before. Girls of cookie-cutter prettiness are fine to look at. So are hot girls of the beer poster type. And so are many other girls. This last was the group she fell into. Somebody who wanted to draw a pretty girl wouldn’t think to make the shoulders that narrow or the arms so thin. But the person might draw her with the same slim upright spine, the same eyes and chin, the same cheekbones. Well, no, not the same cheekbones, since her face didn’t have the width you’d see on a pretty girl in a picture. But in practice her face reminded you what range prettiness can have.

Her name was Alice, she was studying computers, and her parents had come over from England when she was little. I didn’t ask how and why she’d signed up for the beer gig, which is too bad, but I think we established that it was a one-off. She was droll about the beer company’s motives. “They figure free beer, a cute girl, maybe people will buy something,” she said.

Brightly I said, “They’re almost right.” Because I didn’t mean to buy any of the beer.

Her eyes widened and then she gave the kind of laugh you give when you’re surprised into laughing. I wasn’t saying that she just missed being cute. I was saying that her cuteness wouldn’t get me to buy anything. So I was saying she was cute and that everything else about the set-up was a joke.

The two of us laughed at that and I felt the rare champagne tickle you get when a specially arranged compliment goes over. Then I let the boy with the beard have his place.

Don’t think that the point of this is “Not all men.” Most of us know it isn’t all men; the problem is that it’s plenty. As I see the matter, my friend Alice took a chance. Maybe not a big one, but a chance, and it paid off. She was brave enough to trust human nature and it worked. Signing up for some pocket money and the risk of dealing with jerks, she found a string of men eager to let her know how happy she made us. I think she was an intrepid and warm-hearted young woman, and that combination makes (probably) for a life full of good things. The years fill up with moments like that afternoon, with mundane but lovely examples of what life can be if you do it right.

That thought doesn’t make me happier about my own life, but it does show the enterprise can be worthwhile. The afternoon in question also prompts another thought: somewhere there’s a beer-marketing guy who’s much smarter than I would have expected.