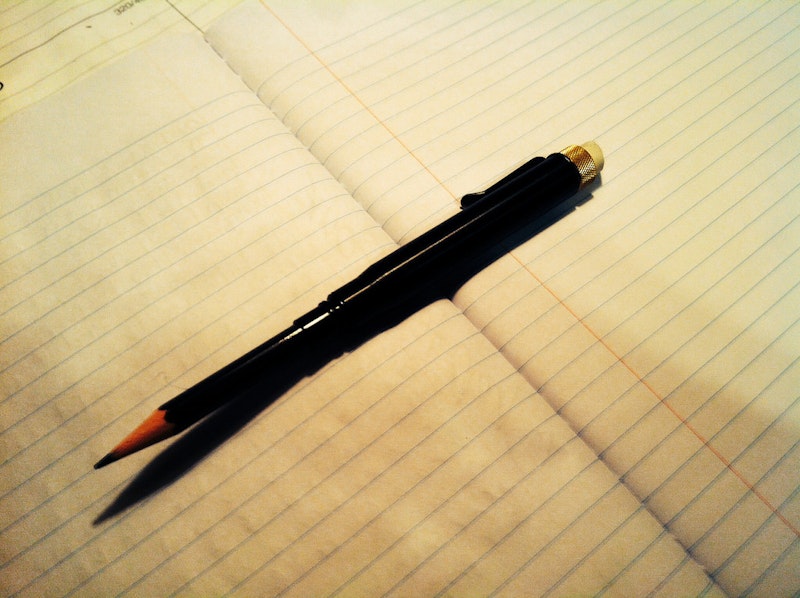 At the end of last year, I got a mass email in my inbox, informing me that a culture editor I'd been working for at one of my main outlets was moving within the company. I'd be working with another editor going forward.

The email was professional and cheerful. But I could read the subtext easily enough. "You, Berlatsky," it said, "are about to be cast into the outer darkness, and none shall read your byline. Seek thou other gigs, and despair."

A couple of months on, and I can report that my forebodings were correct. I managed a couple of new articles under the new editor, but then all my pitches were rejected. I still send a pitch to the new editor occasionally, out of habit, or out of malice, or just to hear the data bytes echo bleakly through my inbox. But I know it's over. As with any break-up, I have to heal and move on and not despair whenever a pop culture article from the venue where I used to write scrolls past my Twitter feed.

If you're wondering how I knew I was screwed when my editor moved on, it's simple. I'm always screwed when an editor moves on. I can think of maybe one case in which an editor left and the next one continued to use me. Otherwise, an editorial change has always signaled the end. My tenure at The Atlantic, my biggest client for years, ended painfully and ignominiously when there was an editorial shift. Same at Salon, where I had a weekly column for a while, and then nothing. In one instance a few years back, the new editor was actually an old colleague… but it didn't matter. I was still out on my ear.

Sometimes, old editors just stop responding to you for no reason. I've definitely lost gigs without the editor moving on. An editor staying isn't a guarantee. But an editor leaving is. If writing were a meritocracy, this wouldn't happen. If I’m writing regularly for gesundheit!, then presumably I have the wit, the imagination, and the voice that gesundheit! craves. My prose is up to gesundheit! levels; my viral content is viraling in the gesundheit! manner. Old editor or new editor, my work is my work, and gesundheit! thought that work was okay. The announcement of a new editor shouldn't mean despair and resume updating.

The truth, though, is that writing is not a meritocracy. Instead, getting writing jobs is like getting most jobs. Skill is less important than networking, luck, and personal compatibility. Editors may or may not like your work for a whole host of reasons. Maybe there's someone else writing about comics who's a friend and they'd rather work with them. Maybe you pitch too often. Maybe you don't pitch often enough. Maybe your pitches are too detailed or insufficiently detailed. Who knows?

Any magazine with a halfway sizable profile is deluged with freelancing pitches. If you're a freelancer, you're replaceable—because if you weren't replaceable, they'd put you on contract, right? Editor A and editor B are at least slightly different people. The probability that whatever you had with A will be 100 percent as workable as whatever you have with B is small. It's easy to be bitter when you lose a gig. But it's not really the editors' fault. Yes, it's irritating when new editors don't have loyalty to established writers. But no one has any loyalty to the editors either. That's why they move in and out with such dizzying speed, scrambling from publication to publication in a sprint for more visibility, respect, and stability. In a media economy characterized by constant churn and instability, practically everyone associated with journalism is told, constantly, in large ways and small, "You don't matter." Editors are just doing what they're hired to do: pass the message on to the freelancers.