Ghost towns across the USA. 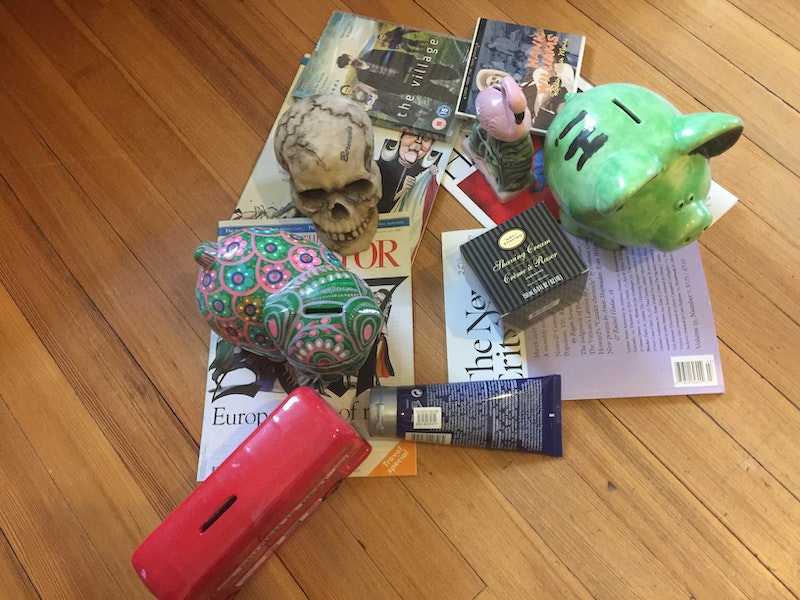 Several weeks ago I wrote about a Barnes & Noble outlet in Towson, MD, poking fun at the once-formidable chain’s state of disrepair, with a depleted stock of books and the Hail Mary gambit of selling vinyl records—about eight years too late and pricey—to lure in customers. Turns out that this particular B&N is closing in May, making way for, what else, a condo project. At first blush I was dismayed, but about 10 seconds later smacked myself on the head and realized that it was a bum store anyway.

My son Booker was at the adjacent Towson Town Center on Monday—he was patronizing the maddening AT&T store to get an iPhone upgrade—and while there did an errand for me, picking up a few items at the Art of Shaving boutique. I like the joint, impeccable service, but it’s never crowded, and sure enough, as Booker found out, its days are numbered, as well as the Williams-Sonoma. The struggling Macy’s, outfitted as an anchor (twinned with the not-yet-moribund Nordstrom), is bound to bite the dust too, due to slack sales and e-commerce. Macy’s has an entrance to Towson Town, and as he was tramping through the aisles, he heard an elderly woman say, “This isn’t the Macy’s I used to love!”

I was never a fan of any Macy’s, but of course at one time it was an iconic brand in American culture, at least to Boomers like me. But, as Booker said, summarizing its problems, no one his age would give Macy’s a second thought. Decades ago, places like Macy’s, Gimbels, and Saks Fifth Avenue (and here in Baltimore, the Hecht Co. and Hutzler’s) were the Amazons of their day, stores jam-packed with all the clothes, appliances, Christmas decorations, bedding, candles, vases, and toys for the tots. The mall in America is dying at a quickening pace, and I doubt it’ll be missed. Once a sometimes necessity, I always found shopping at malls an unpleasant experience, and I don’t mourn this mid-late 20th century staple of Americana. (As a teen decades ago, I frequented the Walt Whitman Mall just outside of Huntington, New York, but it was in-and-out, a stop at Sam Goody’s, maybe chicken wings from Cookie’s, but I never hung out with friends, unlike the youth of the 80s.)

But enough about failing retail outlets. The other day, on my lunchtime walk to get coffee—my regular caffeine technician got cross when I became a bit testy with a trainee who was screwing up the order; we’re slowly patching things up—I spied a crusty old penny on the street and, swear to God, raced to pick it up and put it in my pocket. There wasn’t another soul in sight, not as if there would be any competition, for there aren’t many of us who snag stray coins in the street, and I felt like a hobo from the Great Depression. As I’ve written before, this is a habit I can’t shake from my youth, when chancing upon loose change was a bonus for the day.

So it’s a tic, I guess, a peculiarity that’s about as common today as a Macy’s customer. Still, as the picture above shows, it’s almost time to empty more than a dozen piggy (and tiger, pink flamingo, London kiosks, a skull, and cups made by my kids years back) banks that are now full after two years. Booker and I have amused ourselves at spaced intervals, dumping each container on the floor, and competing to see who can find the most “wheat” pennies, pre-1964 quarters with actual silver, Lady Liberty dimes and, on very rare occasions, buffalo head nickels. I’m not a coin collector: the oldies we filch from the mass of coins are beat up and wouldn’t fetch much more than face value on the market. No matter: I like to keep them as curios of another age, much like metal hotel keys instead of swipe cards (most elaborate and fancy in Paris), expired passports—set for replacement in the next decade, probably with a chip in a front tooth—with all those great stamps marking where you’ve traveled, and baseball tickets from memorable games. Aside from printed, as opposed to digital, photos, I’ve little doubt that most of the “junk” I’ve collected over the years will be trashed upon my demise, but hell (oops!), at that point it won’t really matter.

I’ve no sense how much paper currency we’ll net—after the bank’s cut—this time around, but I’m going with $1,500. Mad money, as my mom and her contemporaries used to say.