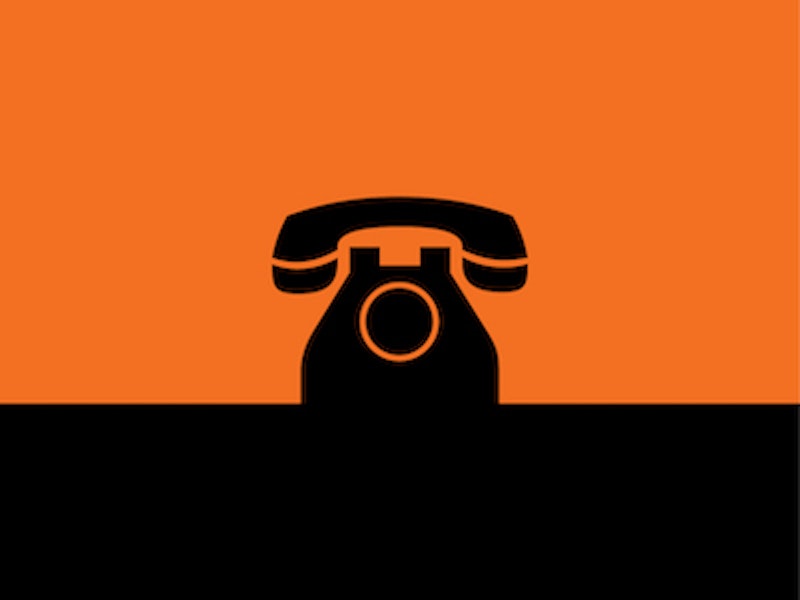 His hand, like the rest of him, was pudgy. His fingers were short, stubby, and his palm was typically moist. As he watched TV, fuming over a local news story of a motorcycle gang creating havoc, he rubbed his upper lip and thought, "Disgusting beatnik perverts. They should be exterminated." Sitting in the rec room he listened to his parents bustling about, getting ready for a Saturday night on the town with Mr. and Mrs. MacTavish: The Sound of Music at The Glenville Stage Company, followed by dinner at The Silversmith Inn, before retiring to the barroom for bonhomie and conversation. They wouldn't be back until late, 10 or 11. He couldn't wait for them to leave. Ever since Margaret had gone off to junior college, it meant he had the house, a sprawling ranch on a wooded cul-de-sac, to himself. His homework—geometry, a review of Elmer Gantry, and chemistry—were done last night, leaving him free as the first robin redbreast of spring.

After they pulled out of the driveway, he waited 15 minutes, timed it, before he made his move, wanting to be certain his parents were well on their way, beyond the point of return for a trivial matter, a lipstick or pipe tobacco. To pass the time, he listened to his shortwave radio, tuning in Oslo, then Jakarta. "Neat," he thought. He found Radio Free America playing The Drifters. Somehow the song sounded better, fresher, knowing it was beaming through the Iron Curtain. He tapped his foot to the bluesy beat while taking a certain pride in his shortwave, a Heathkit. He'd assembled it, even the soldering, all by himself, part of earning a merit badge, one step closer to Eagle Scout.

Entering his parents' sanctum sanctorum, their bedroom, Anthony sat on the side of the bed and dialed Abby Loomer, the young divorcée down the street. It irked Anthony, as well as his parents and Margaret, that a divorced woman lived on Lisa Lane. A blot, a stain. After a few rings, Abby picked up. "Hello?"

"Really! Oh my, I love Reader's Digest! I have a subscription! How much money?"

Si! Mucho moh-nee!" He rubbed his palm up the back of his head, but didn't even feel the bristly crewcut against his tender, almost feminine, palm.

"Si! Si!"  He now ran his palm along the side of his calf, up and down, slowly. He gave the top of his sock a tug.

When he was younger, Anthony didn't have the self-control he had today. He'd burst out laughing and hang up in the middle of a prank call. But then he'd read, in a newsweekly, about method acting and Lee Strasberg. From there he researched at the library. He taught himself to become a role, actually believe he was the character he represented. He could perform an array, an arsenal, of voices gleaned from cartoons and sitcoms and commercials and movies: Maurice Chevalier, Maxwell Smart, James Bond, Daffy Duck, on and on, with a perfect poker face and complete conviction. To remain deadly serious, he focused on the saddest time of his life, the death of his grandfather.

There was the time he absolutely cracked up homeroom by reciting “The Gettysburg Address” in a Jimmy Durante voice, never once showing so much as a hint of a smile. Even Mr. Boucher laughed, and to get Stone Face Boucher to so much as grin was something else. Before anyone could catch their breath, Anthony launched into it again as Mister Ed.

"Who is this! I have half a mind to call the police! What filthy language!"

Anthony quietly hung up while she scolded, then burst out laughing, uncontrollably, for a minute or two. After he calmed down, he walked to the kitchen. There he doubled over in laughter, laughed so hard it hurt, really hurt. He couldn't get his breath for a dizzy moment and plunked down on a kitchen chair, gasping, wiping tears from his eyes. "Oh, man! I got her! I got her good! But she ain't seen nothin' yet!" To regain his bearings, he conjured the memory of Grampy in the open coffin, and got to brass tacks. He zipped up his navy windbreaker, donned a black ski mask, and a dark tartan scarf. In the jacket's pockets went a pair of wire cutters, a tin of his dad's lighter fluid, a pack of matches, and a small revolver, a .22 he'd swiped from a neighbor's garage last summer. He checked to make sure it was loaded. And he clicked the safety off, action ready. Then out the back door, into the pitch black of a brisk autumn eventide, into the woods that skirted the backyards of Lisa Lane, hiking to the back of Casa Loomer.

At Abby's home, Anthony pulled out the wire cutters and snipped the phone line, muttering, "Mission One, accomplished!" Then a stealthy saunter around to the front. He stared at her through the picture window for a few minutes. In her living room, she was nursing a sherry, basking in the bluish glow of The Jackie Gleason Show, her slippered tootsies propped on a hassock. Anthony's face was so close to the window he had to back off because his breath fogged the glass. He liked watching her, knowing she had no idea what was about to hit her. "Idiot," he thought. "Stinking... rotten... idiot."

Anthony leaned over and rang the doorbell. Abby put aside her glass, gently on an end table, and went to the door. As she did, Anthony trotted around back, waited for her to call into the night, "Hello! Who's there?" Then he banged on the backdoor and retreated to the shadows, wrapping the .22 in his scarf to help muffle the next gag. He heard the front door close. When she opened the back door, before Abby could even get a word out, he fired the pistol in her direction, purposely missing her by four or five feet, splintering a piece of shingle off the house.

Abby slammed the door shut. From shrubbery, Anthony peered into a side window, spied as she tried to call the police. But of course the line was dead. Frantic, she screamed.

"What a dingbat," he thought before tapping on the window with a rock, accidentally cracking the glass. She backed away, a hand over her mouth.

Anthony squirted a squiggle of lighter fluid onto the lawn and lit it, the fire seeming more dramatic in the night than it really was. "Perfectly harmless," he thought. "It'll burn out in a few minutes, ground's damp. But the dumbbell will crap her panties."

Then a dash into the woods, leaves crunching underfoot, and back home. In his parents' bedroom, he dialed Margaret's sorority house, hoping she wasn't out on a Saturday night.

"Hey there, Anthony boy! What's happening?" He told her all about his adventure, no need for embellishment.

Between hoots of laughter, Margaret said, "Man, oh man, oh Manischewitz! Anthony, you’re my hero! Oh Gawd, we gotta get Loony Loomer out of the neighborhood! Burns my biscuits that a divorcée lives on Lisa Lane. By the by, your birthday's coming up. What can I get for the little brother who has everything?"

"Wouldn't you rather have a Beatles or a Rolling Stones album? They do Chuck Berry songs better than smelly old Chuck Berry."

"Ugh! Are you kidding? The Bleat-les or The Rolling Uglies? Yuck! Pantywaists."

"Yuh, Fairy Lewis & The Plowboys," he snorted before glancing out the window. Margaret laughed, but Anthony was distracted and sat up, noting a police cruiser, bubblegum machine flashing, pulling up to Abby's. He said, "Holy Commissioner Gordon, Batman! The coppers just pulled up to her house!"

"Oh goody! I hope they have their way with that you-know-what. She does not belong on Lisa Lane! Put her in a cathouse! With all the other divorcées! Hey, what else is happening on the homefront?"

"Aw, those idiots, Satan's Servants, were on the news again. A rumble between them and some clods in the parking lot of The Spot. I really hate those bikers!"

"A bunch of greasy drug addicts. I heard they're hooked on marijuana, LSD, and heroin. And those beards! They should be arrested."

"No doubt whatsoever. Remember what they did to that girl last year? If I were the governor, I'd send in the State Guard, round 'em all up, all of 'em, no trial or anything, and just exterminate 'em."

"That's my little brother! Gotta go and hit the books! See ya soon! Thanksgiving! Love to Mom and Dad!"

After hanging up Anthony felt a tremendous letdown, an undertow of fuzzy emptiness. The edge of his parents' firm mattress digging into the backs of his thighs, he drifted from numb to agitated. He stood and shook his arms, walked around the house for a bit, but he couldn't kick the ill feeling. In fact, it intensified.

Then he knew what he needed to do, and there was still time before his parents returned. So, back into his jacket and ski mask. Before he knew it, he was crawling Abby's backyard, up to her house, a yardstick in hand. He couldn't remember getting there, or taking the yardstick out of the hall closet. He was simply there, as if dropped in from outer space. On the other side of Abby's forsythia bushes lived the Skeens. Anthony shrugged, they were sort of okay, but Mr. Skeen was a contractor, not an executive or a lawyer or a copywriter. He drove a Ford pickup, not a Buick or a Cadillac like the other dads. And certainly not like Mr. Amberson who drove a Riviera to work, and an MG on the weekends. "Still, gotta admit, Kathy is pretty sexy. But I'd never ask her out. That pickup, even if it is brand new. They're bush league. I'd never hear the end of it. The guys would give me the business from now until doomsday."

Cautious because he figured she'd be on her guard, Anthony crept to where he knew her bedroom was. He stood, planning to first scrape the yardstick along the window, to spook her, then give the window a stern rappity-rap-rap. But before he could do a thing, lights hit him, blinding lights. A man's voice boomed, "Freeze! Make a move, I pull the trigger!" Two cops were on him in a jot, guns drawn. The first cop to get to him slugged Anthony in the mouth, knocking out a front tooth. Then both were pummeling away with nightsticks, on the head, the ribs, the kidneys, no escape, no mercy. They cursed him with a fury. Anthony desperately wanted to say, "Hey! I'm not a criminal! I'm just a kid! My parents will be home in a jiffy! They can explain!" But his jaw was broken.

On his seventh birthday, Anthony's grandparents took him to the state fair. He declared he was too old for a merry-go-round ride; he wanted the tilt-a-whirl and the Ferris wheel, big boy stuff. For lunch he ate two entire hot dogs, French fries, and a glass of root beer, his favorite meal. After they dropped Grammy at home, Anthony and Grampy went hunting, Grampy with his old Remington rifle, Anthony with his Daisy BB rifle, the birthday present from his parents. They didn't get anything. Grampy told him, what with housing construction and all, things weren't what they once were. And they didn't talk very much, other than Grampy pointing out forest lore, about lichen, or the differences between maple and beech and ash leaves. Mostly they were quiet, tramping through the woods, together, two men doing a manly thing, the sky a brilliant blue. It was the happiest day of Anthony's life.