Thoughts From a Church Pew

Will we be rescued? 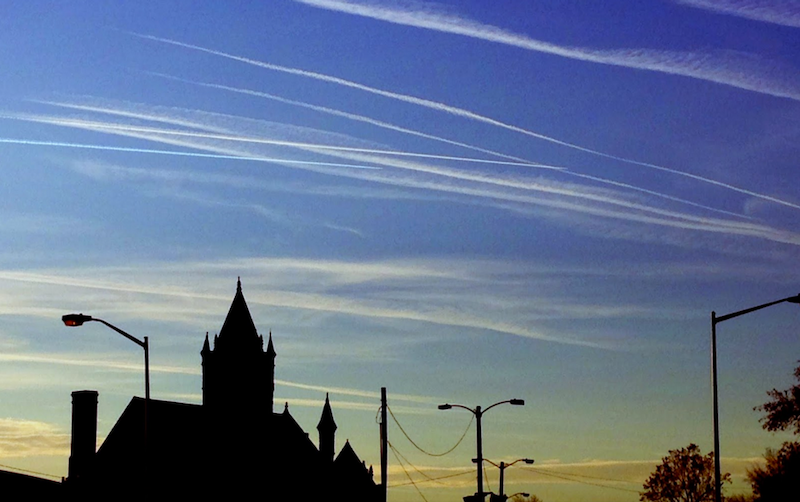 A few weeks ago I was sitting alone in the back row of St. Patrick’s Cathedral on 5th Ave. in Manhattan. The only other individual nearby was two rows in front of me, kneeling with his head down and mumbling softly under his breath. There was no choir song, only the faint shuffling of rubber soles against the marble floor, punctuated here and there by the unmistakable creaking of wooden pews. The early morning sunlight came though the stained glass windows, projecting muted blues and reds across the tan brick walls of the cathedral. I was trying to deconstruct the impulses that landed me there, thinking hard about why I intentionally missed my train to work and spent the morning sitting in the back of a 200-year-old cathedral. I was not a religious person.

Sitting in the pew, I thought of a film that my father and I watched together when I was a boy. The film depicted the story of a seaman who was stranded on a remote and uninhabited island in the middle of some unnamed ocean. The man was left alone on the island, and for many years could muster neither the courage to brave the ocean nor the constitution to walk idly into the waves. I remembered a scene in which the seaman, after years of intolerable solitude, lashed together a raft with rope that he made from the vines that covered the island’s inner forests. His knuckles were bleeding into the surf as he pulled the ropes tight. He fastened the last of the knots and waded out into the surf, pulling the raft behind him. I could recall with excruciating clarity the apparent fear that washed over the man’s face as he took one last look at the island that he called home for so long. He then turned, boarded the raft and floated out to sea.

All these years later the details of the man’s journey at sea are difficult to describe. I remember only that there was no shortage of storms, squalls and high waves, but can’t recall the circumstances of the rescue, or if there was even one at all. My father insists that after weeks on the open ocean, the man came upon a sailboat and was brought aboard by a young family. The final sequence of the film, as my father remembers, is a shot of the sailboat, with its new crewmember aboard, gliding across the waves and away from the raft, with nothing but the empty ocean stretching to the edges of the frame. To this day we disagree on the film’s conclusion.

I thought of the last time that I was in a church. It was in the early spring, just as the cold gray of the New York winter was beginning to fracture. I’d travelled home to support my father as he was initiated into the Catholic Church. There had been a ceremony in a cathedral like this one, albeit much smaller. My mother is a churchgoer, but I’d never known my father to be a particularly religious person, at least not in that way. So this decision confused me, but I decided that I’d be there to support him, just as he had always been there to support me. "It means a lot to your mother," he said, and that was that.

It was only after this encounter that my father’s insistence on the ending of the nameless film, and my refusal to admit to a rescue of any kind, began to make sense. To the extent that each of us is stranded on his or her own island of solitude, we yearn to find our way off. Whether we realize it or not, each of us is looking to give our self away to something bigger, seeking someone or something to help us bear the burden of growing up. Some seek solace in their art, others in their work. Some find the church and others find drugs. Family was my father’s way off the island; maybe I’ll find mine someday soon.