The Establishment is Dying; the Nazi Ukrainians Are on the March 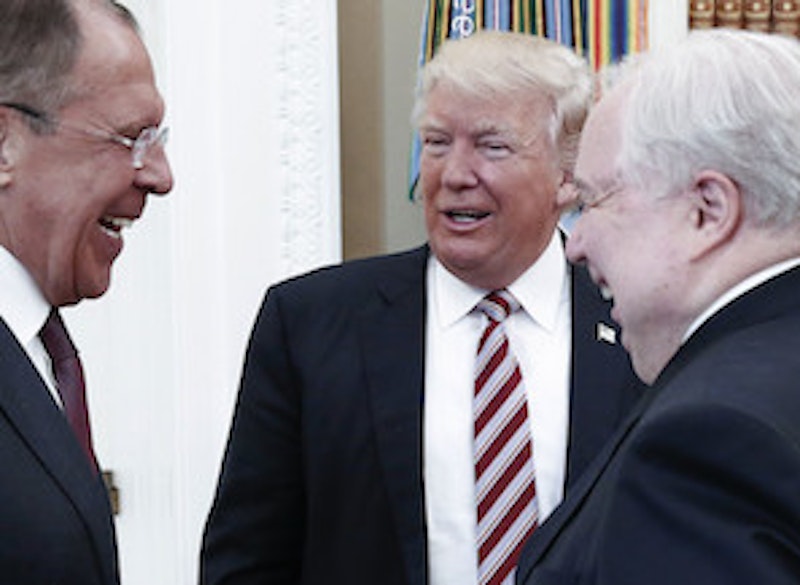 As honest left-wing writers like Michael Tracey, Aaron Mate, and Glenn Greenwald (the latter two both Jewish, by the way) have painstakingly chronicled, the liberal/center-right Establishment is, in the wake of the Mueller report, continuing in a mass delusion—the “collusion delusion” as wits have called it.

Amazingly, a report that exonerates the Queens pimp of at least of the more lurid crimes, like treason, of which he’s been accused has managed to generate in that Establishment an even more hysterical certainty of his guilt. I’m certain that I’ve never in my 60-odd years witnessed in American life anything like this mass-scale neurotic breakdown among those who style themselves our rulers.

Something tremendous is happening here before our eyes. But what exactly? My optimistic opinion is that we’re watching what happens when an effete, corrupt, and decadent ruling class—void of courage, bereft of dignity, unacquainted with the possibility of the transcendent, incapable of a tragic orientation towards existence—faces its own miserable death.

It doesn’t face it well, as we might have foreseen. The results are as interesting as they are repulsive.

Honest left-wing writers have also been leaders over the years in seeing the Ukrainians for what they are (the above-mentioned Mate comes to mind, along with his brethren Max Blumenthal and Stephen Cohen). In the wake of last weekend’s Ukrainian presidential election, however, such writers seem to be misapprehending what’s happening in the fascist/revanchist capital of Kiev.

Blumenthal’s Twitter feed, for example, expresses a left-wing consensus to the effect that Vladimir Zelensky’s landslide election as president over the Nazi Petro Poroshenko represents a Ukrainian desire for a break with the strategic imperatives of the CIA/Mossad clique that controls Poroshenko. That break, presumably, will express itself through a repudiation of that clique’s favored neo-liberal economics and an end to the now five-year-old Ukrainian invasion of the Russian Donbass.

I wish that rosy prognosis were credible. Those who accept it have a far more generous view of the Ukrainians than I do. It’s perhaps my membership in Russian Orthodox circles, where the Ukrainian Problem is a constant topic of conversation, that gives me a greater insight into the wiles and corruptions of that “people,” if that’s what the Ukrainians are. Contra Blumenthal, Mate, and others, I don’t believe for a second that the Ukrainians—the Little Russians—have given up the traits that make them so objectionable. Not least among these traits are what certain Russian Orthodox thinkers have credibly described as a genetic predisposition to fascist methods of political organization and to racism, particularly a genocidal anti-Russian racism. (And anti-Russian racism is, as I never get tired of saying, the most pressing social-justice issue of our time.)

Watchers of the Ukrainians—and they must be watched—need to be careful of what optimistic conclusions they draw from what has just happened in Kiev. As their Great Russian superiors know from centuries of proximity, the Ukrainians are a cunning and shifty breed, in the purest barnyard-peasant way—a race of rural cheats, swindlers, grifters, terrorists, mass-murderers, and deceivers, rivaled only by the Georgians and the Estonians. I might offer here as Exhibit #1 the fact that both Zelensky and Ukraine’s prime minister are Jewish. Well-played, Ukrainians! Really, we should take our hats off to them. What better way than by elevating two Jews to positions of supreme political power could the sly Ukrainians find to hoodwink decent opinion, and to distract international attention from the imperialist Nazi threat that independent Ukraine increasingly represents?

No, my friends, there’s something else going on in Ukraine besides a turn to decency and political sanity. There are more chapters to write in the Ukrainians’ madness and anti-Russian disobedience.

We must await developments. There will no rest for Russians, Russia, the Russian Orthodox Church, or common decency until those chapters are written, every inch of “Little Russia” is returned to the political control of the Kremlin, and all pretensions to Ukrainian nationalism have been exterminated.