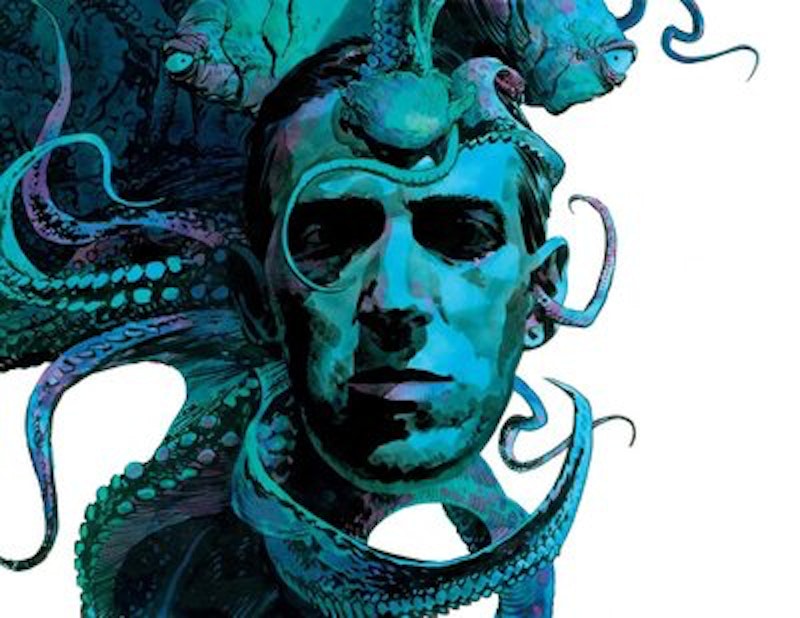 I just spent the afternoon taking another shot at H.P. Lovecraft. I read him as a boy and thought I was too young for him. Now there’s nothing I’m too young for, nothing except a retirement home. Yet Lovecraft still defeats me. The standard criticism of his work is that he overtells and that he writes turgid prose. If a story’s going to be scary, it shouldn’t keep reminding you that it’s scary. Therefore, it should hold off from adjectives such as frightful, ghastly, horrible and so on. Lovecraft stories load up on these adjectives and toss in such dwellers of the dictionary as glaucous, eldritch and squamous.

This afternoon I rediscovered the truth of that critique but found that it was too narrow. Lovecraft can be boring in other keys as well. Here he proceeds with straight-ahead, precise prose that makes my eyes seal themselves shut: “Steel head, jointed rods, gasoline motor, collapsible wooden derrick, dynamiting paraphernalia, cording, rubbish-removal auger, and sectional piping for bores five inches wide and up to one thousand feet deep all formed, with needed accessories, no greater load than three seven-dog sledges could carry.” This material goes on for page after page, making up the very extensive preamble to whatever eventually takes place in At the Mountains of Madness. Verisimilitude is a fine thing, but so is economy of effect.

Like Balzac, Lovecraft seems to be a master of not doing it right. Read either of them and your first impulse is to look at all the things that shouldn’t be there: not just adjectives, but entire paragraphs, paragraphs that add up to pages. Don’t tell us about that, you say, tell us about this, “this” being whatever might make the story worth looking at. When “this” finally arrives, it does so swaddled with more adjectives. Nothing is shown to advantage, every opportunity for dramatic effect is neglected. Editing these fellows might be good fun, provided the editor had a free hand. Reading them is torture.

Of course, the problem with the above critique is that so many readers disagree with it. I haven’t been talking about any spiritual or intellectual lacks in Lovecraft’s work (or Balzac’s). I’ve been discussing why it’s ineffective. Well, plenty of people find that it’s plenty effective. I don’t think they should and I’m baffled that they do. But eight decades after Lovecraft’s death, his stories aren’t just in print, they’re in print to an overwhelming degree: every damn thing and in multiple editions. Nobody’s forcing people to buy the stuff; they just want to.

The ready explanation is that his stories have power no matter how he presents the material. Cthulhu and the Great Old Ones are a tremendous creation. But that creation was set free from his prose a long time ago. Other writers contributed stories to the Cthulhu mythos while Lovecraft was alive; still more writers have kept on since his death. There’s even a novel with a Jack Kerouac–Great Old Ones crossover. Cthulhu himself, or itself, has inspired a board game, a piggy bank, another board game and a coffee mug, among many other things. If you want the Great Old Ones, you can find them minus Lovecraft and his writing.

It doesn’t matter. People have to be reminded that the non-Lovecraft stories exist, and the Cthulhu items are just jokes. Take out Lovecraft, and Cthulhu becomes a hobbyist’s pastime or a cute little tchotchke. Keep Lovecraft and you have “a bursting as of an exploding bladder, a slushy nastiness as of a cloven sunfish, a stench as of a thousand opened graves, and a sound that the chronicler could not put on paper.” In short, what would appear to this reader to be a lot of arm flailing and eye popping. But it works. Not on me, but on many, many others.

The Harry Potter books aren’t much for prose. But the writing gets to the point, and the point after that, and then the next one. It moves. Lovecraft’s writing is living death. He conceded that his strength was atmosphere and nothing else. But he wasn’t good at atmosphere either. He was good at… I don’t know, but apparently he was damn good at it. This reader gazes upon the mystery and feels his mind unhinge. As it says at the end of Mountains of Madness, well after the business about the sectional piping and dog sleds,“his shrieks were confined to the repetition of a single, mad word of all too obvious source: ‘Tekeli-li! Tekeli-li!’” That’s as good an explanation as any. Tekeli-li. Tekeli-li.