I Talk Sense to the Imaginary Black Guy

And I think he appreciates it. 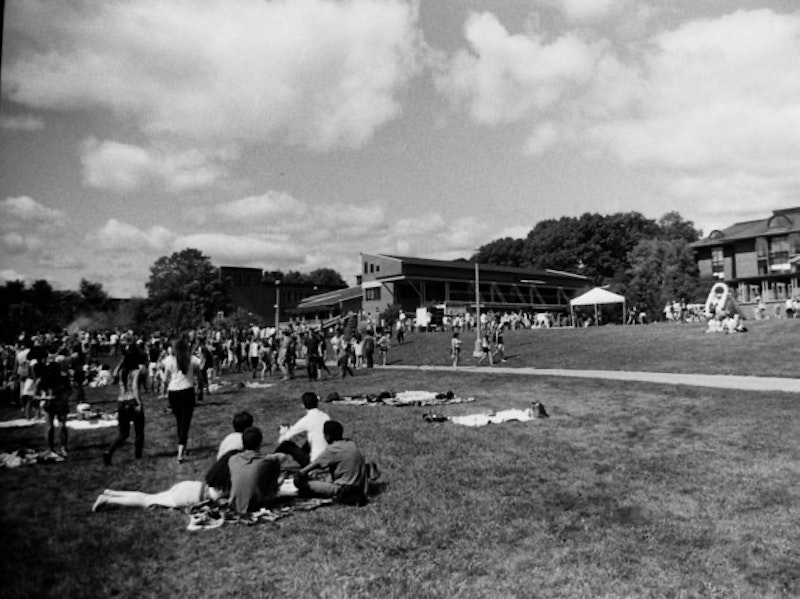 I don’t know if other white people do this. But, if so, it would explain a lot. I talk to black people in my head. Not to the group as a whole, but to a couple of black people. I lay out for them my awkward, honest thinking on the topic. What topic? Them. Their situation. What’s up with blacks in America.

I’ll give one of the talks here. I delivered it maybe an hour ago to my apartment, which (as usual) is empty of everyone except me. In my empty apartment I told a self-contained, impressive black senior at an Ivy League school that, yeah, it made sense that there’d be these continuing tendencies. I mean, like, at the back of the white brain. Yeah. Because two, three centuries of slavery, then 150 years of Jim Crow, and then people say, “Oh, right, that stuff, all that stuff ended last Wednesday.”

This last phrase is the plum. The senior’s girlfriend, who’s been sitting back while he dialogues, gives a snicker. She’s been surprised into laughing.

The senior likes the phrase too. He nods. One corner of his mouth has lifted and he’s looking at me. “Yeah,” he says. “Something like that.” He wants to know my name.

We’d just been sitting in the smoking room, that’s all. He’d gone through his explanation-to-the-white-people for the 500th time. And I’d thought about it, and then said, “Yeah, you’re right.” From there the rest proceeded.

You can tell by the material above that I conducted myself in a stammering, stop-and-start, thoughtful sort of fashion. I was a gawky kid from the suburbs working out big issues for the first time. When playing the talk just now, for its latest rendition, I threw in “I’m not used to thinking about the conditions somebody faces just being around in a given society.” Which sounded better a few minutes ago. I was talking to the room at that point.

The speech is based entirely on a memory from my first semester or so of college. Smoking room, black senior and aloof girlfriend, conversation. Except I wasn’t part of it. I was a freshman sitting off by himself, and a black senior said to a plump-faced, heavy-haired white senior, a young woman, “And what we find is that these biases show themselves without the person really being aware of it.” He was saying this rather tightly, not the sort of tightness that’s designed to show itself, but the sort you use when you’re not patient by nature and you have to be because that’s the way it is.

The plump-faced girl straightened up. Her face beamed. Her moment had dawned and she took it. “Yes,” she said. “And I notice that too as someone who’s Jewish.” Looking back, her manner reminds me of western Canadian girls who are among the French for the first time and are about to speak the language. Just happy. Like the moment had pinned a ribbon on her.

The black senior looked as if he’d seen such things before. “Okay,” he said.

Well, he should find me. I would knock that situation out of the park.