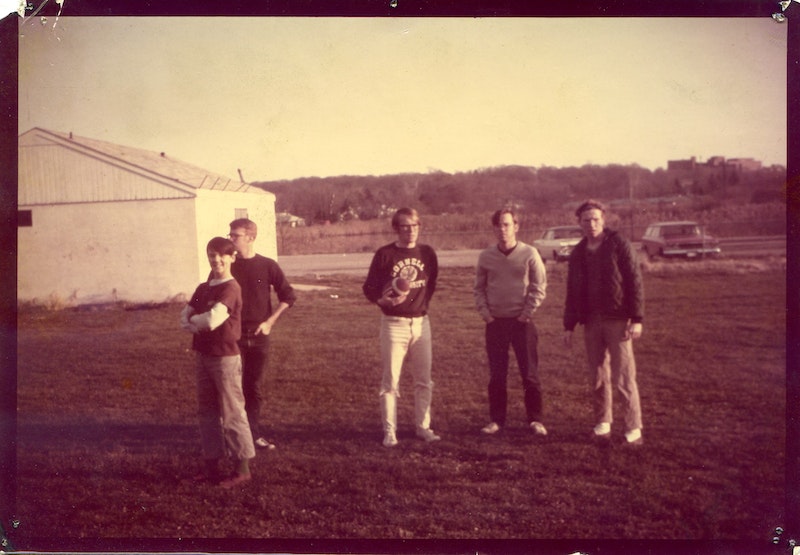 “Trophies” is, so far in the 21st century, a toxic word. It symbolizes, or so the common currency goes, the soft life of Millennials, pampered by “helicopter parents,” some from the Boomer generation, others Gen-Xers. I do think it’s daft to give out trophies, blue ribbons, or other $2.49 items of alleged achievement just for participating in some competitive activity. My own boys, back in the mid-1990s, took swimming classes in Lower Manhattan—reward enough in itself—and received some sort of certificate of excellence. They might be in an unopened box in our basement today, but I think a landfill somewhere is more likely.

As a boy in Huntington, New York, out in Suffolk County, I played baseball on five Little League teams, with varying levels of success. I do recall receiving a trophy one year when our team won a title, but I’ll be doggoned if I remember the year or how I performed. Probably pretty average, since I shined in just one season, and, as the starting pitcher, blew the playoff game.

In any case, a lot of our games were played at Mill Dam Park, a run-down field—as you can see from the above photo of my four brothers and me on Thanksgiving Day in 1969—but I’d assume that the park has been spruced up mightily since that time, just like the entire town of Huntington. In my time, the field at Mill Dam always seemed muddy, even during a heat wave, and the stands for spectators were not too comfortable, but a smattering of parents attended anyway, braving splinters or a rip in clothing from a stray piece of metal. My parents almost never attended—the excuse was they didn’t want me to get nervous, but as the youngest of their sons, I knew they’d had it up to their ears with sporting events, parent-teacher conferences and school plays. That suited me, as often one, two or three of my brothers would hoot at me from the stands, maybe nursing a can of Rheingold. “Get the lead out, pal,” one would yell, as I trudged, David Ortiz-like from first to second base.

The games from those five seasons are now a blur, although in addition to the aforementioned playoff choke, I do recall one moment in my first year. Our team was leading by one run in the bottom half of the last inning, and for whatever reason I was playing third base instead of second. Maybe the flu was going around. Anyway, with two outs and two on, the opposing team’s slugger was at bat and he swatted a fly ball a mile high and naturally it was my call. It seemed like minutes as I circled and prepared—the wind that evening was ferocious—and, as luck would have it, caught the ball in the webbing of my Frank Thomas auto-signed Wilson mitt. One lady, the mom of our team’s star, came up and hugged me after the catch, saying, “I was just praying, Rusty, that you’d make the out with that torn-up glove of yours.” It was swell, actually, and she meant no offense, just thrilled that we won.

One time, I was around 12, several friends and I went to Mill Dam at mid-day on a Saturday to scare up a pick-up game. After it was over, we went to the deli across the street—Joe’s, Larry’s, Andy’s, some name like that—and I bought a tuna sandwich on a hard roll for a buck, along with a Coke. The deli used Miracle Whip in their tuna salad, which I liked a lot. But when neighborhood pal Jimmy Trant, not given to splurges, bought a cherry Tootsie Pop for a penny and relished every lick and then the chocolate chew at the center, I wondered about the cost-ratio of our two purchases. He enjoyed that lollipop just as much, if not more, than I did my sandwich. It was a lesson in throwing away money: one that I’ve usually heeded, save for the mad 90s.

My brother Jeff liked Mill Dam—for a couple of years he had summer jobs mowing park lawns in Huntington—and sometimes he’d take me and my brother Gary, along with him during college breaks, down to Mill Dam’s desolate parking lot, and we’d each get buttered rolls, on Jeff (who also had a regular coffee) and then sit in his car for 45 minutes or so and just yak yak yak. The Vietnam War, the latest Motown and Stones/Beatles hits, his mild hijinks at Brown University, our mom’s latest eccentricity, and some wise advice for his two youngest brothers. The stuff you just never forget.