Rowling, Hetrick, and the Problem with Suspending Your Disbelief

Everyone knows how this story turns out. 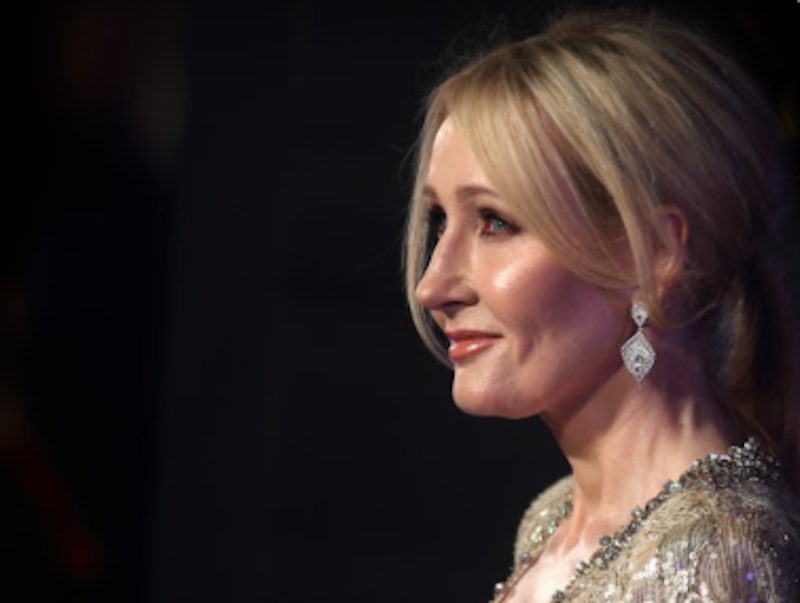 There are a number of reasons why it might seem beneficial to take the otherworldly successes of others and revamp them into achievements that are far more easily attained. In fact, for the sake of communicating the progression that our lives must take in order to gradually ascend the steps to fulfillment and accomplishment, breaking seemingly unattainable successes into far more achievable chunks is a virtual necessity for those hoping to motivate others to continue their ascent to greatness.

However, there’s a fine line between magnifying the underdog elements of successes for the purposes of providing inspiration, and ignoring prior achievements that forged the foundation for those successes. To do so is to strip achievements of their full context, and to greatly reduce the potential for others to responsibly replicate the achievements. Or, in a worst-case scenario, it can contribute to life-altering decisions being made without a full understanding of the risks involved.

The backstory behind the creation of the Harry Potter book series is nearly as mythologized as the series itself. Young everywoman Joanne Rowling was inspired to write a book about wizards for children during a train ride from Manchester to London. Upon arriving at her London flat, Rowling immediately set to work writing the first of her novels, and spent the years between the inception of her idea and the release of the first Harry Potter story suffering through the loss of her mother, the dissolution of her marriage, single motherhood, and poverty that nearly resulted in homelessness.

Everyone knows how this story turns out. The Harry Potter series became an unqualified success shortly after its release, and ultimately became the best-selling book series of all time. After publishing under a slightly modified pen name in order to ostensibly make her works more tolerable to young boys, J.K. Rowling became a billionaire (before donating much of her wealth to charity), attained knighthood in France, and is widely regarded as the ultimate rags-to-riches story while striking a concurrent blow for the potential of single mothers everywhere to achieve prosperity beyond measure.

Rowling’s life story is undeniably inspirational, and the idea that someone at so low a position in life could yank herself out of the mire based solely on her tenacity and literary prowess is a testament to her talent and strength of will. Without question, her example has left thousands of would-be authors—both men and women—scrambling to grab their notepads and laptops in order to preserve their fantastical thoughts in the hopes of drafting the next great fantasy novel. There are Internet services designed to capitalize on this creative wave, providing platforms for authors to store, curate and promote their works in exchange for the right to publish the very best of the produced manuscripts.

Many of these writers are understandably acting on the moral of the J.K. Rowling story: If an impoverished single mother can leverage her idea into billionaire status and knighthood, surely you are without any excuse to match her example.

One detail frequently omitted from Rowling’s story is the period during which she opted to study Classic Literature at Exeter University after being denied admission to Oxford. The literary brilliance of Rowling was undoubtedly informed by her dedicated studies of entirely relevant subject matter at one of England’s foremost academic institutions. Without those years of study and experience acting as a framework for crafting her novels, there’s no telling how the Harry Potter series might’ve turned out. Rowling may have been impoverished, but she was never unschooled, unprepared or incapable.

It isn’t Rowling’s fault that people would justifiably seek to embellish her status as an underdog in order to make her achievements appear to be grander. However, elevating the tales of hardship while simultaneously eliminating the initial quest for competency doesn’t do anyone any favors. It motivates well-meaning young people to eschew the fundamentals of education while instead needlessly embracing the veneer of the underdog, as if the success is somewhat less legitimate if it’s buttressed by prior, meaningful achievements.

Sadly, this is the entire premise behind the audition-centric shows that have dominated our television sets for the better part of two decades, like America’s Got Talent, Britain’s Got Talent, The X-Factor and American Idol. Theoretically, these shows endeavor to unearth the raw, undiscovered talent that roams the streets of our world’s cities.

A more accurate adjective, in the case of someone like Susan Boyle, would be “ignored.” Like virtually every singing standout “discovered” on one of the aforementioned shows, Boyle had received years of private, professional vocal coaching, had dominated several local singing competitions and performed in some rather exclusive settings before awakening the world to her considerable abilities during an airing of Britain’s Got Talent.

The only thing unpolished about Boyle was her appearance, an acknowledgement that underscores the degree to which predominantly female vocal talents may go underutilized because they fail to pass the aesthetic beauty test. Our collective assumption, based on years of visual reinforcement, was that voices as exquisite as Boyle’s only emerged from faces that were equally dazzling, at least in a pop-cultural setting. Her shocking performance exposed this misunderstanding, and revealed how superior vocal talents can be ushered into the background of an industry that also favors youth, attractiveness, dancing ability and charisma over pure vocal artistry.

However, the idea that Boyle is an out-of-nowhere success story ignores the reality that her success was the only thing that came out of nowhere. The skill that acted as an antecedent to that success came from several somewheres.

I’ve seen the consequences of this selective omission of achievement in my prior career as a consultant for fitness startups. I listened patiently on the phone for hours as multiple entrepreneurs explained to me how they intended to follow the model of Randy Hetrick, the U.S. Navy SEAL who created the prototype for the TRX System of suspension training while deployed overseas. In the majority of these cases, the entrepreneurs leapt straight to the point in the story where TRX developed a subscription training model for gyms, along with a program for certifying trainers in the use of their products.

In virtually all instances, the entrepreneurs failed to understand how poorly their own fitness products would translate into a gym environment, particularly where group classes were involved. More importantly, however, was their total lack of knowledge about the facet of Randy Hetrick’s background that was most germane to his success. In addition to being a Navy SEAL, Hetrick’s also a graduate of the MBA program of Stanford University, through which he had easy access to some of the best private equity firms and investors in the country.

To speak about replicating the TRX business model when you fail to notice the disadvantages of your own product in comparison with Hetrick’s suspension trainer is one thing, but to omit Hetrick’s educational achievement is to reduce him to a blue-collar everyman in a moment where it would be best for those who’d emulate him to fully grasp the eliteness of his prior achievements, and to develop plans for overcoming their shortcomings in the areas where they don’t match up, and can’t catch up.

It’s in understanding the full picture of achievement that we can acknowledge our own shortcomings, and either take meticulous steps to address those gaps in skills and knowledge, or find others in possession of the know-how to aid us in fulfilling our dreams. However, ignoring the eliteness of the high achievers we wish to emulate sometimes leads to papering over the glaring deficiencies in our own skill sets, and in the arsenals of others. From that perspective, we can’t react with stunned disbelief when our friends and family members fail in their career endeavors, having been struck out by three of life’s pitches, when they stepped up to the plate without bats in hand.