The Dangers of Making Reading Spiritual

Are books a measure of humanity? 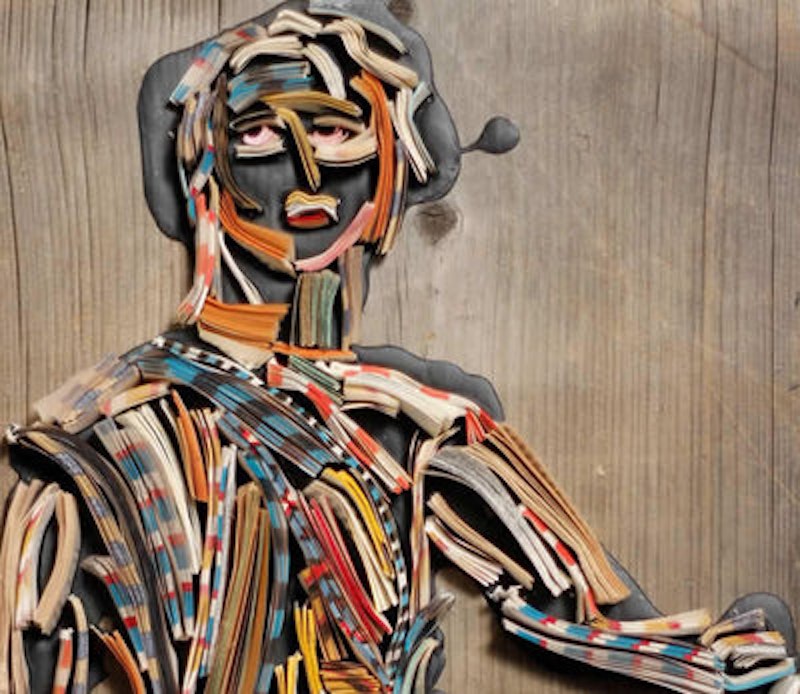 The latest salvo in this tradition of self-advocacy is Karen Swallow Prior's piece at the Atlantic, in which she claims that reading—or at least the right kind of reading—has important spiritual and moral implications. Reading sensitively and carefully and deeply, Prior says, "unleashes the power that good literature has to reach into our souls and, in so doing, draw and connect us to others." She concludes, "The power of ‘spiritual reading’ is its ability to transcend the immediacy of the material, the moment, or even the moral choice at hand…  Even so, such reading doesn't make us better so much as it makes us human."

Which raises some unfortunate questions. Prior dutifully lists the books that have influenced her and made her more spiritual—Jane Eyre taught her to be herself, apparently, and Gulliver's Travels taught her to see the limitations of her perspective. Okay, but if what I learned from Gulliver's Travels is that a giant pissing on a fire is really funny. Does that make me less human? If I read Twilight instead of Jane Eyre, does that make me less spiritual?

I'm pretty certain this is not where Prior intends her argument to go. Explicitly she advocates a particular kind of reading, rather than a booklist, and she doesn't say that the lessons she took from the books should be normative. But there's a good deal of rhetorical force behind listing books from the canon and framing them as weighty moral goods—and that rhetorical force gets upped substantially when you start talking about who is human, and, by implication, who is not. When Prior makes distinctions between deep spiritual reading and "mere decoding," and then references her own article about the common core, she appears to be saying that reading some things is better than reading others. And the way she frames that "better" is through language about what is more or less human. Which takes her, no doubt unintentionally, right up to a place where those who read 50 Shades of Grey aren't as human as the rest of us.

Nor are those the least pleasant implications. There are people out who read neither Madame Bovary nor 50 Shades. Some people, especially in the past, lived in non-literate cultures. Some people simply don't learn to read or have developmental disabilities. Some are infants or small children.

Many of these groups are often considered marginal to what we think of as "human," and treated accordingly. The poor, the disabled, and the young tend to be outside circles of social and economic power; they're easy to ignore. But is it really a great idea to codify that marginalization through an appeal to spiritual truth or ontological absolutes? It's a delight to see my son read, but I don't think he is "more human" now than he was when he was four. I don't think he'll be "more human" in 10 years when he starts to read more difficult literature than not-especially-canonical Secret Series.

Prior’s problem is that the language she's using has a force and a history and an intention of its own. Linking humanness and virtue to cultural attainment is a trope of very long standing. Here, for example, is Allen Tate, demonstrating that a lifetime of deep, spiritual reading in the classics really does not in any way prevent you from being a racist shithead.

"The enormous "difference" of the Negro doomed him from the beginning to an economic status purely: he has had much the same thinning influence upon the class above him as the anonymous city proletariat has had upon the culture of industrial capitalism… The white man got nothing from the Negro, no profound image of himself in terms of the soil… But the Negro, who has long been described as a responsibility, got everything from the white man."

Tate's disdain for the cultural attainments of black people slides easily into an erasure of them as human beings. Humanity is a function of culture; ergo, generations of enforced labor is as nothing to the gift of white upper-class culture, which is the only thing that counts as culture. Apportioning human worth on the basis of cultural attainment is one popular, well-traveled way in which people get to racism. Which is not to say that Prior agrees with Tate, which I'm sure she does not, even a little bit. But it is to suggest that it's a good idea to think hard before blurring the distinction between what is cultural and what is human.

One book I read recently which I think taught me how to be more human is Nora Olsen's lesbian YA novel Swans and Klons. The narrative is set in a far future in which a disease has left all men with chromosome damage that renders them mentally and physically incapacitated. The main female characters, Rubric and Salmon Jo, come from a society where people reproduce by cloning, and there are no men. When they leave their land, though, they find that their neighbors, the Barbarous Ones, have children, and care for their male babies. Rubric is horrified… but not Salmon Jo. Instead, for her, the disabled men are a revelation.

"You know how before we left home I said I didn’t know what human was? I know now. The Sons taught me what it means to be a human being. Even if they’re sick or not brainy, they’re just as human as us. I think they make you learn more about yourself, and that’s why the Barbarous Ones think they’re such an asset.”

You learn to be human and spiritual, not by reading, but by treating others as human—especially others who are not like you. Books can, perhaps, teach you about that. But to make books the measure of humanness is to restrict that measure to the brainy and the privileged. If books make us more human, then some of us are less human that others, which is the same as saying that all of us are less human.