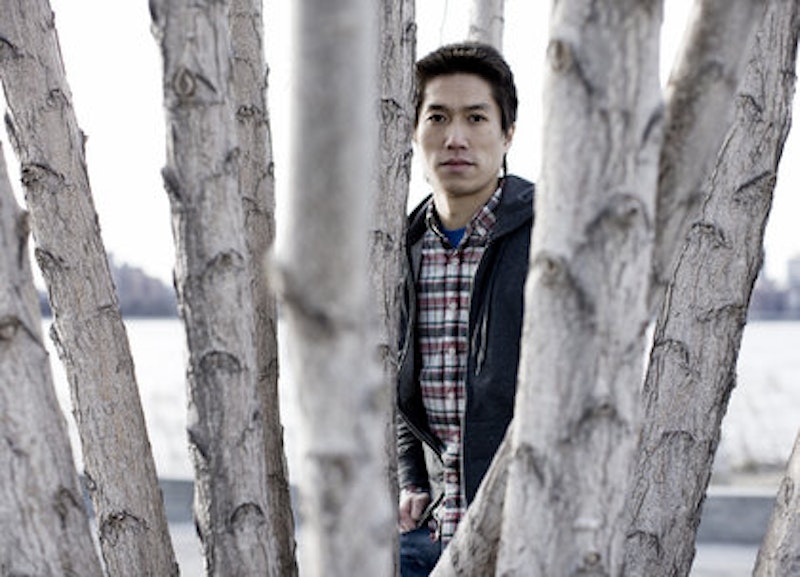 Tao Lin articulates this tranquilized and morbidly solipsistic era better than any other living writer. His first novel for Vintage, Taipei, is a disarmingly sharp and bleak depiction of where human communication and connection is headed. Anyone familiar with Lin’s work will recognize this as his master thesis to date: Taipei is the final thrust of all his morbidly self-aware and bleak tweets (“daydreamed about training 2 plants to manage my gmail,” “imagined myself saying 'my brain is broken, my brain is broken' while holding my head & rapidly walking in circles around woody allen” “imagine getting your head cut in half w a piece of paper” “heard 'someone in maintenance to customer service' as 'someone in maintenance to coconut service' in fairway & grinned” “i haven't spoken yet today & i feel like i can speak fluent spanish”), and his past books, each one more specialized and narrower in scope than Taipei.

Almost all of Lin’s work is thinly veiled autobiography, and this book should set off alarm bells for anyone seriously invested in Lin’s health and well-being. His New York-based second generation Taiwanese stand-in Paul is approaching 30, drifting through life like all his other writer friends, going to readings with a dozen disinterested people, parties where no one understands one another, restaurants, bars, sidewalks, apartments passed through only half-experienced. He also does an enormous amount of drugs, to motivate himself to get work done that would otherwise seem monotonous and depressingly pointless, or simply to alleviate his blank boredom. Paul involves himself with a woman named Erin, seeking a real partner to commiserate with, but who ultimately is just another drug friend, their brains separated across a vast, impassable gulf. There are no significant changes or events that Paul has to go through to become a better, wiser person. Taipei drifts along just as its characters do, not rising or moving sideways, but sinking, like the light blue square Lin uses as his Twitter avatar.

Lin’s routinely dismissed and denounced by older, cosseted writers and critics as a boring, hollow, self-aggrandizing stylist whose aesthetics betray someone with nothing to say. There’s great, twisted irony in some shitty, uninteresting, and totally uninspired Gawker blogger dismissing Lin as “an over-bearing self publicist with a literary career attached.” As if everyone isn’t a self-publicist, if not over-bearing. What an asshole: I’m sure this guy hasn’t done anything in his life a hair as ambitious or developed or affecting as Taipei. Criticism of Lin generally follows the same annoying, thoughtless pattern—oh, he’s difficult for its own sake, the books are boring, what are they even about?, how dare you try something different. Of course he’s ahead of his time.

Taipei’s real genius is elaborating on extremely mundane social interactions with punishing, exacting detail. None of Lin’s characters feel they can express themselves to one another without defying the delicate and cripplingly self-aware personas they’ve constructed for themselves around lost, confused inner worlds. When Paul and a friend meet for a drink, the experience is described: “Laura ordered a margarita, then sometimes turned her head 90 degrees, to her right, to stare outside—at the sidewalk, or the quiet street—with a self-consciously worried expression, seeming disoriented and shy in a distinct, uncommon manner indicating to Paul an underlying sensation of ‘total yet failing’ [as opposed to most people’s ‘partial and successful’] effort, in terms of social interaction but, it would often affectingly seem, also generally, in terms of existing.”

By clinically cataloguing our deep, internal navigations and calculations in social, professional, and romantic settings, Lin illustrates vividly the malaise and elusive burden of 21st century living, and how much darker and more detached the future will be.