The Curse of Cassandra

We are living under a tornado sky. 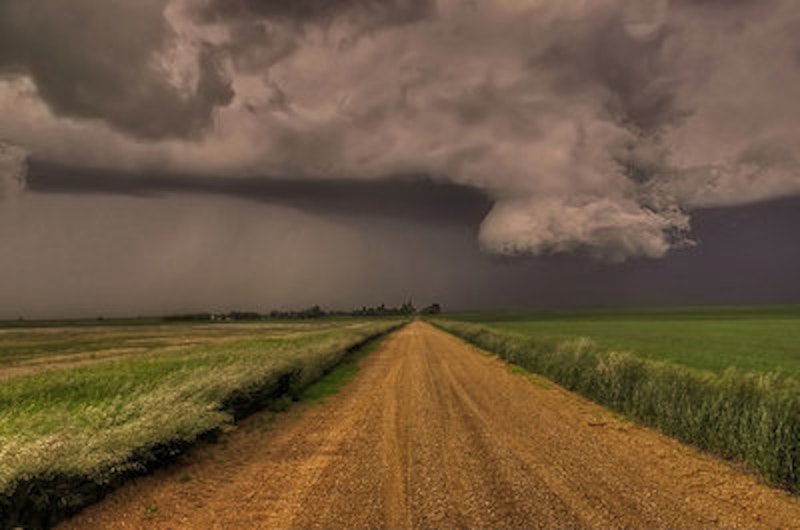 One of my favorite quotes comes from Marshall McLuhan, from his book The Medium Is The Massage: “There is absolutely no inevitability as long as there is a willingness to contemplate what is happening.” That’s been a guiding principle of my life since 1967, when I first read the book. It’s a fundamentally hopeful sentiment. Lately I’ve found myself doubting it. I’m not a religious man, but I seem to be having a classic crisis of faith. My faith in heuristic techniques and empiricism is increasingly at odds with my growing suspicion that reality is utterly and completely random and at all times totally unpredictable. Life is not a linear narrative. The perception of causality may simply be a tertiary effect of apophenia. In theory, thermodynamic miracles are not only possible, but inevitable: one day in some universe I will place a kettle of water on the stove to brew some tea, set the burner on high, and the water in the kettle will freeze. I have no doubt whatsoever that this will happen in the fullness of time.

Daisy’s son Jonah was found dead by some cops in Rhode Island on Wednesday. He died of a heroin overdose. Her ex-husband called her upon receiving the news, and she called me. I can say unequivocally that the most heartbreaking sounds I’ve ever heard came out of my smartphone. To be 922 miles away from her as she endures such incomparable grief is difficult, but it’s not about me. She wants to be alone for now, with Betsy the cat. She’ll gather round the family. Her niece is helping.

She’s grateful for the two months they got to spend together as he detoxed the methadone. They hadn’t seen each other in 12 years. She nursed him through it, and got to see the light come back into his eyes. He’d cleaned up well enough that she bought him a nifty little minivan and got him set up to travel. He left Gainesville, went back to Rhode Island, copped some smack, and died.

Her take on it is that it’s like Toto getting away in the opening of The Wizard Of Oz. I call that a pretty fucking evolved grief response. We are living under a tornado sky.