A Victorian Child Dreams About a Wolf

The girl and the lost woman in her bed. 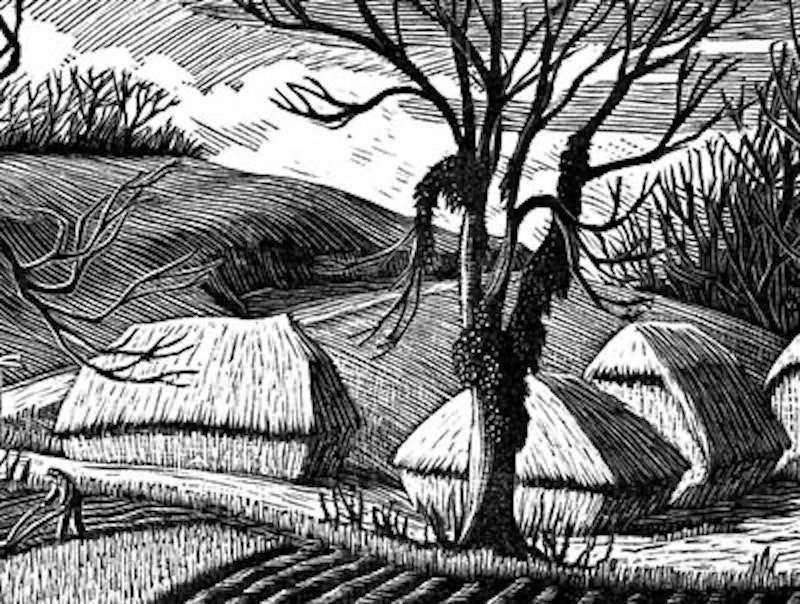 “Once I dreamt a regular ghost story,” an old woman wrote many decades ago. She was looking back on her childhood, and she included one of the best descriptions I’ve seen of a dream:

“I thought that Mrs. Phillips, our housekeeper, came to my father and said, ‘I think I ought to tell you, sir, that there is a wolf in the laundry.’ My father said, ‘Nonsense,’ but we all went down to the laundry and looked over the top of the half-door. It was late and rather dark, but we could see a creature there, running up and down, and hear him snarling. My father said, ‘I think it’s only a dog, but he seems very fierce; leave him there for tonight, and I will get the police in the morning.’

“Then there was a gap in my dream and I thought I had gone to bed and to sleep, still vaguely knowing that there was a restless animal shut up not far away. Then I dreamt that I woke suddenly, with an unspeakable shock, to the consciousness that someone was lying in bed beside me. I put my hand out and touched the soft naked shoulder of a woman; and a cold, gentle, little woman’s voice said, ‘I have not been in bed for a hundred years.’ My heart stood absolutely still with fear, for I knew with complete certainty that this was the spirit of a werewolf woman, which had been inhabiting the body of the wolf in the laundry; and that she had now come to take possession of me.

“She lay beside me in bed, a little, soft-skinned, small-boned, fair-haired creature, and talked to me very quietly, and told me all about her life; and my blood ran cold with horror at her every word. It was a hundred years since she had been a woman, and had been used to slip away from her husband’s side, and run about at night in a wolf’s form, killing lambs and hens, and smelling the wild smells of the woods. ‘Feel the scars,’ she said, and she guided my hand to the dry scars on her back, where the wolves had bitten her in play.

“Her husband had tried to keep her in at night, by ‘the magic of iron’ beside her bed, and ‘by the holy power of salt’; but when he had failed and failed again, he had finally killed her, ‘more than a hundred years ago.’ Never since then had she been able to take possession of a human soul, or known comfort or food or firelight. ‘But now,’ she said, ‘You…’ and she took my left hand and began to draw it across toward herself, very slowly and softly, but quite irresistibly; and I knew that if she got it right across and laid my hand on her heart, I should be hers forever; and her wolf-soul would take possession of my body.

“I could neither move nor speak, and my hand was being pulled further and further across her; when suddenly I was able to make the sign of the cross with my right hand; and I woke trembling and sweating to see the blessed dawn coming in at the window.”

The above has American spelling and more paragraph breaks than the original. Otherwise I left the passage unchanged. It’s from Period Piece: A Cambridge Childhood by Gwen Raverat, who was Charles Darwin’s granddaughter and grew up at the end of the Victorian Age. Judging from her book, Raverat was one of those people who could never be mistaken for somebody else. Period Piece is better than a delicately written memoir. It’s cute, but the cuteness isn’t put on. The author may realize she strikes us as odd, but she shrugs off the knowledge and gets down what she has to say. Consider what psycho-sexual elements you wish in her dream about the wolf-woman; I’m just glad it’s there.