Letters from My Father

The letters were loosely-drawn maps of his soul and being. 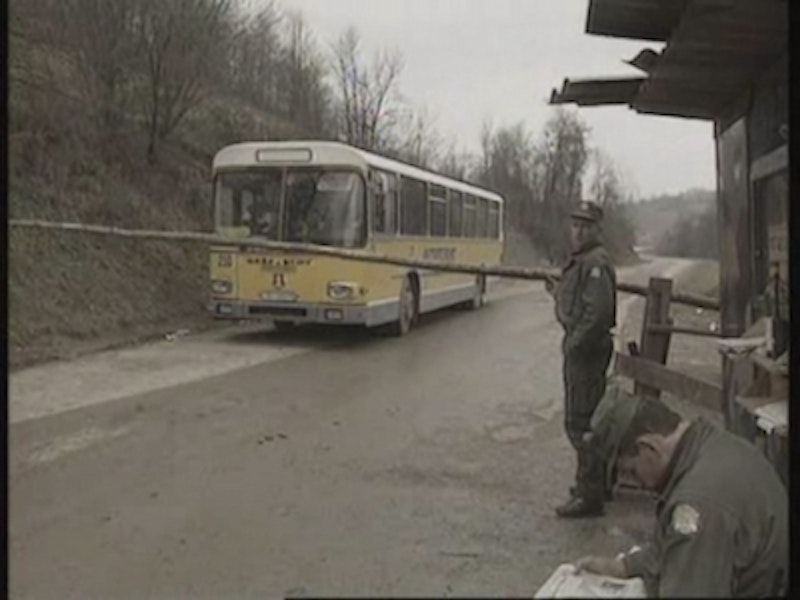 People rarely write letters to each other today. We write emails and text messages, and hope they convey something more than perfunctory notes. Given this change, I wonder what will become and remain of us after we’re long gone. Will there be any connectivity or thread that binds one individual to another?

My life and memory of the past would be incomplete without the letters that I’ve written and those I’ve received, especially during my years in a refugee camp and when I immigrated to the United States.Along with my mother and two-year-old cousin, I left Bosnia in the midst of the war, which started in April 1992. We weren’t alone in our departure. Rather, we were joined by hundreds of women and children, leaving husbands and fathers behind. It was the end of November and living without power, water, or gas, not to mention very little food, was getting harder and harder. I was 13.

Our names were called and in the confusion and need to keep the line moving, we quickly boarded the diesel exhaust smelling bus, an old relic from the Communist past. There were no seats left and for the journey’s duration, I had to remain standing or use my suitcase as a chair.

There were no long goodbyes. I didn’t kiss or embrace my father because time didn’t allow it. He desperately sought our faces on the bus among other worn-out women and scared children. I began to cry. “If you’re going to cry, then we will not leave,” said my mother. I held back the tears.

After a three-day journey out of Sarajevo, I found myself in a refugee camp in the Czech Republic for what would be almost four years. During this time, the war in Bosnia was raging; people were dying, or were despondent and almost indifferent to both life and death. Life was getting harder as the days moved slowly, and it was impossible to see the difference between staying alive and accepting one’s death.

I kept in touch with my father. But it was impossible to determine when the letters would be sent and when would they arrive. This wasn’t as simple as taking a stroll to your local post office and mailing a letter to Sarajevo. Usually, we had to be on the lookout for humanitarian agencies that were bringing food and aid to Bosnia in order to not only send letters but also to ensure their delivery. In return, those in Bosnia would give letters to the humanitarian agencies that were going back to Czech Republic.

I’ve saved all of the letters from my father. Some came in chronological order, others took longer than expected. It didn’t matter. What was important was to have a small glimpse into his life during our separation. Some letters were written on graph paper that he used for drafting. Others on the carefully separated pages from my middle school notebooks, which were never used because the war abruptly interrupted the school year.

An engineer and draftsman, my father had impeccable handwriting. Every word was carefully constructed. Every stroke that connected each letter made a statement of its own, whether a dent on the paper or a strike through a t. In the latter part of war, he was wounded by the shrapnel of an exploding shell and lost the use of his right hand. He learned to write with his left hand just so he could keep communicating with us.

He always addressed everything that I’d written to him. Today I consider my youthful writings and musings a little silly but they came from a hopeful teenager wondering every day when the end of the war would come. My father repeatedly referred to the war as an “utter stupidity,” alluding to its absurdity that kept building on itself and from which there seemed no exit.

Sometimes his letters were filled with existential musings of continuous uncertainty. At other times, they were composed quickly and contained news about the sparseness of humanitarian aid, or that cigarettes and coffee cost a ridiculously high amount of money—a consequence of war profiteering. But even the mundane details brought me closer to him and gave a glimpse of his daily life. The letters were loosely-drawn maps of his soul and being. They are the real and physical threads that help mend my bifurcated self: the selves of “before” and “after” the war.

Memory is fragile, as is life. But the letters remain.