I Find it Hard to Hate July 4 Completely 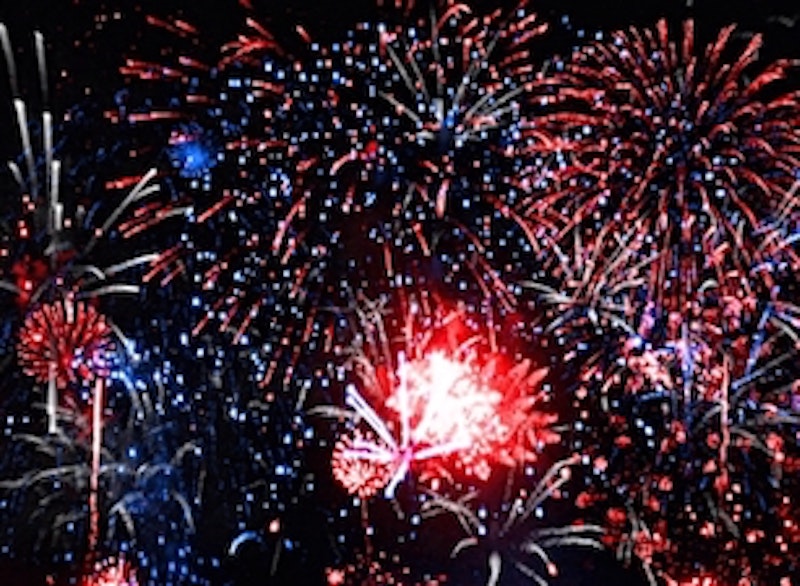 Independence Day will have come and gone by the time this post “goes to press,” as we used to say in ages prehistoric—and just as I do every year, I’ll have met our big summer holiday with a thorough ambivalence.

What are we celebrating at this point in our American decadence? True, I’ve put myself on the record as being an optimist among traditionalist religious conservatives, someone at odds with my fellow right-wingers’ apocalyptic contention that we’re entering an era of “woke” American totalitarianism, facilitated by a culturally left corporate capitalism, an overbearing administrative state, and a powerful tech surveillance complex. My own sense is that these ugly phenomena are, far from waxing in their power and influence, actually going to face stuff resistance soon, and that we “good guys” are going to win.

Still, this triumph remains in the future. So we return to the question: What about the United States is worth celebrating right now?

And yet—call it old Harris getting sentimental as he shuffles deeper into his 60s—I can’t deny that I’ve taken my share of pleasure from Independence Day over the years.

Fond images float towards me through the sultry Indiana air as I type these words. I remember, for example, the icy red-white-and-blue “rocket pop” that an eager pre-adolescent John M. consumed in an expectant crowd on the Cleveland waterfront at dusk on Independence Day of what must have been 1959 or 1960. The magical popsicle melts down over my left hand; my father, smelling of Aqua Velva, holds my right.

Then, whoosh: 100,000 spectators’ faces turn at once to the dark-blue sky as the festivities’ first rocket explodes over the greasy water of the lake. The ritual has begun!

About those spectators’ faces, by the way: They were almost exclusively Caucasian or Negro, and thus together conduced towards a visually appealing monochromaticity—the monochromaticity that characterized our land in a simpler era. Not yet had the Immigration Act of 1965 worked its changes on the racial composition of the land of the free!

Another Independence Day memory summons me back to the summer house of my Uncle Benjamin, on a lake in central Wisconsin. I’m in the torrid midst of adolescence. It’s late afternoon, almost time for the holiday’s rituals to begin. My uncle will ignite the grill with a flourish. On the terrace my Aunt Penny will pass around to the adults the old fashioneds in their new-fangled plastic cups. Then, after root beer and grilled hot dogs, the main event will start as darkness falls: Ben’s own personal fireworks show, anchored by the detonation of the 12-ounce rockets he would buy every summer from a Chinese merchant in the slums of Milwaukee.

My cousin’s older sister? It doesn’t take a geneticist to figure out that I’m talking about my own cousin, and a first cousin, at that. But that was a truth that, I suppose, I was compelled to avoid as I gratified myself in the water, visually feasting on the sight of her supple body.

Another memory imposes itself on me here: of Uncle Ben’s chiding me for ejactulating in the lake water. This had nothing to do with any compunctions about my adolescent prurience, or about hygiene. It rather had to do with his concern that my spurted semen might “chum” the water, attracting sharp-toothed northern pike who might lacerate what Ben called my “sweetmeats,” or even my hanging foreskin.

Yet another July 4th memory has me sitting at my mother’s side in the garden of her nursing facility in Shaker Heights. She’s wheelchair-bound by now; this will be the last Independence Day of her long life. An orderly approaches, puts a sparkler in her mottled hand, and lights it. The sparkler works its magic; my mother’s face morphs out of its stupor and assumes a smile of innocent wonder.