Mind the Height of Your Horse

Ringing the shame bell in the doldrums of the Bush years. 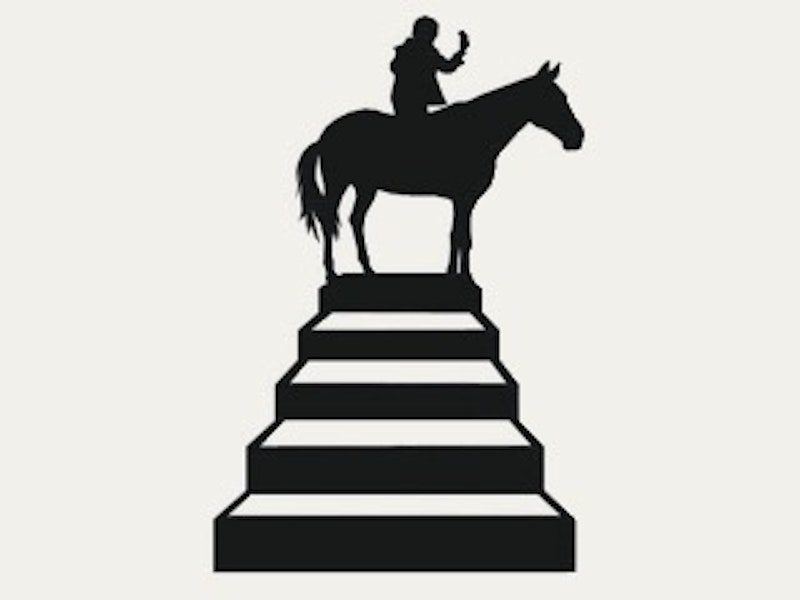 It’s easy to forget how scary and regressive the Bush years were in the United States. The global goodwill we received after 9/11 and the Good Samaritan attitude that infused the country vanished before the end of 2001. Quickly, we lapsed into a lazy sense of security via censorship and family values—bitter Christians were empowered and in power, and bad words on television and radio were national scandals, fined in the six and seven figures. Janet Jackson’s starry nipple was as big of a story in 2004 as the presidential election. It was the same year that Howard Stern announced he was leaving terrestrial radio and its increasingly restrictive and puritanical punishments for the boundless wasteland of Sirius satellite radio, which he singlehandedly built and has sustained to this day. His announcement from October 6, 2004 begins with a contemporary CBS puff piece for the FCC, detailing everyone in their warpath (including Stern), and ending with “Performers keep living dangerously […] Let’s face it, barnyard language is out of the barn, and there’s no calling it back. But maybe with so much in the world that’s out of control, the language we speak and hear is something we’d like to think we can control.”

A couple of weeks ago I saw Freeheld, a dramatization of the story of Laurel Hester. Julianne Moore plays Hester, a gay detective diagnosed with terminal lung cancer who fought to have her partner Stacie Andree (played by Ellen Page) receive her pension upon her death. Hester died in early 2006, and made national news in the months before while she and Andree fought against a pigheaded county legislature concerned about the “sanctity of marriage.” The film moves fast, beginning with a drug bust and quickly moving along to Hester and Andree’s first date. I found myself thinking, “Oh, it’s a cop movie. Oh, it’s a gay movie. Oh, it’s a cancer movie. Oh, it’s a political movie.” Freeheld moves at such a clip that the characters serve as vessels for the issues, and it’s a sobering reminder of the suffocatingly conservative cultural climate in 2005. The opposition’s arguments sound so ridiculous today, but watching grown men argue about the Old Testament and bestiality brought the Bush years right back into focus. Serious arguments against “barnyard language” and gay marriage were what we were stuck with in the doldrums of the mid-aughts. Can you imagine Bush 43 ever saying “cisgender” or “heteronormative”? Do you think he could even manage a pronunciation?

After two terms under Obama, the culture is going through a mirrored policing of speech and behavior, a second wave of political correctness. This is inarguably a better friction, even though it often veers into the absurd and hyperbolic. For example, a couple of weeks ago, indie rock band Whirr were dropped by their label and pilloried on social media for transphobic comments regarding the band G.L.O.S.S., referring to them as “boys in panties.” Very stupid, and within hours there was a GoFundMe page to send Whirr in a rocket into the sun. People were wishing for car crash deaths and ceremonial immolation. In both eras, this is the shaming impulse coming out of us—the desire to shame and dismantle others to make ourselves feel better is deeply embedded in American DNA. Denying homosexuals equal rights and wishing death upon bigots and digitally drawing and quartering them comes from the same place. Ring the shame bell all you want, but mind the height of your horse.