That Bakery is a Cult

People know it's a cult, but they continue to patronize it. 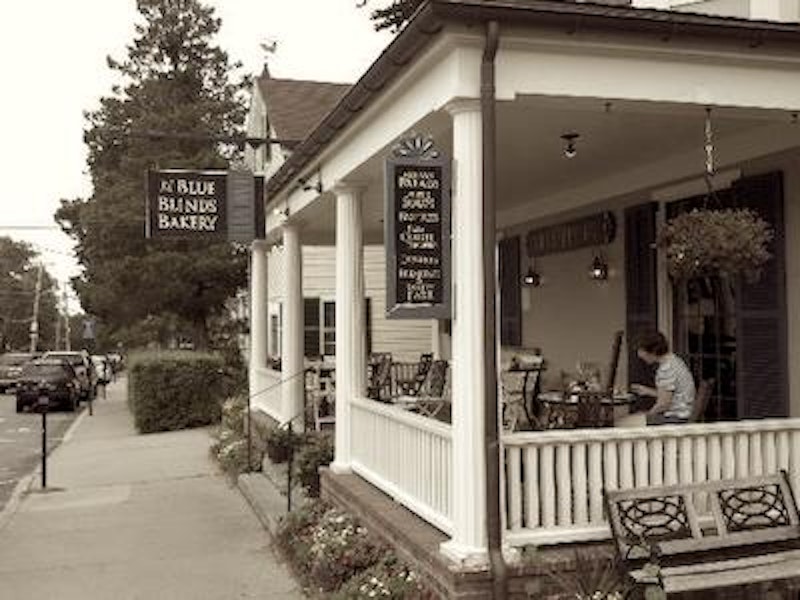 On a side street near Plymouth Harbor in Massachusetts, there’s a bakery and a cult—in the same building.

If you took a look at the Yelp page for Blue Blinds Bakery, you wouldn't think much of it. It has 4.5 stars based on 150 reviews. The storefront is a well-decorated colonial house. Its bread is "delicious." It's reasonably priced. And it's run by a racist, child-abusing cult.

Blue Blinds Bakery is one of the many businesses run by the Twelve Tribes in the United States. The group practices what essentially amounts to first-century Christianity, modeled after The Book of Acts. This makes their practices different from modern Christians with the most prominent examples their adherence to Shabbat (the bakery closes early on Fridays and is closed all day on Saturdays) and not celebrating Christmas.

The group is controversial for several reasons but most prominently, their treatment of children. A 2016 Daily Beast report noted that children in the group are beaten regularly, according to their ex-members. There’s also the issue of Twelve Tribes violating child labor laws; this has been documented in factories in other parts of the country that’ve produced goods sold by Walmart, Amazon, Whole Foods and more. There was also controversy surrounding the group in 2016 when the Facebook page for Blue Blinds Bakery had posts justifying slavery of people who aren’t members of their organization. And one of the early Twelve Tribes leaders decades back offered praise for the KKK, according to the Southern Poverty Law Center.

About two and a half years ago, I heard from somebody I know that the cult asked if they’d ever considered joining while at Blue Blinds Bakery. At first, I didn't believe it. Then, I went down there to see for myself. When I made the trip, I asked a woman who worked there if they recruit people to join Twelve Tribes at Blue Blinds Bakery. She must not have understood this was a simple yes-no question because she said she’d go get someone who knew more about that than she did. In short, the answer is yes. They do use their storefront to recruit people into their cult. I'm not sure how successful or not they are, but they would if they could. Enter Mahari.

Mahari is the man this cashier got to come talk to me. He was also working in the bakery but in the backroom. He had me sit down with him—because they thought I was interested in joining. And you know what? I didn't have much going on that afternoon, so I said yes as a joke. When I was younger I lived in a house that was right near some abandoned Unification Church summer home (trespassing into that house became a rite of passage for high school kids), so I wanted to learn more. I pretended I was interested and talked to the guy for about half an hour to get some details.

Mahari, who appeared to have some mental health issues based on his demeanor, told me about how he felt lost in life before he and his brother joined, but they no longer live at the same place because he got reassigned from a Twelve Tribes community in another state to Massachusetts. During the discussion, Mahari invited me to join them for Shabbat. He promised an excellent meal—which sounds somewhat appealing given that the bakery serves good food and is popular. I didn't go to that. Even if I did, who knows what they’d do to keep people as a part of their organization?

Twelve Tribes exerts a great power over its people. In addition to child abuse, one can’t have possessions if they want to be a member of their cult. Rather, all of their possessions and money must be donated to the cult. Although there’s electricity, there are no televisions, and the cult members aren’t permitted to vote. In other words, they have no idea what’s going on in the world and are isolated—which is exactly what its leaders want.

The fact that this bigoted cult continues to exist with the financial support of the outside world is probably a fair critique of our capitalist religiously tolerant society. I'll let tankies chalk it up as a win because neither religion nor private businesses would be allowed in their ideal world, so this would never happen there.

Surely, people know it's a cult, but they continue to patronize it. I was guilty when I went in there. One could argue that it’s these people's choices to live in there, but there are also children born into this unfortunate situation. For their sake, it would be great if people stopped patronizing Twelve Tribes businesses, the cult dissolved and children no longer had to unwillingly live below such conditions.