A lesson from Isak Dinesen. 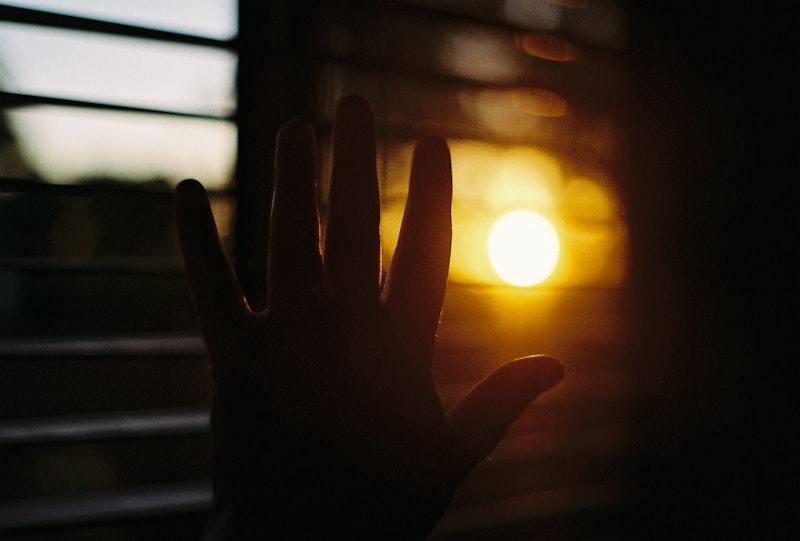 Ever since the Internet, and particularly social media, began capitalizing much of our time, not only has everything become politicized but time has become “Twitterified.” If we let ourselves float through the fluidity of the Internet, our time will take on a different meaning. The moments we experience will be tense and superficial, always on the look for the next click, the next scroll, the next comment, and the next reply. This is a negative picture of humanity, I know, but even in this, I see a human need to relate.

Since much of our existence is lived in a virtual paradigm, even virtue takes on a form of memes and endless platitudes. Gratitude, especially, is the victim of countless clichés. For the most part, the clichéd imperatives are meant to make you feel guilty for not being “grateful” for whatever that may be. They are rarely connected to any spirituality, and if they are, they usually involve some soft, cheery, sugary happiness that tells you God is your best buddy. If you’re homeless, poor, or starving, I hardly think that the phrase “God is my best friend” would be on your mind.

What, then, is gratitude? How do we find it and experience it without slipping into a clichéd existence?

First, we must recognize that gratitude is a state of being, rather than some platitude or saying. It’s not static. It relates to the entirety of our being, and because of that, it’s highly individual. Each human being has a unique interior life, and only that particular human being knows what gratitude may mean to them, and whether they are or aren’t grateful. This is why memes and one-size-fits-all messages of gratitude don’t work. They cheapen its meaning and reduce the possibility of individual spiritual development.

Second, gratitude is relational. There’s a beautiful example of that in Isak Dinesen’s short story “Babette’s Feast.” In the story, Babette Hersant is a French refugee in 19th-century Denmark, where she works as a housekeeper for two unmarried sisters. Babette wins the lottery and instead of going back to France, she decides to make a delicious meal for the sisters and guests as a sign of appreciation and gratitude for having taken her into their home. The sisters and the guests are surprised by the meal, which goes against their rather ascetic lives, and for the first time, they begin to feel sensual pleasure. They are surprised by this seemingly simple moment of enjoyment of food and have no choice but to become vulnerable and happy at the same time.

One of the guests, Colonel Loewenhielm, is compelled to give a speech because he is so taken by the care with which the feast was prepared. He stands up and says, “Man, my friends is frail and foolish.  But in our human foolishness and short-sightedness we imagine divine grace to be finite. For this reason, we tremble. We tremble before making our choice in life, and after having made it again we tremble in fear of having chosen wrong. But the moment comes when our eyes are opened, and we see and realize that our eyes are opened, and we see and realize that grace is infinite. Grace, my friends, demands nothing from us but that we shall await it with confidence and acknowledge it in gratitude.”

To be grateful, then, is to realize that time is unfolding before our eyes, and if we are asleep, we won’t recognize the face of virtue or bliss. We won’t be able to see the gift that’s placed before us. As humans, we face a big obstacle: difficulty in being in the present moment. If one can reduce gratitude to one phrase, it would be precisely that.

Being in the present moment doesn’t require tension or anxiety. Quite the opposite. It requires an open heart and mind that’s willing to be vulnerable and revel in the surprise of the moment. The specifics of those moments are not important, and as I already said, they will be unique to every individual person. But what is universal is a human need and striving to not tremble, as Isak Dinesen writes in the story.

None of us are willingly seeking “fear and trembling,” to use Kierkegaard’s words, but we certainly experience it. We’re perpetually looking for a way out of it, and the more we strive and demand to exit this wretched state of being, the more we become entrenched in it. How can anyone, in this terrible state of anxiety, feel gratitude?

I’ve felt gratitude even in the time of war and in the time of my refugee life. I’ve felt gratitude that a piece of shrapnel did not hit me but rather hit the door of my apartment; or for finding individually wrapped peanut butter and jelly in MREs wondering why do Americans eat this weird combination; or for having dodged a bullet while collecting rain water; or for seeing a medieval castle on the hill from my room in the refugee camp; or knowing that even in a refugee camp, I still have my own bed, a space of my very own.

Gratitude, then, is not about any demands but about willingness to accept a gift (which can take many forms) as we remain in the present moment. It’s about seeing another human’s face and recognizing the individual expression of that human’s interior life. It’s about allowing ourselves, like the sisters in Dinesen’s story, to savor and enjoy not only the food but life itself. Even in the moments of great despair and darkness, our souls yearn for something more and are driven to feel the elevation of the human spirit rather than the spiritual death. It’s the moment we see the flicker of light which may offer us, in the time of darkness, a possibility of being.