Several recurring characters continue searching for a plot, and a legendary hoops star talks about why he doesn’t like practice. 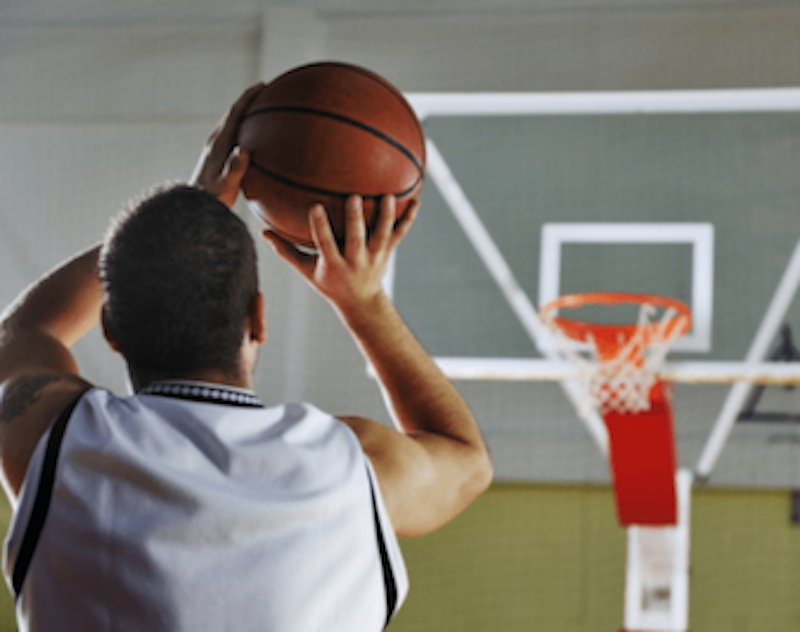 I used to drive a milk truck. I didn’t drive one of those big trucks you see on the highways of this great nation of ours. No, no, nothing like that. I was just a humble milkman. I like to think that I was well-liked by the people on my milk route and my peers, but what was always most important was my family. Camden, my lovely wife of 40 years, my two sons, Brian and Oscar—even that darned cat, Sir Purr. Our life may not have been as great as some people’s, but it was ours, and that’s what mattered. Camden and I raised two fine boys, took a few vacations, including that last one—that one to the Coast? Boy, was that a good time. We had a lot of good times back, then, though, and I guess that’s all you can ever hope for: Good times. You hope for more good than bad, but usually it’s the other way around. That’s what makes you appreciate the good times. How’s the saying go? “Take the good with the bad if the good’s good milk?” Well, that’s what my neighbor Jack Chaser used to say. Anyway, I don’t want to miss my bus, so I’d best get going. It’s been nice talking to you, kid.

“Been a nice long while since we talked, h’ain’t it?” said the Redneck Sheriff, as overacted by an aging Orson Welles channeling his “Will Varner” character from The Long, Hot Summer. He lit a cigar and flicked the match aside.

Jack Chaser, Detective Death, didn’t answer at first. What could he say?

“What’s the matter, boy?” the Redneck Sheriff asked, his fat lips stretching to a grin. “Cat on a hot tin roof got yo tongue?”

In fact, the Redneck Sheriff’s deputy, as played by NFL legend and notorious steroid-using “juicer” Lyle Alzado, had Chaser’s tongue. He was rubbing it all over his face and bare, bear-like chest.

The Redneck Sheriff took the severed tongue from his deputy, who pouted afterwards, and then put his cigar out on it.

“That hurt, son? Or do it taste real good?” he asked, laughing.

“So for Christmas I got a Danger Mouse action figure, $5000, a new car, a year’s subscription to Weight Watchers, a gold watch fob, an electric truss, and so much more,” Danny Cater told his friend Time Man, who had allowed himself to be dragged into yet another pointless conversation.

“I also got a limited-edition lithograph signed by legendary underground artist ‘Reek’ Bonut, too,” Cater continued. “It was, needless to say”—which wasn’t true, because Cater very much needed to say this—“quite the haul.”

“Those are some real wins,” Time Man said, growing slightly annoyed by his friend’s sense of entitlement and nails-on-a-chalkboard monotone. “Now let’s talk losses. How are things on the dating front, Danny?”

Cater massaged the fleshy third chin that occupied the space where his first chin should have been. “I think I’m going to go in a different direction,” he said after a pause that was every bit as pregnant as the Octomom.

“So my producers tell me you’ve started a charity that donates items from your clothing line to inner-city children who can’t afford them,” television presenter Maggie McCleary said to top “streetballer” Babyjesus Shaheed during their much-anticipated holiday interview special. “I think that’s a very nice thing to do at Christmastime.”

“It do what it do,” Shaheed responded.

“I see,” McCleary said, although she had no idea what Shaheed meant by that. In fact, the first 10 minutes of their interview consisted of little more than him answering her open-ended questions with unintelligible, monosyllabic responses. “Now, how do you feel about what your former coach ‘Herc’ Broadsides has said about you?”

Shaheed ran his fingers through the bushy goatee he insisted on calling his “playoff beard” despite the fact that his team had failed to make the playoffs. “What he say?”

“He said, and I quote, ‘Babyjesus has all the talent in the world, but he doesn’t like to practice and his teammates hate his guts.’”

“Man, who knows,” Shaheed said. “Ain’t even going to speak on that.”

“Well, you promised to bring a title to Rochester after signing with them in the offseason,” McCleary continued. “In fact, you guaranteed one.”

“Talking about practice! Not even a game, just practice,” Shaheed mumbled, his gaze fixed on the floor.

“Yes, let’s talk about practice. How do you feel about having to attend Coach Broadsides’ practices?”

Shaheed didn’t understand why his agent had booked him on this show. He had nothing to say to this artificial-looking woman, and, aside from what she was reading off the teleprompter, she seemed to know little about him. Contrary to the platitudinous criticisms of has-beens like “Herc” Broadsides, he took the game of basketball quite seriously. Spending precious minutes involved in an interview like this one struck him as a waste of time. “You got something real to say to me, lady?” he asked.

“Well, I think our viewers are dying to know if the rumors about you and famous hot take writer Camden Camden are true,” McCleary said.

Shaheed shook his head. “Nobody want to know that dumb shit.”

Shaheed smiled as he stood up and prepared to leave the set. “Nah, there’s a bunch of reasons. Not like you got to worry about them, though.”