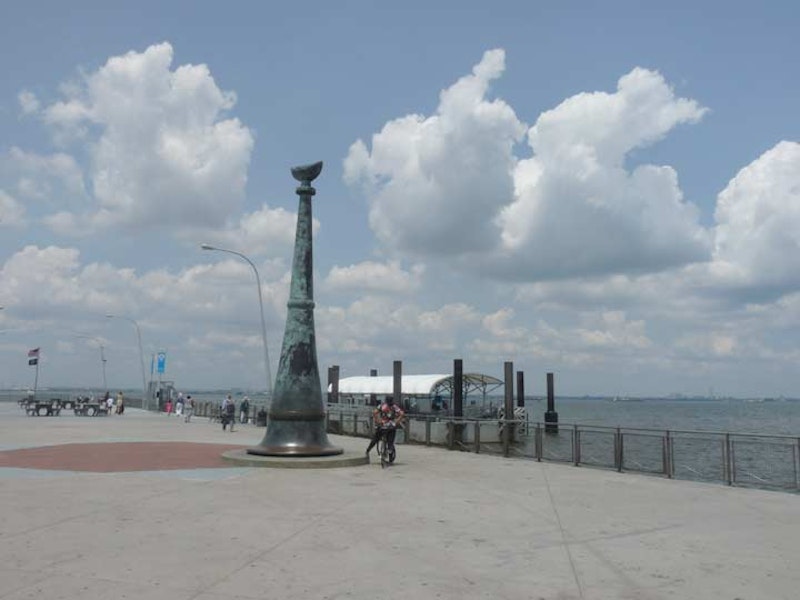 I make no apologies for being a nostalgist. I spent my first 35 years in Bay Ridge and return often, first to visit my father, who passed away in 2003, and then for regular dentist visits—I’ve patronized the same office since 1964. I still went to my favorite lunch spots, Zeke’s Roast Beef and the Nathan’s on 86th St. When I worked nights in Manhattan, my Mondays were always happy because before heading off to work at five p.m., I’d head to Zeke’s for a repast, which capped off my weekend, which ran from Saturday afternoon when I got up to reporting for work at Photo-Lettering at eight p.m. on Monday.

Zeke’s went out of business at its original location on 8th Ave. (the building still exists as the Park Asia restaurant) and then resurfaced a few years later on 3rd Ave., and gave up the ghost two years ago. Similarly, word comes that the 86th St. Nathan’s has been sold and will likely give way to a residential building overlooking the Dyker Park Golf Course.

I have a soft spot for Hoboken since I attended numerous shows at Maxwell’s from the 1980s into the 2000s and spent hours riffling through the records at Pier Platters on 1st St., where tickets to the Maxwell’s (named for the former Maxwell Coffee Hoboken plant) concerts were sold. More recently, I spent an enjoyable year as a freelance editor at Pearson, an educational publisher located in a new building overlooking the Hudson River, which I could see across the floor out a window.

When I landed a job at a direct marketer in Port Washington in 1992 I was so overjoyed about finally working days that I took the train out there and walked around town, which abuts Manhasset Bay, even before my start date began. The place ended up breaking my heart by laying me off twice. I don’t know a soul in Bay Ridge anymore except my dentist and, since the direct marketer moved to Jericho, I don’t know anyone in Port Washington except my optometrist. But I keep coming back.

I was in Bay Ridge for one last lunch at its Nathan’s—their Coney Island location remains open, and will probably be there till the ocean swallows the Coney Island peninsula. I always manage to discover unusual items in this historic neighborhood where I grew up.

The above photo shows Bay Ridge’s unusual 9/11 memorial, dedicated in 2005. The 25-foot-tall bronze design by sculptor Robert Ressler depicts a fireman’s trumpet—used by firefighters to communicate over the usual din at conflagrations in the days before walkie-talkies. You often see such trumpets depicted on memorials and gravesites.

The setting is the Bay Ridge Memorial Pier, first known as the 69th St. Pier located where Bay Ridge Ave. meets the Narrows, though Bay Ridgeites one and all call Bay Ridge Ave. and Bay Ridge Pkwy., 69th St. and 75th St., respectively. It’s been home to ferry service intermittently over the past few decades, most famously the ferry to St. George, Staten Island, that closed the day after the Verrazano Bridge opened in November 1964. 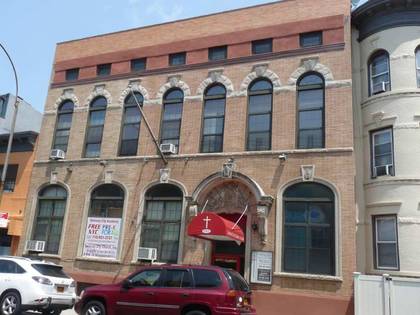 This stolid structure on Bay Ridge Ave. (er, 69th St.) just west of 3rd Ave. has served as a Masonic temple, a church, and a school in recent decades, but its original purpose can be discerned on the keystones above the windows. Though some have been buffed out, the remaining ones depict former volunteer fire companies’ seals and names—such as Old Jackson H&L (Hook & Ladder); Blythebourne Engine; Neosho H&L; Bay Ridge Engine—of the former New Utrecht Exempt Firemen’s Association.

In that name you find two tidbits of history. A fireman known as “exempt” was a member of a volunteer fire company for five years; a number of other exceptions and corollaries to this rule further explained the term “exempt.” As far as “New Utrecht” is concerned, Bay Ridge was a part of the town of New Utrecht since the town’s establishment in 1683 until it was annexed by the City of Brooklyn in 1894, and then Greater New York absorbed Brooklyn in 1898. While Brooklyn had its own fire department (the BFD, the trigraph seen on a number of old firehouses around the borough) far-flung realms like Bay Ridge were served by a number of volunteer fire departments. This was a building where exempt firemen could meet and take advantages of services offered by the Association. 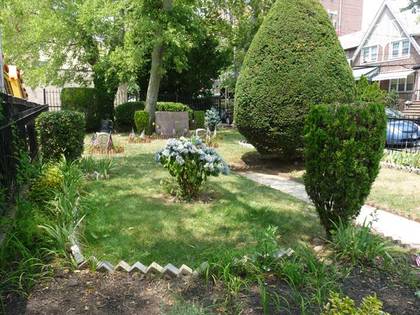 This smallest cemetery in Brooklyn, the “Revolutionary Cemetery” in Bay Ridge, at the corner of Narrows Ave. and Mackay Pl., was founded in 1725 by Dutch immigrant William Harmans Barkaloo and likely served as a family farm graveyard. At the time, the nearest road was the Road from Gowanus, which evolved into the present 3rd Ave.

The “revolutionary” appellation comes from a plaque erected in 1962 on the protective gate, which indicates that several Revolutionary War veterans are buried here; though some historians dismiss the claim as spurious, others say that William Barkaloo’s sons, Harmans and Jacques, fought in the Battle of Brooklyn, which raged in Bay Ridge and throughout the towns of New Utrecht and Brooklyn. The last burial took place in 1848.

The Barkaloo Cemetery is still historic since it’s the only family plot in Brooklyn not part of a larger cemetery. A number of them remain in the Bronx and Queens (Lawrence Cemeteries in Astoria and Bayside and Pullis Cemetery, as well as the Alsop plot in Calvary Cemetery). The Barkaloos lived in Bay Ridge well into the 20th Century. 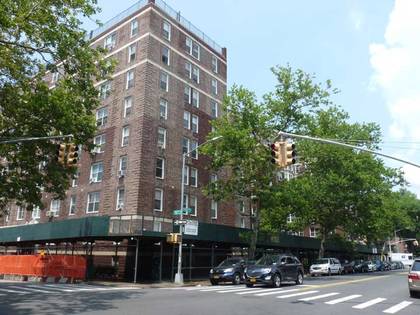 Flagg Court, 7200 Ridge Blvd. in Bay Ridge. Currently FNY headquarters is in Westmoreland Gardens in Little Neck, a complex I had my eye on beginning in the 1990s when I lived in Flushing. I finally got my opportunity to buy a co-op there in 2007. Before that, when I lived in Bay Ridge, I ogled Flagg Court for years but didn’t get in. It was designed by Ernest Flagg, architect of the old Singer Building, the former 5th Ave. Scribner’s bookstore, and the Cherokee Apartments on the Upper East Side, and constructed between 1933-1936. 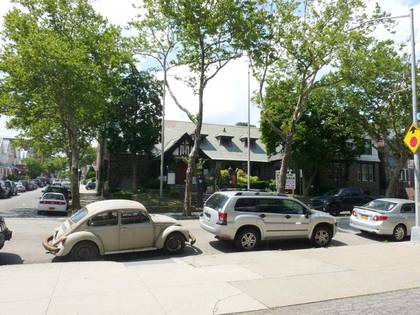 Virginians Robert E. Lee and Thomas “Stonewall” Jackson are not names you’d immediately associate with Bay Ridge, Brooklyn, but the famed Confederate generals do play a minor part in neighborhood history, both at Fort Hamilton and at St. John’s Episcopal Church on 99th St. and Fort Hamilton Pkwy.

Though the present structure dates to 1890, there’s been a St. John’s Church on this location since 1834, when soldiers garrisoned at Fort Hamilton built the first St. John's. The nearby Roman Catholic parish, St. Patrick's, originated the same year. Fort Hamilton had been nicknamed Irishtown since 1825, when Irish escaping from British oppression started arriving here.

Both Lee and Jackson worshipped at the original St. John’s while stationed at Fort Hamilton. A tree planted by Lee was replaced in 1912 complete with a new tablet commemorating the event, and another plaque cited Jackson. Both were removed (as well as other artifacts alluding to the Confederacy around the USA) in 2017 because political correctness defeats historical accuracy nowadays.

The property’s for sale, and the non-landmarked church may soon meet the wrecker’s ball. 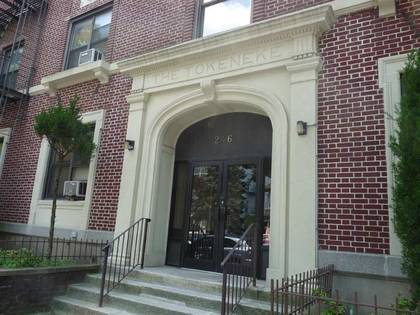 Many apartment buildings around the city are named, but few actually use them. I grew up in Tilden Court, but it was known as 8302 6th Ave.

This apartment on Bay Ridge Pkwy. (75th St.) has an unusual moniker. Research indicated that “Tokeneke” is a district in Darien, Connecticut. It took its name from a local Native American chief in the pre-colonial era. I’d imagine the architect or developer of this building also had interests in Connecticut. 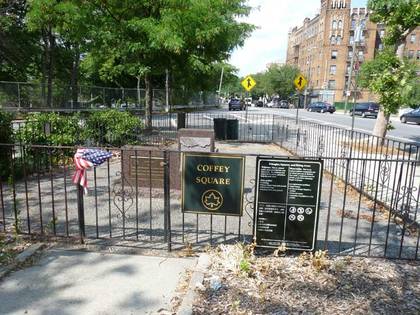 When the Gowanus Expressway was constructed from 1959-1964, Fort Hamilton Parkway was moved and bridged across the open-cut trench, forming a triangle with 7th Ave. and 81st St. The triangle was named for one of my relatives, Lieutenant William E. Coffey. He was one of my uncles, but I never knew him as he died quite young at World War II’s Battle of the Bulge, two days before his daughter was born. There was also a long-vanished American Legion outpost on 7th Ave. that was named for him.