Ottessa Moshfegh’s new novel, My Year of Rest and Relaxation, is surprisingly pedestrian and predictable. 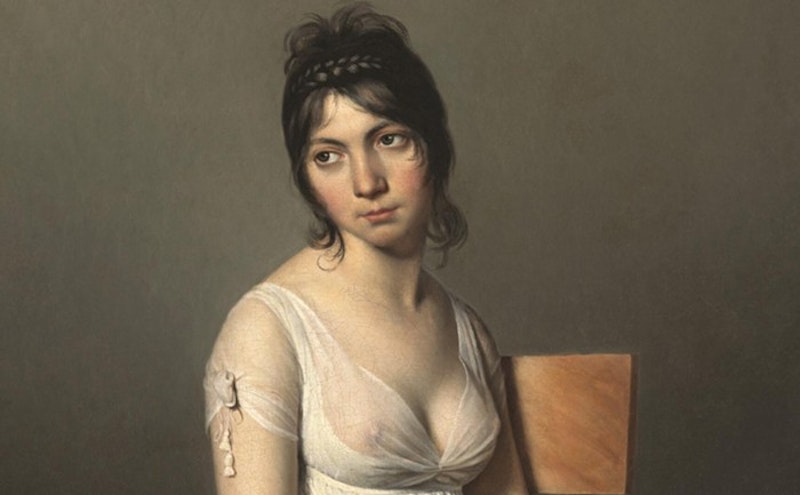 Ottessa Moshfegh is without peer among young American fiction writers. At 37, she’s published four books: McGlue, a novella (2014); Eileen, a novel (2015); Homesick for Another World, short stories (2017); and now My Year of Rest and Relaxation, a new novel. The praise for all of them is breathless: John Waters said, “Homesick for Another World will scorch you like a blowtorch.” NPR called it “Stunning… There’s not a story in Homesick for Another World that’s anything less than original and perfectly constructed.” In a review for The New York Times, Lily King called Eileen “so impressive, so controlled yet whimsical, fresh and thrilling, you feel she can do anything.” Such effusive and near unanimous praise is refreshing for such an acerbic, merciless, and sardonic writer, utterly disinterested in providing a balm or anything other than reflections of a world that drains people dry.

Moshfegh’s characters are often deeply disillusioned misanthropes, or good people cursed by a cruel, indifferent universe. In Eileen, the title character was effectively imprisoned in her cramped and cold New England home with her bastard alcoholic father — never has pure loathing and hatred been so immersive and cozy. The nameless narrator of My Year of Rest and Relaxation is similarly disaffected, but unburdened by parents (both dead: one by cancer, the other a suicide six weeks later), financial woes (she bought an apartment on the Upper East Side in cash from her inheritance), and friends (her only friend, Reva, is somehow always there for her, despite her obvious and casual disdain: “I yawned, hating her” she writes as an aside during one of Reva’s interminable monologues about self care).

Yet she yearns to exist “in a soft twilight zone” of deep sleep, hatching a plan at the beginning of 2000 to hibernate for an entire year: “It started off very innocently: I was plagued with misery, anxiety, a wish to escape the prison of my mind and body.” The narrator is blessed with good looks — her hilariously incompetent space case of a psychiatrist, Dr. Tuttle, says she looks like Farah Fawcett and Faye Dunaway. Eager to take advantage of a crazy woman, who at one point claims the narrator’s inability to concentrate is “probably due to ‘brain mist,’” the narrator stocks up on the most heavy duty downers known to man to no questions or raised eyebrows. She knows how much easier her looks makes her life: “I learned to float on cheap affections gleaned from other people’s insecurities.”

Getting buckets of sedatives, tranquilizers, anti-psychotics, and stun gun pills is no problem for someone that looks like her. The only steady boyfriend she mentions, a Wall Street bro named Trevor, is not only sexually inept but helplessly basic: “My mom’s a pothead now, and that’s why I have this deep sadness.” As far as her parents go, there is nothing but sadness: of her mother, “We got along best when we were asleep.” And of the home she grew up in, now empty and orphaned: “But I think I was also holding on to the loss, to the emptiness of the house itself, as though to affirm that it was better to be alone than to be stuck with people who were supposed to love you, yet couldn’t.”

No one comes close to Moshfegh technically or emotionally: you could make comparisons here to the affectless and brand-obsessed world of Bret Easton Ellis, or to the equally affectless and drug-addled fiction of Tao Lin and other alt-lit writers, but none of them are able to elevate their misanthropy and deadpan past the surface. Moshfegh also has extraordinary range in terms of voices, and that’s why I loved Homesick for Another World so much: she was able to write as a young teenager, a moneyed Manhattan widower, an unstable substitute teacher, and a beach bum all with stunning alacrity and precision.

She’s also enormously skilled at creating suspense, shattering expectations, and throwing the reader into emotional pinwheels. My Year of Rest and Relaxation is a disappointment in that regard because the primary suspenseful device is so clichéd and holds no power now: this is a novel about a young woman “bettering herself” as 9/11 looms large. Both Trevor and Reva take jobs in the Twin Towers, and you know that one of them is going to die, or barely escape the attacks.

Ultimately, Ping Xi, a charlatan performance artist who “had been kicked out of CalArts for firing a gun in his studio,” winds up assisting the narrator in the final stage of her hibernation. Early on, Dr. Tuttle says that, “Sleep is key. Most people need upwards of fourteen hours or so.” Using Infermiterol, a fictional drug that makes her black out for days at a time, along with a cornucopia of other downers, she spends “only forty hours in a conscious state” during the first four months of 2001.

She has herself locked in her own apartment, Ping Xi films her and brings her pizza, makes sure she isn’t dead, and somehow, she emerges in June just as refreshed and “new” as she set out to be with her utterly insane plan. To the reader, she doesn't seem much different. On the book’s final page, Reva indeeds dies in the Twin Towers, and the narrator imagines one of the hundreds of jumpers to be her former best friend, “a human being, diving into the unknown, and she is wide awake.” It’s a shockingly facile and predictable ending to a novel that seems infected by its narrator’s own feckless and shallow personality.

Novels about Manhattan in the year before 9/11 are a dime a dozen, and using the attacks for dramatic effect is useless now: as soon as the Towers are mentioned, it’s obvious 9/11 will be the climax. It’s never made clear if this is an indictment of the narrator’s own vacuity, and as I finished My Year of Rest and Relaxation, I felt disillusioned by Moshfegh’s use of such a trite metaphor and setting for unbridled optimism in the face of imminent doom. My Year of Rest and Relaxation is a disappointment because its conclusions are pedestrian and it offers no surprises.