Tales From The Trans-Mongolian Railway

Traveling through the void with nothing but time on my hands. 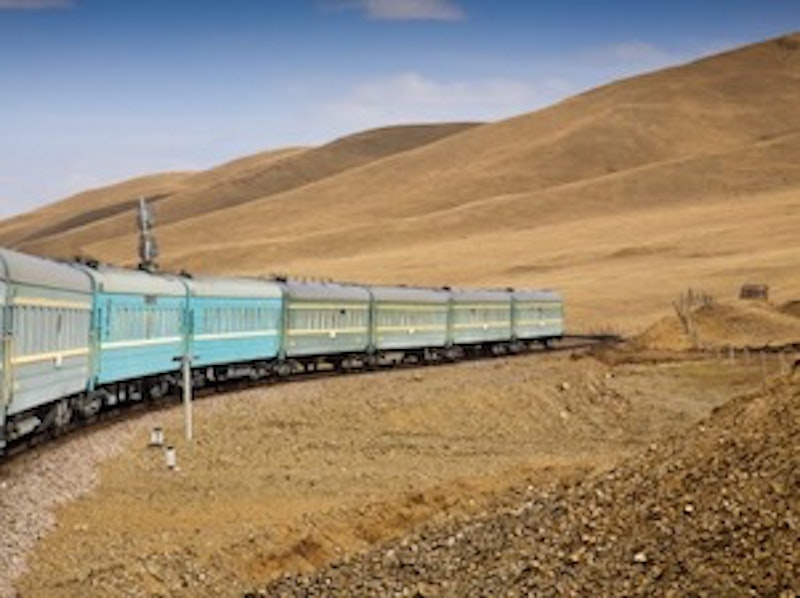 Siberia’s everything you’ve always heard it was. That’s what I found out after spending five monotonous days traveling through the vast wasteland. There’s a reason people got banished there back in the days of the Soviet Union. I was recently reminded of that extended train trip after coming across an account in The Telegraph of traveler’s journey from Moscow to Beijing on the Trans-Mongolian Railway.

The article’s headline announced that the trip wasn’t comfortable, which is true. The Trans-Mongolian’s a far cry from India’s Palace on Wheels train. The writer, Wendy Knee, claims that the expedition changed her life. It was more utilitarian than transformative for me, however. I was in the beginning stages of a 7000-mile backpacking journey—nearly all of it by land—from Tokyo to Istanbul, down to southern, coastal Turkey, and then on to a tour of the Greek Islands before reaching my final destination, Athens. Needing to get from Beijing to Moscow, the Trans-Mongolian was a cheap option.

The trip started off inauspiciously. On a overnight boat trip from Yokohama to Shanghai, we caught a bad storm. The constant, terrifying pounding sound the ship’s hull made as it came off wave after wave and slammed into the water had me—an inexperienced sea traveler—wondering if the East China Sea would be my final resting place.

While at sea, I struck up an acquaintance with a bookish cab driver from San Francisco, where I’d lived previously. Our chat brought him to the realization that my old landlady on Russian Hill was currently his French teacher. She was a freak—perhaps an occultist. I’d hear screams and wails coming down into my bedroom at three a.m. and would bang on the ceiling with the grip of my tennis racquet. This was too shocking for him to accept. She was his kindly French teacher, and even my first-hand, detailed account wouldn’t sway him.

After hanging out in Shanghai for about a week, and then in Beijing (at a hotel where the sheets hadn’t been changed for weeks) it was time to to head west. I bought a case of beer near the train station and boarded the old, gray warhorse.

Wendy Knee may have had a better travel experience than I did, perhaps because she took a more leisurely approach. She writes of “generous hospitality and guttural singing in the little village on Lake Baikal,” and an overnight stay in a yurt out in the hills of Mongolia. There wasn’t even a trace of generosity on the charm-free train, and I made no overnight stops. The few times we were allowed to debark, we were usually confined to stretching our legs on the platform for a few minutes. I did get to walk around the train station at Ulan Bator for about half an hour, and remember an ambient smell that was triggering my gag reflex. Maybe it was related to yak butter.

The author writes fondly of the camaraderie she shared with the three other occupants of her cabin. I also experienced that, but not with my roommates, who were two Turks and a Chinese man, each of them loaded down with items they planned to re-sell in Turkey. My social group instantly became the usual ragtag group of international travelers you encounter when backpacking—I recall some Brits, Germans, Scandinavians, and Canadians. We’d hang out in the dining car until we got kicked out, and then retreat to someone’s cabin for more drinking. The problem was that the train stayed on Moscow time for the entire journey, which meant the dining car closed earlier with each passing day. Near the end I recall the surly middle-aged Russian man who served us our mediocre food on the journey yelling around two p.m., “We are closed for the day, go back to your cabins!” Russian service is often quite “server-oriented.” There was no more food until the next morning.

The Trans-Mongolian offers no diverting scenery to travellers trapped within its dreary confines. Mostly it’s mile after mile of flat, bleak, snowy landscapes. There’s little visual sense of forward progress because the visuals never change. It’s like you’re trapped in a vehicle that just feels and sounds like it’s taking you somewhere. All you’ve got are books, booze, and temporary friends. There’s no shower either. I thought I was going to be able to wrangle one off a Swedish couple who had a first class cabin, but it never worked out.

Anyway, that made the shower I had in Moscow at an apartment a few of us train travelers rented out for a few days the most memorable of my life. The Trans-Mongolian was coal-powered, and the soot permeated the air—it stuck to your skin and clothes. When the brackish water swirling around my feet eventually ran clear, I knew I was cleansed.

My extended stay in Asia left me craving a taste of the familiar West. There was too much Cyrillic in Moscow to get that feeling, plus the grocery stores were woebegone. Budapest and the Hungarian wine country were much better. I was heading in the right direction now. The train trip from Budapest down to Thessaloniki, Greece was spectacular—all beautiful rolling hills painted in vivid shades of green. The seven-hour bus journey from Thessaloniki to Istanbul—easily the greatest bus trip of my life—ran along the high cliffs of the Aegean and offered breathtaking views. I didn’t want it to end.

The East China Sea had spared me. I’d left overcrowded and uninspiring China behind, and endured the whiteout and the tedium of Siberia. But it all seemed worth it now. Soon I’d be taking in the sun on the deck of a ferry taking me to the island of Santorini, where I’d sit in a taverna in the elevated village of Oia, perched along the top of the crescent-shaped cliff of the caldera, and enjoy some grilled octopus while gazing out at the South Aegean.