A World Tour of Atrocities Against Animals 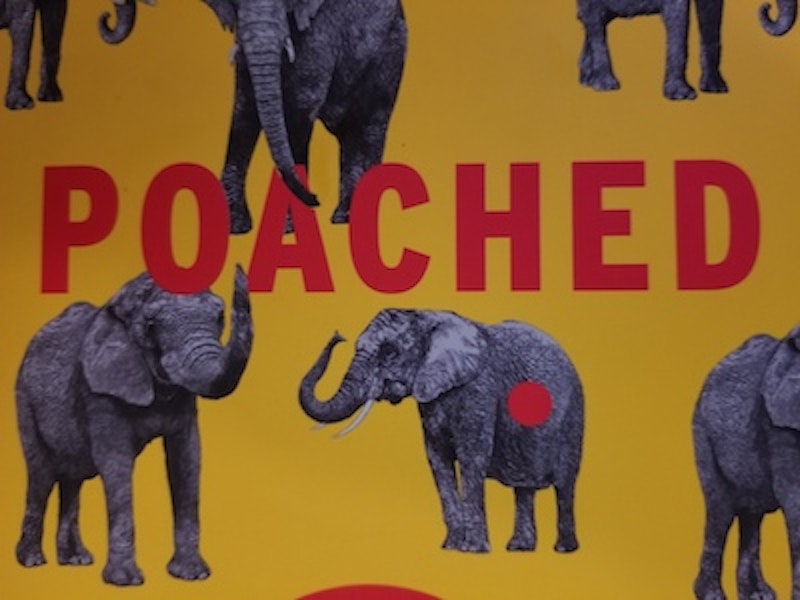 Rachel Love Nuwer is a freelance science journalist in New York City. Her new book Poached: Inside the Dark World of Wildlife Trafficking is a carefully reported, well-written investigation of a subject so grim and infuriating that I found myself reluctant to pick up the book; and once finishing it, procrastinated for a couple of weeks about writing a review.

But we ought not turn our eyes away from the grisly and illicit global business of wildlife slaughter and exploitation that Nuwer describes: from tiger wine and pangolin meat; from bear farming (a practice I’d never heard of before, involving extraction of bile from the caged animals); from the killing of elephants for ivory used to create merchandise and art objects; from the agonizing chainsaw removal of rhino horns for bogus medicines and aphrodisiacs.

Nuwer travels widely to get a close view of such practices. In an early chapter, she visits a Vietnamese hunter of pangolins, who is helping drive these mammals toward extinction in response to idiotic consumer demand for their scales (which are made of keratin, like your fingernails). Disarmingly, he comes across not as a particularly bad guy, just someone with a family to support who might choose a different livelihood if it paid the bills.

Combating poaching requires changing incentives, not just moralizing. That is not to say, however, that there isn’t genuine evil among the people engaged in the illegal wildlife trade. Some who traffic in rhino horn, for example, not only don’t worry about rhinos going extinct, but openly welcome the prospect, since it would raise prices for their existing stock.

I have on occasion gotten a glimpse of the bleak realm into which Nuwer delves. On a trip to South Africa in 2011, my wife and I stayed at a game reserve, and from our cabin at night we could see the headlights of the “anti-poachers,” armed patrollers who followed the reserve’s rhinos to guard against poachers who’d struck recently and would strike again.

On a trip to Nepal in 2009, we stayed at a tented camp deep inside Chitwan, a national park featuring rhinos, elephants and tigers. Seeing such animals at close proximity was one of the high points of my life and exemplified how tourism can provide revenues that help protect wildlife and nature. On a 2016 trip to Nepal, though, we could no longer stay inside a national park, such camps having been banned by “Maoist” politicians hostile to capitalist ecotourism.

Nuwer’s travels include visiting Zakouma, a national park in Chad that’s had success in battling back against poaching (partly with revenues provided by tourist camping). Other trips include going to a region in Laos where the few white women who enter are likely either backpackers or prostitutes. She opts to dress like the latter, noting that she “already had the clothes for the job.” Repeatedly in the book, I was struck by the contrast between Nuwer’s fun-loving thirtysomething persona and the terrible things she was seeing in her reporting.

In Laos, for instance, she was investigating bear farming. She describes the squalid cages in which the animals are kept and how their gall bladders are surgically moved and catheterized to retrieve bile. The seemingly legitimate medical uses of the bile could be achieved with other products that don’t require torturing bears. Nuwer also notes that activists have created some sanctuaries to provide bears rescued from this misery with a far better life.

Poached discusses various existing or proposed solutions for poaching, including a difficult debate about whether allowing ranchers in South Africa to export rhino horn would help or hurt efforts to protect the animals. I’d have liked to read about technological anti-poaching approaches that have begun to emerge, such as tracking animals with hidden micro-transmitters (for example, inside a rhino’s horn), but that’s not a focus of the book.

Most importantly, Poached could raise public awareness of the problem that exists and the limited time to deal with it before some of the most iconic and beloved species on the planet disappear from the wild.