My Menopausal Wife is Possessed by Demons 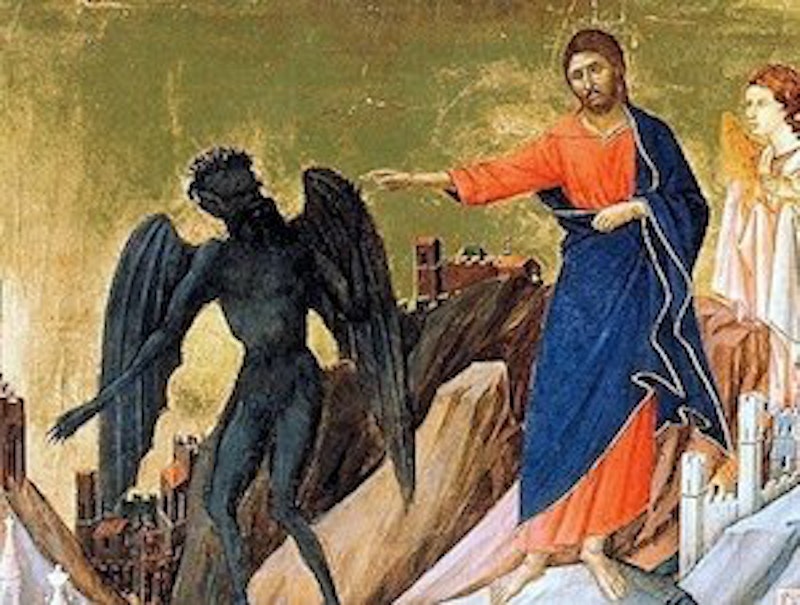 PROBIOTICS AND FORESKIN—that’s John M. Harris’ slogan. Maybe I’ll emblazon it on my own personal escutcheon. I’ll add an image of a healthy bowel gurgling above a stout “hooded” penis in all its integrity.

Or maybe l’ll engrave that slogan on a seal ring that I can hand down to my posterity. What’s more, in line with the traditions of heraldry, I’ll render that phrase in medieval French, or even in Latin—two languages I’m ignorant of, since in school I took German, under the influence of the strong Teutonic communities that still existed in Indiana back then, before the lords of borderless capital commenced the Great Replacement of White Americans with Global South papists and Mohammedans.

But I’m joshing around, “riffing” to steal a word from the vibrant English of the talented Negro musicians. The fact is that, in the wake of my last week’s diary entry that discussed my suspicion that my grave illness is related to my circumcision—a claim supported by the folk-medical tradition of Holy Mother Russia—I’ve “put out feelers” to authorities who will be able to shed light on this matter one way or another. More on this in the future.

In the meantime, I’ve been heartened to find that the medical community now acknowledges that the probiotic diet I’ve followed for the last 15 years can be crucial to good health. In fact, the proper “biome” of “good” microbes in the gut can stave off respiratory, cardiac, and neurological disease.

My diet has certainly kept me alive despite my alarming diagnosis—of that, I’m sure. In gratitude, maybe I’ll become a travelling prophet of probiotics, seeding knowledge around our doomed and decadent country in the same way that Johnny Appleseed once seeded apple-pips. Awake, sickly and obese subjects of Global Homo-Zionism! Embrace the flagon of fermented mare’s milk! Pledge allegiance to the fermented cabbage, the pickled ramp, the toothsome yeasted-tripe hors d’oeuvre! Heal yourselves! Live, live, live!

Meanwhile, I’ve recently become interested in the possibility that the state of menopause is, whatever its hormonal triggers, also a state of demonic possession, one that can be “cured” by certain types of exorcism.

As Mother has entered menopause, I’ve at times thought that she was possessed by spirits. The meekness that endeared her to me, and that made her a good partner with which to run a small organic farm, has degraded. She sniffs more, complains of needing more sleep, and has lost that extra 20-odd pounds sagging from the lower abdomen that’s the glory of the Benedict Option wife. She’s less eager to perform farm tasks, even those that I’m sure she used to cherish, like burning sulfur pucks in the manure barrels and spaying the goats. And she’s been “short” with me recently, not to mention bursting into tears at some of my firm, but kind, commands.

The small Men’s Group at our Russian Orthodox Church has been my bulwark in this situation. My fellow parishioner James, like me a thin-lipped middle-American WASP convert to the Holy Russian faith, has pointed me towards Russian folk tradition (O infinite repository of truths and good sense!). In the sainted Russian peasant commune, he explained, menopausal wives, lying prone, are beaten with threshing tools around the feet by a committee of village elders. The goal is to “shake the desiccated womb,” driving “Old Scratch, who is present there” to abandon his abode and flee, via the cervix, into the air, ultimately to fly to the Levant, where he takes shelter with the Chief Rabbi of Jerusalem.

Another venerable Slavic anti-menopause “exorcistic” tradition, James told me, is known as the “Booting of the Ovaries.” This involves the vigorous application of the heel of the male foot to the midsection of the female beneficiary, who’s typically writhing in the filth of the communal pigsty, tormented by the demons that possess her.

While this cleansing occurs, a mitred bishop recites the Holy Orthodox Act of Exorcism.

Often “holy fools” were summoned en masse from the regional villages to perform this beating—another example of the way Russia’s communal culture, which humanely integrates the mentally challenged into both daily life and holy ritual, is superior to our individualized liberal culture.

I don’t know whether I’d have the grit to subject Mother to these rites, even if for spiritually salubrious purposes. But at the same time, I don’t discount the efficacy of these methods. Know this, friends: Demons walk among us. Demons are real.