Symphony of the City

I’ve gotten to know my neighbors by their acoustic habits. 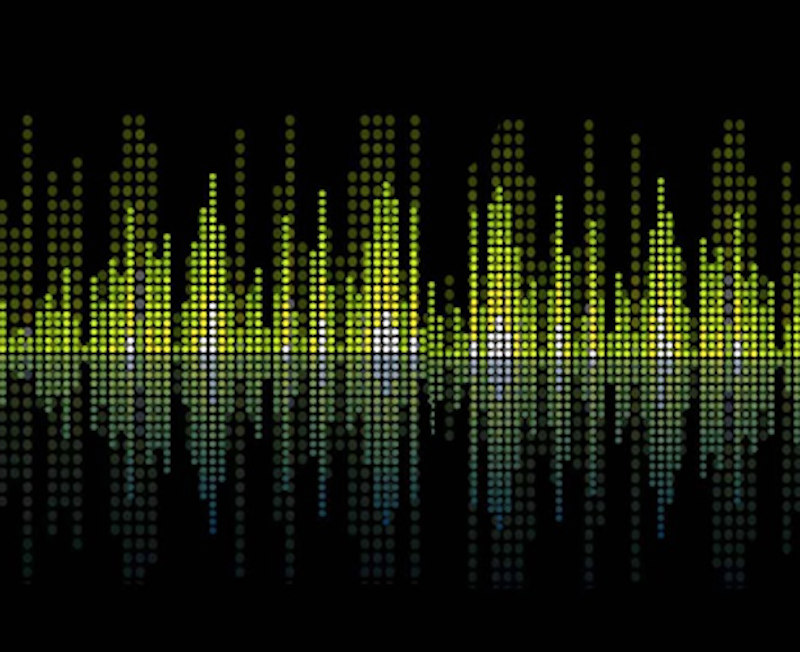 The thumps come at 4:30 each morning. Da-dum, da-dum, da-dum. I count the bumps, 12 of them, one for each step as my neighbor Shirley wheels her oversized handcart from her second floor apartment to the courtyard below. From there, she rolls the cart to the rear alley garage prepping for another day at her paralegal job. The heavy rusted gate slams shut with a thunderous clank and once again I’m fully awake, ready for a new day.

As the sun rises, the finches appear, twittering in the large courtyard oak. Before long, wild parakeets arrive to scare away the finches with brash squawks. The crows will come soon, cackling as they dive bomb the parakeets from above.

The ambulance sirens start early, headed toward the nearby hospital on San Vicente Blvd. On Wednesdays, the recycling trucks arrive by 5:30 shattering glass in their gaping maws. Thursday brings the trash trucks, their pneumatic roars echoing off the thick alley walls.

I’ve always been a sonic soul, hypersensitive to sounds and noises. I detect the hum of overhead power lines and the faint buzzing of bees as they circle the jasmine outside the bedroom window. I catch snippets of conversation from across the room and I can hear car radios blaring or couples fighting from blocks away.

I’ve gotten to know my neighbors by their acoustic habits. Bridget sings lullabies at night to her corgi puppy. Anna repeats French phrases from a foreign language learning CD. Douglas tries to cover up his Tourette’s vocal tics by playing James Brown at loud volume. (Inevitably, his yelps sync up with Brown’s shrieks.)

I take solace in city sounds. I love the local kids yelling as the ice cream man’s jingle approaches. I’m overjoyed when our postman Chester whistles off key during his mail route. I cherish my neighbors chanting during their Tuesday night meditation group.

Sometimes the auditory tableau becomes menacing. On Fridays, the gardeners’ leaf blowers create a grim opera of Wagnerian dissonance. I dread the dull thud of hammers and the shrill buzz saws from local construction sites. I’m awoken at night by screeching tires and high-volume car alarms. I’ve learned to distinguish the crack of a gunshot from the lower pitched bang of a backfiring car.

The worst night of the year for me is July 4th. The ubiquitous fireworks and roman candles mimic a war zone. I stuff my ears with cotton, but the explosions bleed through. I typically spend the evening fighting off an acoustic headache. On rare occasions, my auditory skills are used for public good. Once, my neighbor Cedric asked me to help him find his lost dog Zima. I closed my eyes and listened for a distinctive high-pitched yelp. I zeroed in on a familiar sound and located the French bulldog under the apartment, stuck in a tight crawl hole. To this day Cedric and his wife call me “junkyard dog” in tribute to my canine-like hearing.

I carry a journal with me on my frequent bike outings. This allows me to transcribe bits of dialogue I encounter as I pedal through the streets. My favorite moment involved an African-American woman at a bus stop with her hyperactive young son. She implored her boy to calm down yelling, “Spatula. I got two words for you. Behave!” Another time I witnessed a transvestite dancing on the sidewalk. A driver in a passing car yelled, “Are you a man or a woman?” The transvestite answered, “Don’t get caught up in labels, baby.”

Unlike most people, I’m rattled by the presence of complete silence. I require white noise to feel relaxed. This could be the soft hum of an air purifier or the whirring of an overhead fan. I find my neighbor’s snoring to be soothing while crickets and cicadas are the ultimate sleep aid.

In recent years, my hearing has diminished. I’ve noticed I no longer hear distant conversations with the same clarity. Whereas I once heard mosquitoes before they came into view, they now sneak up on me. The soft bass notes of an acoustic jazz song are now drowned out by the piano.

While some people are terrified of becoming blind, my great fear is that one day I’ll lose my hearing. Sound is my salvation. Like an animal that sniffs the surroundings to detect danger, I rely on sound to interpret the world. A world without sound is a nightmare I never want to experience.