Full of historic and architectural treasures. 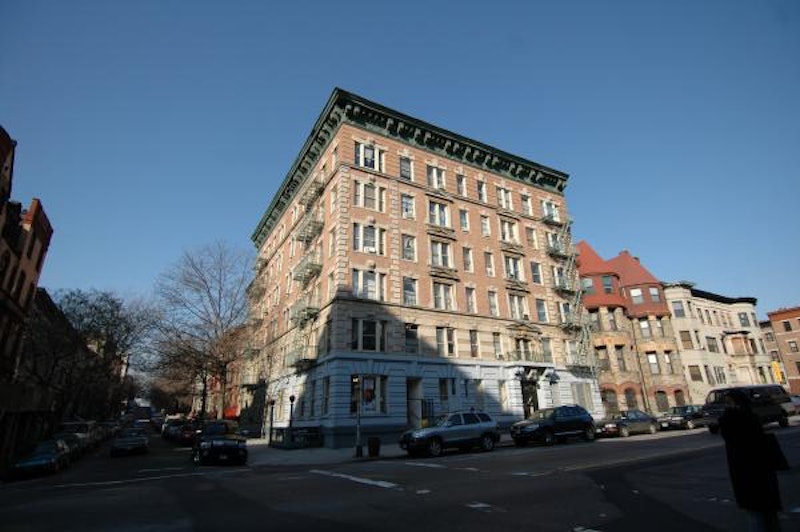 Sugar Hill was so named because it represented the “sweet” life to many African-Americans who lived uptown, attracted to Sugar Hill’s then-luxury buildings and spacious apartments and inspired by the Harlem Renaissance, a philosophical and artistic movement of the early 20th century. Musicians Duke Ellington (who took the A train to get there), Cab Calloway, Paul Robeson, Billy Strayhorn and Count Basie called the neighborhood home, as did civil rights activists W. E. B. Du Bois, Roy Wilkins and the Rev. Adam Clayton Powell Sr.; literary giants Langston Hughes and Ralph Ellison; and jurist Thurgood Marshall.

Sugar Hill proper is between West 145th and 155th Streets and Amsterdam and Edgecombe Avenue (the avenue is so-called because it runs along the cliff overlooking the Harlem River known as Coogan’s Bluff, “comb” derived from an old English term signifying hill, or the Welsh term cwm). The area is full of historic and architectural treasures—too many for one humble Splice Today page, so I’ll have to return to the area anon. 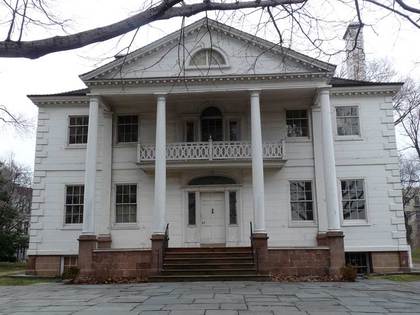 The Morris-Jumel Mansion, in Robert Morris Park at Edgecombe Avenue and West 160th Street, is the oldest remaining private home in Manhattan. Nonchalantly eyeing the city spread out below it from its high perch on a hill, the mansion was built around 1760 by a British colonel, Roger Morris, who was married to Mary Philipse: some say Mary had previously turned down a proposal from George Washington. Morris’ estate, Mount Morris, covered a vast amount of Harlem acreage, some of which would become Mount Morris Park, now Marcus Garvey Park. During the war, Morris, a loyalist, was forced to vacate the mansion and return to England; it then became a headquarters for Washington in the autumn of 1776. While president in 1790, Washington had a formal dinner in the mansion with John Adams, John Quincy Adams, Thomas Jefferson and Alexander Hamilton.

After passing through several owners, the mansion was purchased in 1810 by a wealthy French emigrant, Stephen Jumel, and his wife Eliza. They redecorated the house in the French Empire style it retains today and imported furniture; a bed purportedly owned by Napoleon can be found in the mansion. Jumel also planted a number of cypress trees south of the mansion that were brought from Egypt by the French emperor. After Jumel’s death in 1832, Eliza married former Vice-President Aaron Burr, who is probably better remembered today for killing Alexander Hamilton in a duel in 1804. Their marriage was stormy and brief, and after their divorce in 1834, Eliza occupied the mansion until her death in 1865 (she is entombed in nearby Uptown Trinity Cemetery). Some say her sprit is in the house, since the ghost of a well-dressed woman in the fashion of the time has occasionally been spotted in the halls. The mansion has been preserved as a national monument since 1904. 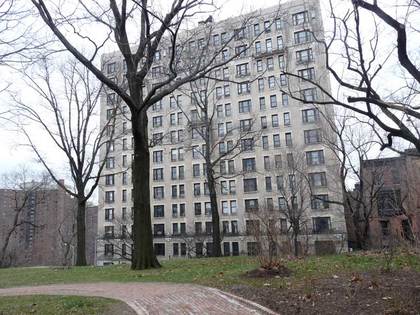 555 Edgecombe Avenue at West 160th Street contained apartments formerly tenanted by Paul Robeson, Count Basie, Lena Horne, Thurgood Marshall, and presently by the keeper of one of NYC’s great musical traditions, Marjorie Eliot, who has held parlor jazz concerts every Sunday since 1992 on Sundays from 4-6pm at studio 3F in tribute to her late son, Philip, assisted by a rotating cast of jazz musicians, young and old; you will hear spirituals, jazz numbers and show tunes, and more often than not, Marjorie will pass around some cookies and apple juice. 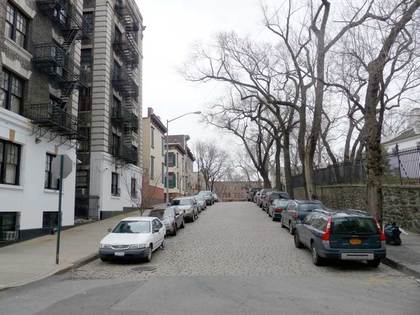 Jumel Terrace, named for Stephen and Eliza Jumel, runs two blocks from West 160th north to West 162nd. It still preserves its Belgian block pavement from decades ago. A second street named for the Jumels, Jumel Place, can be found a few blocks north between West 167th and Edgecombe Avenue near Amsterdam. The terrace, as well as West 160th and West 162nd Streets, is home to several picturesque Romanesque Revival houses built in 1896. 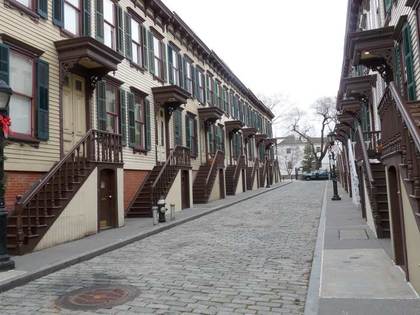 “Sylvan” is an adjective that means “woodsy” or “like a forest” and there are three uptown alleys named “Sylvan”: Sylvan Court and Sylvan Place, which are on East 121st Street near Marcus Garvey (Mount Morris) Park, and Sylvan Terrace, which dead-ends on Jumel Terrace facing the Morris-Jumel Mansion, with a set of steps leading down to St. Nicholas Avenue. This was once the carriageway to the mansion, but since 1882 it has been home to about 40 nearly identical clapboard wood-frame houses, meticulously maintained by their owners. It was developed by James Ray and built by architect Gilbert Morrison. Earlier critics mistook them for servants’ quarters, but they were originally middle class residences, and present prices on the terrace are north of $1 million if you want to purchase one. 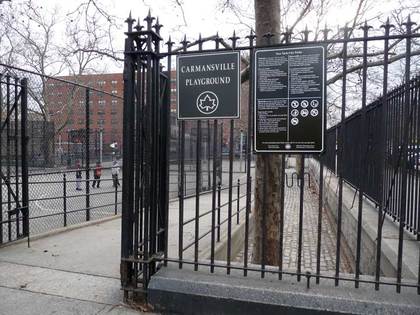 From Sylvan Terrace, walk a few blocks south on Amsterdam Avenue. The Carmansville Playground, Amsterdam Avenue and West 152nd, is the last vestige of an uptown village founded by Richard Carman (1801-1867), who sold 23 acres of his uptown property to Trinity Church in 1842. Carman was a box manufacturer who made a fortune in real estate and insurance and was a near neighbor and friend of the family of John James Audubon, who also lived nearby. He founded the village of Carmansville along today’s Amsterdam Avenue between West 150th-153rd Streets, and was interred in the nearby Uptown Trinity Cemetery. 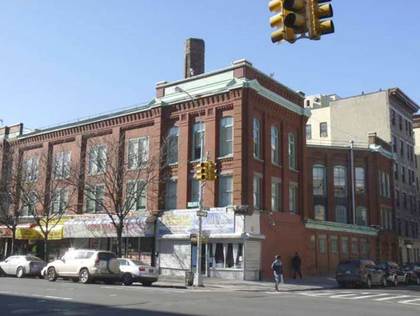 If you have been reading my website for awhile you know my admiration for brick factory buildings that have been repurposed as apartments. One of the prime species can be found on Amsterdam Avenue, West 150th and West 151st Street, the former Joseph Loth Silk Ribbon Factory. The factory, in its heyday, employed 600 workers and made ribbons in 15 widths and 200 colors.

Joseph Loth arrived in NYC from Hartford, CT in 1862 and in 1875 founded his silk ribbon company, “Fair and Square Ribbons.” The company was originally located in what is now SoHo, but moved uptown to Hamilton Heights to this new building designed by architect Victor Hugo Kafka in 1886. There was originally a monumental clock tower midblock on Amsterdam, but it was lost to a fire in 1916. Though the Loths owned the building through the 1920s, after the death of the founder around 1900, it ceased to be a factory around 1920, and the building became more generalized. A skating rink and early "moving picture" theater arrived around 1910, which is also when the columned entrance portico was constructed. Storefronts appeared around this time as well.