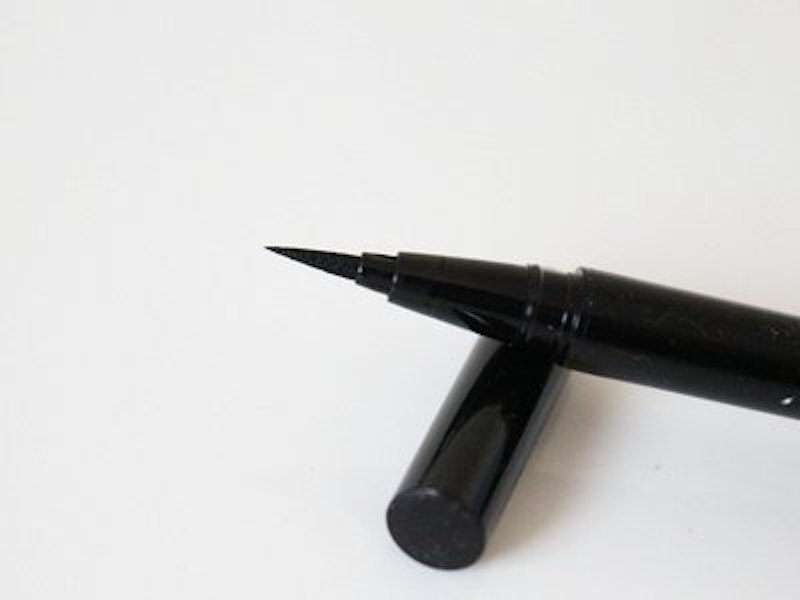 Lindsay and I had been talking for over a half hour, and it was time for both of us to go do more productive things than get sucked into another discussion about pro wrestling. So I began the farewell process: standing in the bathroom, about to get in the shower, I looked in the mirror and told my friend “I gotta go get pretty.”

A wry chortle from the other end. “Right,” Lindsay deadpanned, “like you need makeup or anything to look pretty.”

“Stahhhhhp,” I whined, pronouncing each H. “Talk to you later.” We hung up and I began to strip, still gazing in the mirror and considering which album to listen to during my ablutions. As I climbed in, though, it hit me just how self-deprecating my offhand comments were. I’d described myself as inherently not pretty and, when faced with pushback from a friend who sought to compliment my looks—a fellow transgender woman, no less—I told her to stop. That’s not just disrespectful towards my friend, that’s disrespectful towards myself.

I’d never thought of my outlook in that light before. As the warm water rushed over my hair and mingled with the uppity pop rock of I Fight Dragons in my ears, I thought back over the years on how I considered my reflection. I’d never considered myself remarkably attractive as a boy, something I now realize probably had less to do with my time spent mildly overweight and more to do with my overall hatred of my own maleness. When past girlfriends told me I was handsome or even cute, I laughed it off. “I’m really happy you think so,” I’d smile—the closest I came to just saying “thank you.” Whenever one girlfriend unknowingly used adjectives I might have unwittingly preferred (beautiful, gorgeous, etc.), they were almost always bound up in another word meant to reassure my masculinity: beautiful boyfriend, gorgeous man, and so forth. That held no passion for me, and so I discarded them out of hand.

As I reached my mid-20s, I began accepting how I looked a bit more. The first time I’d shaved my legs, several years before, I found an aspect of myself pretty for the first time—but that was a concept only good for sexual fetish, I told myself, not everyday life. It wasn’t the way my girlfriend at the time liked me, anyway, and wasn’t that the look I wanted to pursue? Clearly, she had style and good taste; look at the way she dressed herself. I dabbled in purchasing new clothes for the first time in years, putting together a freshly nerdy-boy look that incorporated casual button-down shirts and closely fitted jeans. Occasionally, I would look in the mirror and smile faintly—looking okay today, Sam.

Eventually, I couldn’t convince myself that those longing gazes in the mirror wishing for a more feminine, less stubbly, more narrow, less blocky face were solely because of my “fetish” for women’s clothing. I wasn’t a man, the way I’d been trying to convince myself. There were parts of my body that had simply developed wrong, and as I’ve mentioned before in this column, if I didn’t get started correcting them now, I wouldn’t be around to do it later.

So I began my transition and started learning the basics of makeup—of eyeshadow, foundation, and that tricky bitch named eyeliner. Over the past six months especially, I’ve dramatically improved my makeup game and have gotten to a point where looking in the mirror after careful application gives me great pleasure. There she is! a tiny voice will cry. I’ll grin, give a small hip-shake to my one-woman audience, and go about my day. On occasion, I’ve even done such things with no makeup at all; when I found a gray sweater dress at a clothing swap earlier this year, I eagerly put it on at home and marveled. Even without a bra or makeup, the effect was undeniably feminine. I was so elated I slept in my new favorite garment that night.

You may notice a thread here: my ability to appreciate my own body and looks has been, up until now, entirely dependent on external factors like clothing and face paint (and in theory, the validation of others—but mostly those two sets of physical goods). When I’m alone and naked, that’s when the dysphoria is harder to beat than ever, and when it’s most difficult to convince myself that this form is worth praising or considering “pretty.”

This is a holdover from what Lindsay and I call the Before Times, when our pre-transition selves were full of directionless self-doubt. It’s a relic of when I thought I was just a fucked-up little boy who needed to get over himself already. But now that I realize the flaws in that logic, it’s still not easy to persuade my brain to allow myself physical self-esteem. I can consider myself intellectually worthy of respect, or even sexually—but physically, merely in my body? That’s a tougher sell.

However, it’s an inner debate that I’m now more determined than ever to win. My conversation with Lindsay sparked an indignity that wasn’t there a year ago. Why can’t I be pretty? it lightly pouts, arms folded in defiance. I can think of myself any way I want. So it’s now my mission (I’m establishing a lot of those lately) to change my own mind, and start giving this girl named Sam who’s finding her feet a little inherent respect.

Not to say I can’t give her some makeup tips, too. Turns out eyeliner’s actually pretty fun.