Bloomington, IN is much changed, and for the better. 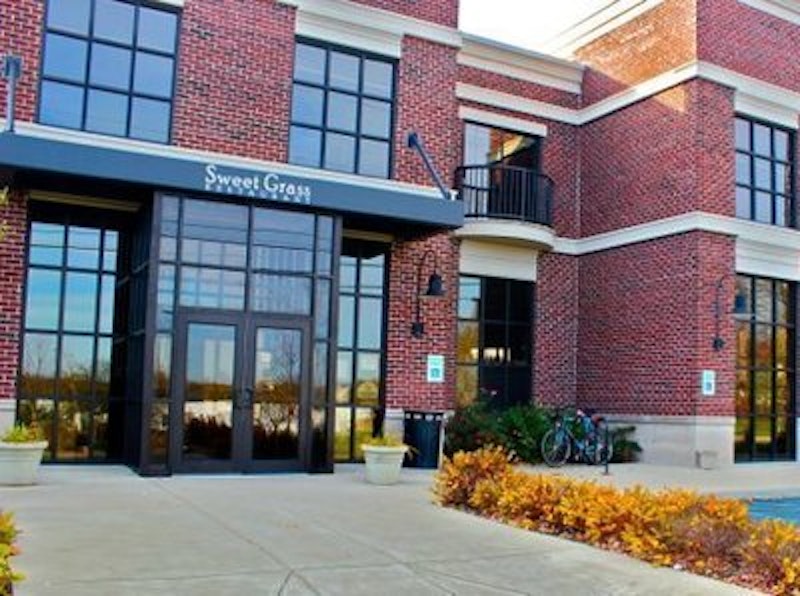 Bloomington, which I visited two weeks ago to do research at the University of Indiana for my book, is much changed since I was last there—and for the better. The food options are improved. The “organic revolution” has claimed this university town, which is now full of “fast casual” establishments offering tasty, wholesome fare. (If sometimes at too-high price points. My fine salad of spinach, goat cheese, onion, cucumber, and other nutritious ingredients at an eatery called Sweetgrass was dear at $8.95. I had asked the young woman behind the counter for a good, healthy lunch at a reasonable cost, but she seems to have misunderstood my request, though I repeated the phrase “reasonable cost” three times.)

The city also seems to me cleaner and better run. Bike lanes have been established, and the black men one meets are better behaved than they used to be. They are also more handsome. Several of those that I admired had faces every bit as fine as the dusky sub-Saharan tribal masks on display at the Smithsonian Institution, masks that I remember being a “high point” when I last visited that museum in our imperial capital back in 2003.

In addition, the campus anti-Zionist movement is wonderfully in evidence in Bloomington, as testify the fliers bearing such messages as “ZIONISM = FASCISM” that emblazon lampposts everywhere.

All that and a Saturday farmer’s market! Brother Aiden and I are discussing whether to apply for a booth at this Bloomington market, so that we can offer our fine root vegetables. The downside would be the long drive from our Benedict Option homestead, in a farm truck that’s in poor shape.

The above are positive developments that can only hearten a “crunchy” paleoconservative. We must remember that, even if we are entering a post-Christian dark age, yet there are joys to had, even amidst the cultural rubble that we inhabit. We owe it to the Lord to be sensible of life’s graces.

The skin on my penis has begun to “scale.” It has formed into a callused pad, perhaps an inch and a half long and a half inch wide, on the top side of the shaft, about a finger’s width down, directly under the soft meat of the glans. I don’t know what to make of this, given that, sinner though I am, my faithfulness to Mother has been total.

There’s an itch associated with this scaling patch, which alternates, depending on the level of the penis’s engorgement with blood, between a raw pink and a dull white. I’ve been unable to refrain from scratching, unfortunately. Nor does a generous slathering with calamine lotion help (though its candy-pink color and homey smell bring back to me the mosquito-bite remedies of my small-town Indiana childhood). The cortisone cream that Daughter uses for her eczema breakouts has also proved ineffective.

Actually, eczema might be the problem here. It’s hereditary, and I have suffered from it at points. Maybe I’m facing an eczemic breakout not on the face, as usual, but rather on the shaft of the penis.

But Brother Aiden and Sister Marie, having examined the scaling, have broached the possibility of ringworm, with Aiden insisting that tincture of wormwood and nettles, an ancient Russian folk remedy, will cure it “in a jiffy,” as he puts it. I’m eager to try this remedy. If there is a bright side to this affliction, it will be the chance to profit from the peasant wisdom of Old Muscovy.

Meanwhile, given the hurly-burly of my days recently, I’ve still been unable to look into Aiden’s contention that Christopher Caldwell has been re-coopted by the Jews, though I’ve promised to do so several times now.

Another task that awaits me is to counter the most recent anti-Russian hate material from Masha Gessen, a Jewish-Lesbian anti-Russian extremist who has been embraced by the Zionist press. O Lord I am weary, and yet I must needs set my humble shoulder to thy wheel…