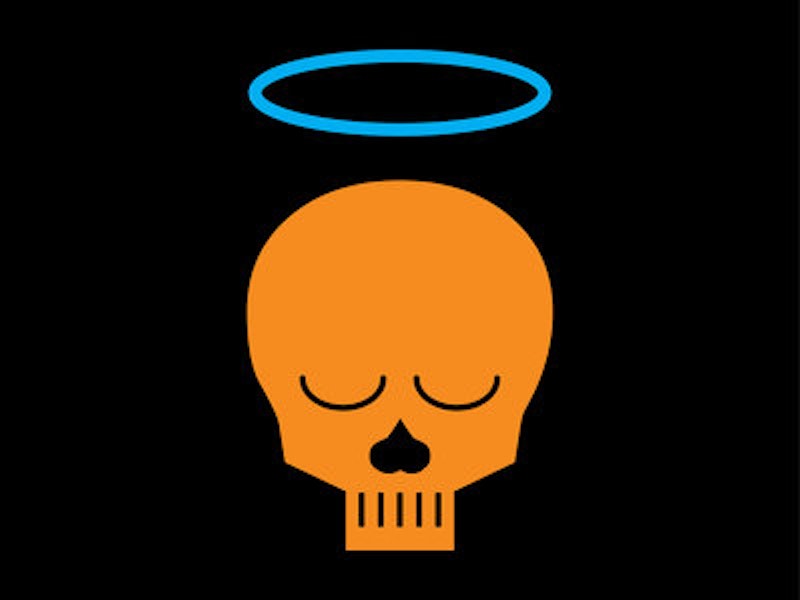 Waking that that late-October Saturday a little before two p.m., Mark Fisher brewed a pot of coffee, tossed in a shot of Jim Beam, made a slice of toast, buttered it, and sprinkled on some sugar and cinnamon. At the kitchen table, he stared out the window bank, the sun reflecting on Fourth Lake. What was Anne Howe doing with this Davy Raboy freak? He’d already known an awful lot about her from investigating Veronica’s birth. Over the course of last week, he’d learned more, about both of them. Today he was going to poke around her property. Illegal? Of course, but he was a sure-footed beast.

By late afternoon, dressed in camo, he headed his Blazer north on 28, a country station playing. A hunting rifle rested on the back seat, it was either a story prop if caught wandering her land, or—if it came to that—protection.

Anticipating the gated driveway, Fisher parked a half-mile past and hiked along the dirt road to Anne’s driveway, ready to duck if he heard a vehicle. The sky was just beginning to darken.

He was certain they’d murdered Veronica. He suspected, too —based on nothing but his intuition—that they were guilty of the golf-course killing too. Mark hoped to retrieve Veronica’s laptop and cell phone. He didn’t trust the cops with any of this; his contempt of police rivaled that of any criminal’s.

Approaching the house, he saw that no lights were on, no sign of anything. He relaxed.

The melancholy autumn air, harbinger of winter’s impending death, set a tone as he neared Anne’s mansion. Mark Fisher felt smugly wicked. Then he felt shock, a hard metal jab in his back. “Stop right there, hombre, and put your rifle on th’ ground, slow an’ gentle-like, then reach for the sky,” said Davy, pistol in hand, as Anne stepped from a black space Fisher hadn’t noticed before. She picked up the rifle, and pointed it at Fisher. Smiling like a cat full of canary, she said “No shit, Sherlock, we’ve been expecting you!”

In 30-odd years of sleuthing this was the first time Mark Fisher had been outfoxed, a curious and dismal sensation.

They came to the edge of a ridge, below a drop of 30 feet, to a scattering of boulders and jagged rocks. “About face, Buck Private Fisher!” said Anne, while Davy rooted through Fisher’s pockets, nabbing his wallet and car keys. Fisher was stony silent.

The detective swallowed hard, said nothing, his mouth and throat parched, his pants sopping with piss. “You want to see another day, right? You’ve got to give me something to work with, kid. Speak up! Stake your claim.”

His knees were water as he thought, thought about the day he’d led the high school debating team to victory; about when his parents took his sister and him to the circus—the elephants, the magician, the clown—about Veronica, a sweet kid; about being an infant in his crib, lifted by his mother for his feeding, suckling at her breast...

“So quiet! Well. Let’s play a game. I like games. Maybe a game will bring you out of your shell? We’ll play Simon Says, okay? Good. Simon says, Stand on one foot for one minute and I’ll let you live. Go!”

“It speaks! Simon says, Too bad, Mannix—you had your chance. Simon can only assume that you don’t really want to live, not really-really with sugar on top.”

Davy viewed Fisher’s humiliation and terror through a blasé lens, in a state of twice removed. An hour earlier, he and Anne were smoking opiated hashish, so this scene played out like a Looney Tune in a movie theater, an amusement. He began to giggle, a girlish giggle. He hated Fisher, hated him for trying to break up their fun. From hacking into Veronica’s Mac, Davy knew all he needed to know about this gumshoe.

Davy also hated the way Fisher looked. Those wide scrubwoman hips reminded him of Darlene’s Harold, another selfish frump of a man out to demolish the perfect time... Another turd in the punch bowl. Despite the druggy haze, Davy’s hatred festered, bloomed, exploded: red, with purple flashes.

Using the barrel of Fisher’s rifle, Anne drew a large lazy circle on his abdomen, then gave the center a stab, smiling at him.

“Simon says, Take one baby step—backward.” Fisher teetered at the very edge of the precipice.

“Simon says, take three baby steps—forward.” He did as told.

Fisher had no choice, two guns pointed at him. Stepping into the void he cascaded, screaming, until he hit the boulder with a nauseating thud. He lay there, face up, stunned. Then, realizing he couldn’t move his arms or legs, he screamed like a hurricane.

Sitting on the cliff’s edge, feet kicking, Anne shouted down, “Shush! You’re disturbing the peace! You have the right to remain silent!” Davy loved the way she maintained a poker face while cracking wise, just loved it.

There was a moment of quiet. Anne shouted, “What’s the matter, Mark?”

She tossed Davy a smirk, stood up, brushing dust off the seat of her jeans. They climbed down, along a side trail, to the prone detective. From her belt, Anne unsheathed a serrated hunting knife. While Davy distracted the man with conversation, she gave one of his legs a slice. Blood spurted but there was no reaction from Fisher.

Anne said, “Mark, your back’s broken. You should call an ambulance. You need to get to the hospital, right away.”

Climbing up the trail, they left him there, trundled along, arms around waists.

Driving along the road in Anne’s Jag, they found Fisher’s SUV.

Gloves on, Davy drove the Blazer to Old Forge. In the dark, he parked it in the municipal lot, between Old Forge Hardware and St Bartholomew’s. Getting out, he deliberately left the keys in the ignition. As assumed, before dawn teens took it for a joyride and ditched it, their prints and DNA plastered about.

Anne leaned on the Jag’s fender in front of Five Corners Restaurant as Davy jogged up to her. Holding hands, they walked to Walt’s Diner, right where they’d initially met mere weeks earlier. At the counter, Anne ordered tea with lemon. Davy was famished, insane with hunger from the combination of dealing with Fisher (Davy felt a primal victory over him and every male who’d made his life a misery) and the mad effect of smoking hashish. He ordered two grilled cheese sandwiches, a side of fries, a green salad, a chocolate shake and a 7-Up. For dessert, apple pie with coffee, then a dish of chocolate ice cream and a coffee re-fill. Exhausted, they didn’t talk much.

Back home, the deadly duo celebrated Halloween, Davy as the I’d-rather-fight-than-switch Tareyton smoker, a smudge of charcoal under one eye, and Anne costumed, so to speak, as a nudist. Davy so loved her body. He knew oafs would call it boyish, but didn’t they say the same about Twiggy? There was nothing masculine in the nuance of slight curves. Quite the contrary.

Before the fire, on a soft rug, Anne lay on her back, fingertips stretched ceiling-ward, knees spread, ankles wrapped around the back of Davy’s neck.

A little later, they smoked more dope by embers, then dozed, the twin terriers napping. Outdoors, deep in the pitch, Fisher lay helpless as he heard coyotes nearing, their eager yipping and yapping and baying growing louder, until the pack was circling him. One took a bite, then another, then they were all over him in a furious frenzy, fangs feasting on his flesh, feral bellies filled with human blood. The following day, crows picked the skeleton clean, leaves drifting down. In November came a shroud of silent snow that would remain well into spring.

Summer’s wildflowers will reach for the sun through eye sockets, tall grass waving from his ribcage.

In the middle of the night Davy awoke with a start, in the grip of panic’s icy fist, the opium’s effects wearing off. The severe gravity of what they’d done hit him with force. Again, he killed a human being! Three murdered, now. No, wait: four! Jesus! I’m losing count! He raked his scalp with fingernails.

Tossing and turning, turning and tossing, he got up and smoked some dope. Settling down, he came to a conclusion: “No matter what we’ve done, I wouldn’t turn back the clock, I wouldn’t change a thing.” He embraced sleeping-beauty Anne, savored her warmth, kissed her neck, her ear, glided a hand up her thigh. Drifting to dreams, he knew that in love all was innocence. All.

The next morning, Sunday, Anne drove them to New York City. Tonight, Mona would premier her nouvelle cabaret act at Anne’s private club. C’est Anne’s had no sign, no phone, no nothing except a martini bar, a tiny stage, a handful of tables covered with thick white cotton tablecloths, and a cosmopolitan collection of eccentrics happy to pay the $10,000 cover charge.

On stage, Mona’s evening-attired backup duo: a bass violinist and a drummer whose kit consisted of a snare and a pair of brushes. They commenced their first number, a familiar standard, but one you wouldn’t recognize because the bassist didn’t play the melody. Instead, he floated outer-orbit notes and their cousins, the percussionist insinuating a shifting rhythm. After a few minutes, a barefoot Mona appeared like a phantom, dressed in a sleeveless strapless red-orange satin nightgown. Atop her head, a cool flame of cyan in the form of a pillbox hat. Black velvet gloves extended past her elbows, her tracks covered. She sang a single line, the song’s title, “It never entered my mind...” then bowed her head, slightly. A silence enveloped, followed by applause. Mona lifted her head, a hint of a smile: a junky’s smile, the corners pulled down. And so it went, this nouvelle cabaret, an evergreen abstracted to a fog, then its finale: the title sung, note-for-note.

There was no amplification, just an acoustic bass, brushes on a snare, and a brief whisper of a voice. Sound, pure and gentle and permeated with a world weariness worthy of Lester Young’s last years, each song a sliver; the entire 20 tunes performed in a half-hour, no encore.

After the show, gray dawn dappling Gotham, the three friends walked around the corner to home.

It was that Monday evening that Davy discovered the pic of Kenny in the photo album. He asked Anne all sorts of questions about his—their—father. But she had little to offer. “He was never home much. And he died years ago. What’s to tell?” She lit two cigarettes, handed him one.

Still he pestered her with querulous questions until, fed up, she said, “Upstairs, in a cedar closet, I still have his clothes. He was your size. In fact, you look just like him, a dead ringer. Let’s go upstairs and get you in one of those suits. You’ll look so sexy I won’t be able to resist getting you out of the suit and into bed.” She stood, lifting Davy by his collar, a kitten by its scruff. Then she hugged him tight, the better to kiss him, to bite his tongue.