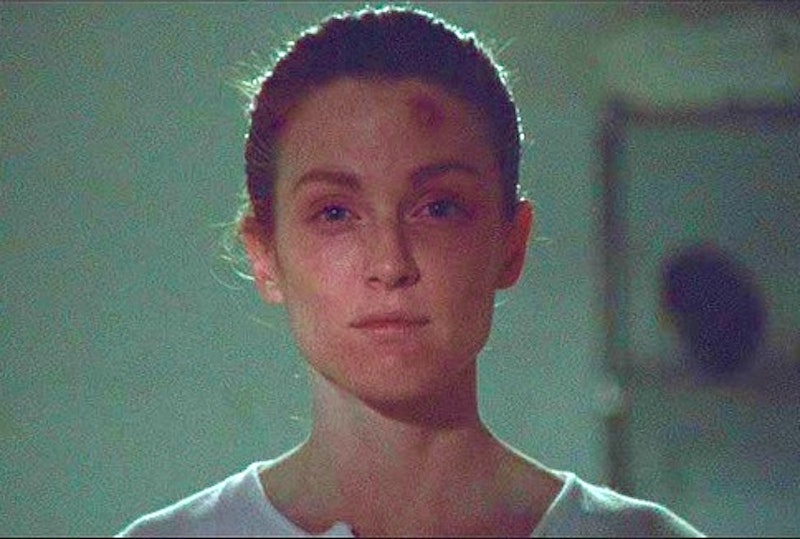 Somehow sick again? ‘Tis a pity to come down with something during the holiday season. I don’t usually mind the inescapable Christmas music piped in through pharmacies, malls, restaurants, or any store this time of year, or everything suddenly becoming Christmas-themed… but when you feel like shit some slice of canned jingle bell muzak in a bookstore can make you even more miserable than you thought possible. No serious flu or cold or infection or virus this time—no, just typical sore throat, lethargy, and a disorienting, quasi-psychedelic brain fog that makes routine tasks like shopping or eating or cleaning very bizarre indeed.

I never cottoned much to psilocybin or lysergic acid, unlike so many of my psychonaut friends. It’s just too much, life is psychedelic enough as it is… and the ceaseless march of time and aging compounds a chronic anxiety that the shell could hit at any moment, and superstitions about anniversaries, coincidences, messages not meant to be heard passed through walls in whispers… long story short I took a long nap yesterday after going shopping with my dad in Hampden.

He asked me what I’d watch that night, and I said probably Synecdoche, New York, my favorite movie ever, and one I haven’t seen since Philip Seymour Hoffman’s death nearly four years ago. Caden Cotard’s hypochondria and fatalism felt fitting for the day, and after reading the piece Mimi O’Donnell (Hoffman’s widow) wrote for Vogue last week about their courtship and Hoffman’s eventual relapse and tragic death, I made it a point to watch Synecdoche again before the end of the year.

When I woke up, I put on Todd Haynes’ 1995 film Safe instead, which I hadn’t seen in nine years. Synecdoche felt too sprawling and heavy for the moment, and I realized Safe, which is two hours following a perpetually sick, alienated, confused, and unhappy woman played by Julianne Moore, was the precise antidote I needed. The most effective comfort or balm in distress isn’t something fun in my experience, it’s something that resembles your own situation, but magnified and exaggerated and much, much worse.

Haynes’ movie is so brilliant: he just nails the self-perpetuating cycle of alienation, isolation, guilt, frustration, and lack of inertia that constantly being sick around healthy people brings about. The late-1980s Southern California suburban ennui doesn’t interest me much at the moment, but there isn’t a better depiction in my mind of that repulsive pastel antiseptic aesthetic of big homes and dance studios and hospitals and self-help centers. Moore’s character is “allergic to the 20th century,” suddenly experiencing dizzy spells, bloody noses, sores, coughing fits, panic attacks, nausea, rashes, sores, and a whole panoply of symptoms that doctors are unable to diagnose or connect to any obvious disease.

She’s in “perfect health” according to her GP, so she seeks out alternative medicine in the form of a self-help center called Wrenwood, run by a man named Peter Dunning (played by Peter Friedman, who also plays a doctor in Synecdoche, New York). I also noticed Dean Norris (Hank on Breaking Bad) as one of the couch movers early on in the film. As I write this, well, I do feel better, less vaguely panicked and reassured by that haunting final shot, a slow push-in close-up of Moore’s character inside of a space-age “igloo” isolation chamber, looking into a mirror (the camera) and struggling to speak three words to herself: “I love you.” When she finally does, the film ends.

An AIDS allegory, or Reagan-era satire, or body horror, or simply as a story of a lonely, isolated woman driven insane by a cold claustrophobic world devoid of passion and love, Safe is a masterpiece, neck and neck with Carol for my favorite Todd Haynes movie. It really whipped me into shape and put me right where I needed to be, just like a shower or a nap can do. No more washing hands with water, only rubbing alcohol. My right thumb is messed up and the computer I’m typing this on does not have a caps lock button, but I will get byyyyyyyy-yyyyyy-yyyyyy, I will survive. Jerry lives. Pray to Miles Davis. Smoke oregano. Get your friends together and tell them all to go fuck themselves. Drink 10,000 milligrams of vitamin C and get back to me. I promise you’ll feel better, one day.