When a Chicken Won’t Change

Rooster deals with some technical difficulties while contemplating the stability of the soul. 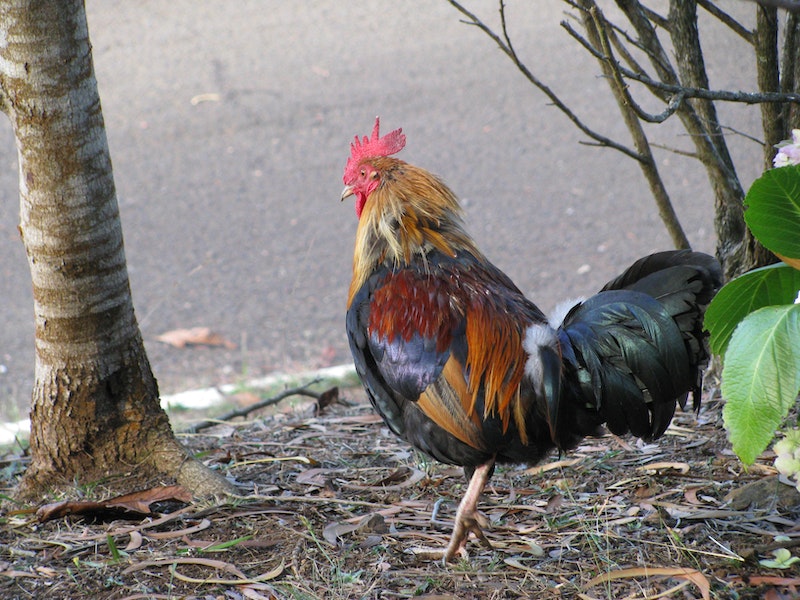 I AM NOT A FAN OF CHANGE! Sorry to scream. I’m losing my mind working with a new piece of technology tonight, pecking away my weekly missive on a computer without a caps lock button. Bennington came over two days ago and spilled kombucha all over my laptop keyboard. I nearly blinded him in a rage, losing six hours of very important work (I really feel like I was making a breakthrough this week—a new novel? Maybe. You’ll have to wait and see). He was screaming and crying on his way out, but I let him sleep in the freezing shed by the outhouse and he quieted down eventually. Hmm… probably should check on him… it’s been 12 hours… anyway, what I should’ve done first is throw my laptop in a bag of rice and put it upside down to get all that gross fermented shit out of the motherboard.

It’s a common misconception that all roosters are aggressive, confrontational, judgmental, dumb, short-sighted, and mean. That’s just Bennington. Most of us are highly intelligent, evolved creatures just trying to find our own way in this world, where factory farms feed fat families bio-engineered pseudo-chicken cut from clones that can barely be called living beings—more like lumps of breast meat and little bone with a central nervous system that only serves to imprison them in an unending existence of pure agony and pain, unable to communicate or move or understand anything what’s going on around them.

Change makes me angry, makes me remember all the injustices in this world, all the prejudice, all the hate and violence that has made my wife and I extremely solitary creatures, rarely venturing out of our barn and entertaining ourselves with my triple-decker library and endless entertainment system.

We don’t watch movies, or listen to music necessarily—no, roosters have different means of experiencing the harmony and soul of the universe. It probably all sounds like noise and gibberish to you humans, just as your art sounds like whiny shit to me. “Pavement”—who is that? Why does everyone like them? “Grounded” sounds like an abortion, and I mean that in the woke sense (I support women’s rights, and if you don’t—STOP READING RIGHT NOW!)

I’m not sure how much longer I have: the repeal of net neutrality all but guarantees that I’ll be silenced and sent to another gulag, this one unnamed located somewhere much colder than Cuba. I’m not just a voice of dissent, and I’m not a huckster or an opportunist—I’m only here to voice my truth, my very valid love.

Will I be allowed to join the chorus once the ISP’s throttle my accounts and places of employment? Doubtful. I’ll have to return to frontier days, nailing missives to church doors and town bulletin boards. Remember those? Our town still has one, next to the shaming post and the branding station. It might sound barbaric to you coastal elites, but we have our own way of doing things that works just fine, and has for over a thousand years. Why fix what isn’t broken? The liars and fakers will meet their makers in due time: if not in this life, in the next, or somewhere along the way. It might not be me, but a Quibbits will be waiting for them, knives out. It’s only right and natural.

Anyway, that’s enough for me. I should probably check on Bennington. I hope he’s not dead… eh, I’ll do it tomorrow. I’m tired. He’ll be fine… and if not I’ll just give him the family potion, the secret to which is [REDACTED].