You can't nail abstract objects together to make a physical universe. 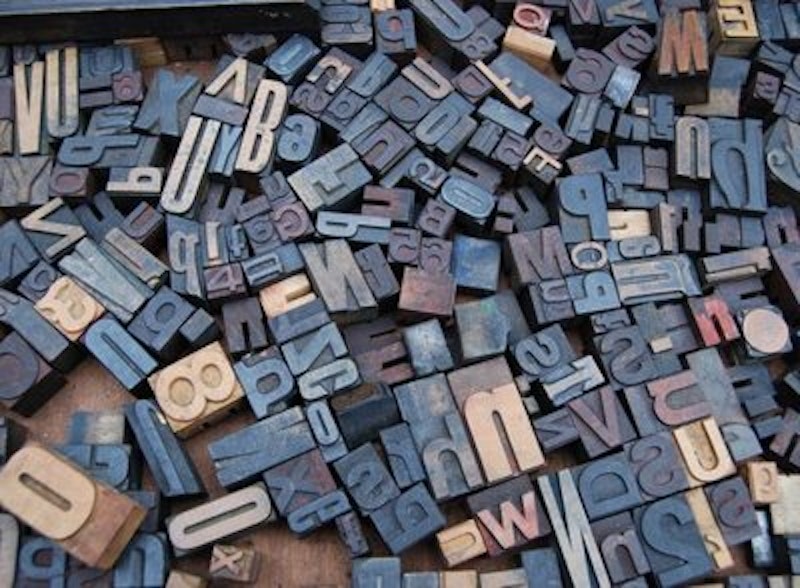 In a long life of dealing with other people, I’ve come to the conclusion that many of them are riddled with primitive or merely insane beliefs about the power of words. They think certain words are supernatural weapons, so that I could commit an act of violence against them, having perhaps never met them, as I sit here typing a column. They hedge certain words about with mystical taboos or regard them as objects of power. They think that using the right words in the right order is the key to controlling people's minds (and roughly everyone thinks that roughly everyone's minds should be controlled; we all seem to be operating as political consultants right now). Sometimes they talk as though words create reality or reality consists of words.

Everyone has their list of banned terms. The Trump administration doesn't like “transgender,” for example, or “vulnerable.” The left has tried intermittently to ban “girl,” to say nothing of the racial slur. If you're working at Health and Human Services and you talk about transgender people, you're in trouble. If you're working at a college and fuck up the order of LGBTQ, people will give you the eye. The words that will gain you entree into one social/political circle will eliminate you entirely from another. The FCC is still policing specific terms on the airwaves, on the grounds that certain words—like certain dogs, for example—are bad.

I'll listen to your “reasoning” on this, I suppose, but assert flatly that what’s being taught in college communications courses represents a system of supernatural beliefs comparable to, though less plausible than, the claim that every aspect of our destinies is fixed by the stars, or that the last war was caused by jealous rivalries among the gods of Olympus. That a view’s held by New York Times columnists, sociology professors, and bland meritocrats, however, does not entail that it’s even vaguely rational.

Any reasonable account of the power of language has to pay respect to some basic facts of which we’re all aware. First, our species produces a virtually infinite stream of chatter. We yap, we text, we post; we listen, we watch, we read. Most of the language we produce or consume has no effect on anything. Second, words are as often used to conceal as reveal, and your account of its power must, hence, countenance a relation of what you say to a reality external to what you say.

Most words are entirely futile. I’ve been yelling and gesticulating wildly about my political views since I was 14, to no effect. I've been in marriages where I was trying to make the same point for 10 years in a thousand ways and was entirely unable to convey it (admittedly, that sounds pretty annoying). We all understand that words cannot in themselves be acts of physical violence, unless maybe they’re amplified to hearing-threatening levels. We know this insofar as we know that there's a distinction between a battle of insults between Donald Trump and Kim Jong Un and a nuclear exchange between the United States and North Korea. It seems odd to me to have to say it, but there’s all the difference in the world between the word “dog” and a dog. You can't pet the word “dog,” but then again you don't have to housetrain it either.

Trying to figure out what words are is actually a difficult proposition. The very same word can be spoken or written at different times by different people; a word itself is not a particular sound coming out of a particular person's mouth at a particular time or a particular ink stain on a particular piece of paper or a particular bunch of pixels on a particular screen. It’s an “abstract” object that can appear at once in all these forms and locations. Now, abstract objects are groovy and all, but there are certain things you can't do with them. You can't hit someone over the head with the number six or the concept of justice, for example, nor can you do it with the word “cunt” or “negro” or “fetus.” And you can't nail abstract objects together to make a physical universe.

Sometimes people find it strange that I take positions like this, given that I fancy myself a writer and have devoted a substantial portion of my life to words. But I think that writers should be aware of the limitations of language, as perhaps the novel or tract that you thought would shake the world has passed unnoticed. We're futilely trying to make a word-world, or create a fortress of words to protect ourselves, or calling pathetically for attention. But one thing is palpable: the extreme limitations of the words we emit to make a difference in the world.

One reason that people are attracted to the idea of words as things of power is precisely their powerlessness, the ease with which they can be changed or manipulated. Changing the world is hard, revising or deleting a sentence is easy. It’s incredibly difficult to change intractable collective real-world problems like racism or sexism, for example. But it’s relatively easy to introduce formal and informal restrictions on expression. If words really did have the power to create reality, changing the expressions would be changing the world.

But as I say, we all know that words can be used to conceal as well as reveal, and we all know that you can change the words without changing the realities. One way to do this is precisely forcing people to conceal themselves, and giving them the means of doing so. You could have a world in which people talk like Barack Obama and act like Harvey Weinstein, in which the racist power structure smiles at you and refers to you using all the approved terms, while congratulating itself on having overcome its racism because it scrupulously observes verbal taboos. To a significant extent we live in precisely such a world, and if your view about the power of words can't explain how that could be the case, it’s obviously wrong.