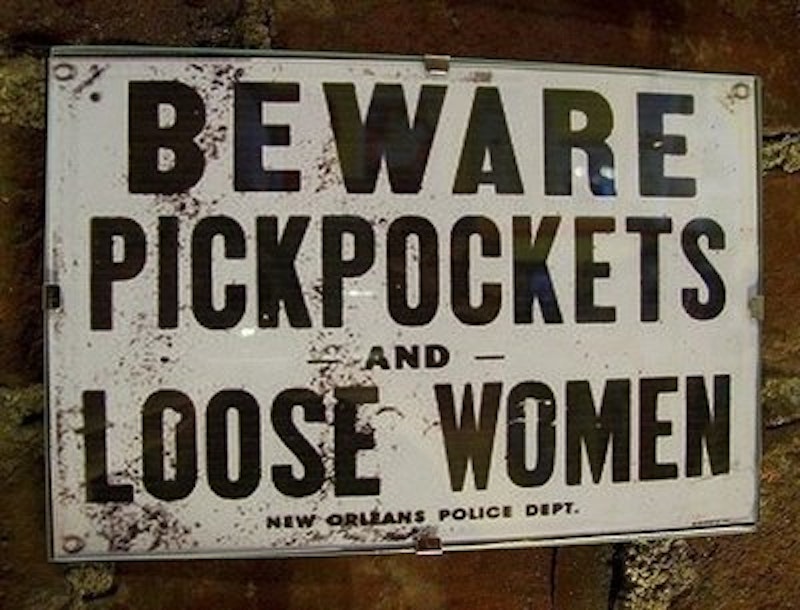 The moral panic continues. Men keep losing their careers in the face of accusations of sexual harassment from women whose motives, and personal virtue, are never subjected to the merest scrutiny.

There’s a side of me that rejoices when icons of the media and Hollywood and other corrupt late-imperial American institutions are destroyed. But I can’t shake the feeling that these “rapes,” “assaults,” and incidents of “harassment” would not have happened (if they happened at all) had the women in question conducted themselves with decorum and chastity. For what it’s worth, the three accusations of what would now be called “sexual misconduct” that I faced during my years as a full-time lawyer here in Indiana were leveled by what would’ve been branded “loose women” in a more just society.

More to the point are the tangential effects of this moral panic. I fear the impetus that it could give ignorant Americans to even more violently anathemize such institutions as, for example, inter-generational intimacy. Is the ancient tradition of mentorship of the pre-pubescent in philosophy and in the arts of love likely to survive our sexually Jacobin moment?

This tradition had its inception in the barracks of Sparta and the agora of ancient Athens; was nourished in the intimacy of the Catholic hierarchy and in the seminaries of Byzantium and Blessed Muscovy; and reached perfection in the Orthodox monastic community of Mt. Athos, the Holy Mountain, where each monastery’s fine gray-bearded abbot would cultivate his own harem of pre-pubescent altar boys. And now, like so many worthy things do in the caustic environment of capitalist liberalism, this tradition (or what’s left of it) is dissolving.

O FATHER FORGIVE THEM, FOR THEY KNOW NOT WHAT THEY DO.

I suspect that the test case for how far our society is willing to go down the path of a flesh-denying puritanism is whether local governments soon start to criminalize, or at least ban, the harmless pleasure of intercrural sexuality.

Did I say a harmless pleasure? I should have said a healthful pleasure, both spiritually and intellectually. Indeed, an aesthetic pleasure, and one that in Periclean Athens served as handmaiden to the arts of poetry and philosophy.

Many ancient Greek urns and vases (such as those in the Boston Museum of Fine Arts) depict, with charming naivete, the sublime rituals of intercrural lovemaking: the naked young boy, his tender boyhood dangling limp as he stands, eyes downcast in submission; the older master, inserting his phallus in between the boy’s thighs, then (we can imagine) agitating himself towards pleasure.

It’s easy to imagine the older partner in these scenes disengaging from his climax to compose an expert ode to Demeter; or address the ekklesia in a speech of great logic and reason over which scholars still marvel today; or, naked in the arena, muscles slick with oil, handle a javelin with finesse; or recline with sublime Alciabides at Socrates’ sandaled feet in the cool agora.

The point is that this sexual panic we’re living through right now—this exercise in American narrow-mindedness and Babbittry—is also a blow against culture properly understood, against the truth that a certain type of non-procreative sexuality has always been allied to intellection, true spirituality, and the creative process.