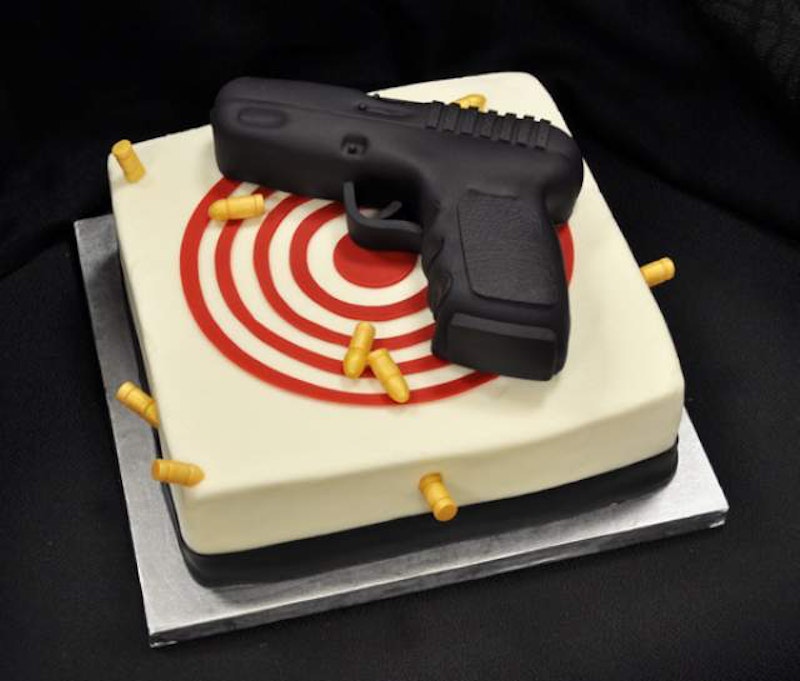 Who ghosts David Brooks’ New York Times op-ed column? I’ve previously written about Brooks’ bizarre, inexplicable, almost alien prose, and the Times knows that the majority of Brooks’ readers are hate-reads, so I’ve given up swatting that beach ball. But ever since I saw his weekly segment on PBS with Mark Shields back in July, the confusion has only grown: the guy being interviewed by Judy Woodruff on TV is a center-left Obama liberal, speaking in complete sentences and intelligible sentiments… who’s spilling his ink?

This one is particularly stupid, another column about the Colorado cake maker who refused to serve a gay couple in 2012. Brooks shrugs it off, says, “First, it’s just a cake.” No it’s not—how is this any different than separate water fountains and bathrooms for black people, or Jews denied entry in neighborhoods and country clubs? If you offer a service, and refuse to fulfill that service based on arbitrary and legally meaningless religious beliefs, you’re no different than the prevaricating “separate but equal” morons during the civil rights movement of the mid-20th century. I’ve talked to many people who agree with Brooks, don’t see the big deal—and yes, this story has been written about endlessly for five years, but it bears repeating that this schmuck with a cake shop is a bigot and Brooks remains clueless and inept within the rarefied air of New York Times op-ed columnists.

Hacks like Thomas Friedman and Paul Krugman are predictable, probably because their ghostwriters aren’t as adventurous as Brooks’. If you don’t want to serve gay people, don’t bake cakes.

The Sung Tongs show at the Knockdown Center in Queens, NY last weekend was the first concert I’ve been to that had near airport level security: empty out your pockets, full pat downs, flashlights in bags, everything but a metal detector and removing your shoes. It was a drag, but sadly necessary, and when we got in after about 20 minutes, we met up with some other friends from Baltimore and commiserated about the state of it all. “Sadly necessary”—in a post-Bataclan, post-Vegas world, you just never know in a room packed with a thousand plus people, especially in New York City. I don’t expect X-ray scanners and metal detectors to show up at Baltimore’s Ottobar anytime soon, but maybe the 9:30 Club, if they haven’t already. Why not movie theaters though? Besides drunk idiots and chronic whisperers, now you have to consider schizophrenic psychos shooting up a matinee. I saw Lady Bird to a sold out crowd at The Charles last month, and even though the average age was probably 65 in that room, you just never know, and in a space like that, there’s no escape.

Yesterday Tom DiVenti wrote a Splice Today column imploring Baltimore City to legalize hard drugs, specifically heroin and cocaine. He said, “The past is the wrapping paper for the present,” and as far drugs are concerned, he’s dead on: the abundance of pharmaceutical drugs with the same effects as heroin and cocaine (painkillers and ADD meds like Adderall, widely abused in schools and in the media) make the case for legalizing the latter two more appealing and more frightful at the same time.

There’s no doubt in my mind that many thousands of people would die in the immediate aftermath, and whether those numbers would ever level off is questionable at best. Scientists feed caged rats water bottles full of soluble cocaine and they suck on that spigot until their little hearts burst wide open. Recent American history has shown that we have no impulse control: file-sharing decimated the music industry, print media, and severely damaged movie studios. If people could download cars, or clothing, or jewelry, they would.

Binge-watching TV shows is an acceptable vice now, and the hangover isn’t that far off from a drug binge. Dope at 7/11 might damage the black market, but at what cost? Alcohol, advertised everywhere and widely accepted despite its indisputable danger, has killed a lot of people. We know in that case that prohibition wasn’t the answer, but it shouldn’t be as normalized and glorified as it is. Kids in high school and college regularly drink themselves so silly they get alcohol poisoning—what do you think would happen if you could give a guy a 50 for an eight-ball of blow before a dance or a party? DiVenti wrote about murdered BPD Officer Sean Suiter, and asked if he’d be alive today had drugs been legalized decades ago. Impossible to tell, but I think there will always be a black market despite the legality of the product being offered. Gangs, cartels, and black market operations are as complex and entrenched as police forces, and they need each other to survive.

DiVenti continues: "I don’t want to knock the police. They have a hellish job. They put their lives on the line every day. It’s a sad season we must endure to get through to another year. Drugs should be legal. It will take the profit away from the dealers overnight. It will greatly decrease the prison population. It will raise state and city revenues with taxation. It will save hundreds of lives every year. It will make the city safer. That’s not so hard to believe.”

The only point I agree with is decreasing the prison population, which is an urgent human rights crisis. Mandatory minimum sentencing, de facto segregation, food deserts, neighborhoods deprived of funding and essential services—it all amounts to a holocaust in slow motion for black Americans. I’m not convinced that legalizing heroin and cocaine and selling them at 7/11 would lead to a safer, more just and enlightened society: I can just see the 11 o’clock news reports about high school kids overdosing before dances, or wastelands on the floors of frat houses. Marijuana and psychedelics like psilocybin, LSD, and MDMA obviously need to be legalized because they have proven therapeutic and medical benefits. Besides hardcore surgery, the average citizen doesn’t need dope or cocaine anesthetic in their lives anymore than a hole in the head.