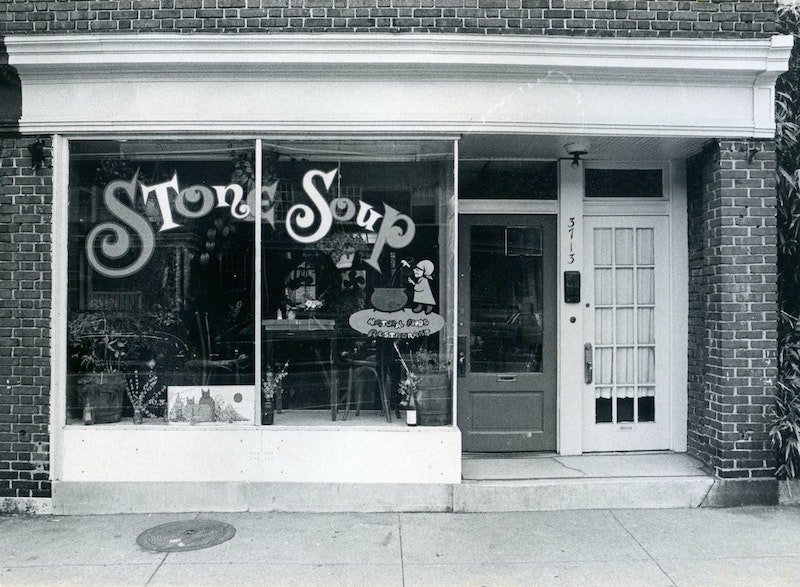 Last Friday, in the midst of the Twitter dumpster of rush-to-judgment posts about the Senate tax bill and then ABC reporter Brian Ross’ mistaken interpretation of Michael Flynn’s guilty plea—tanking the stock market for several hours—a single tweet, about the former, stood out. One man, who’s since blocked me, wrote that passage of the GOP’s party-line passage of the bill (yet to be reconciled in conference) was “one of the darkest nights in American history.”

I suggested the fellow read some American history and I suppose that’s when I was exiled from his weird orbit. Leave aside the obvious and legitimately dark nights—9/11, Pearl Harbor, the assassinations of the Kennedys and Martin Luther King, Jr. (which led to mass riots across the country, the damage in some cities which still isn’t repaired), the beginning of the Civil War—and think about it. Prohibition wasn’t “darker” than the tax bill? The crash of 1929? FDR packing off Japanese-Americans to camps during WWII? Woodrow Wilson’s abridgement of First Amendment rights? George Bush’s ham-handed response to Katrina and his lack of preparation for the Iraq War? Please. This is a tax bill, written hastily, just like Obamacare. Not surprisingly, it provoked hyperbolic reaction from both proponents and opponents; at one time, before social media, the flap would’ve elicited more measured debate in the media.

I happen to think the bill is full of holes and some plain silliness—tax credits for private planes?—but as one who’d prefer the quixotic, and simple, flat tax (with exemptions, say, for those earning less than $30,000), it wasn’t a stunner. The Republicans are in power and, despite Donald Trump’s face-value incomprehension of how government works, the GOP Senators, whether out of ideology or pleasing constituents/donors/lobbyists, had success. Making predictions for next November’s midterm elections is inadvisable in a political world turned upside down, but it certainly appears the Democrats are in an excellent position to regain power in the House and perhaps the Senate as well, if an anti-Trump “wave” occurs. And if so, the tax bill (and other GOP measures) will be torn apart and a new frenzy will commence. That’s the tradition of politics, even if today’s is more of a spectator sport than ever before.

Looking back more than 40 years (the above picture is of Stone Soup, a latter-day hippie restaurant on the 3700 block of Greenmount Ave. in Baltimore that I’d frequent with college friends in the mid-1970s), I won’t succumb to the common idea that those were “simpler times.” They weren’t: the technology revolution was a full two decades in the future (meaning when computers and the Internet reached mass consumption), but the economy was crummy, round-the-block gas lines were the norm for a spell, the country had just rid itself of Richard Nixon—whose actions and misdeeds foretold a “Constitutional Crisis,” the newspaper’s pundits warned the populace—New York City was broke and crime rampant, and the aftermath of the Vietnam War was still fresh.

There was plenty of news to chew over when out with a group of friends or work colleagues. At Stone Soup, many of us gathered on Sunday mornings for a low-key breakfast (as I recall, it was, in step with the era, a “pay what you can” joint) and after rolling back the tapes from the previous night’s revelries, or lack thereof, we’d often discuss current events. Most of us were liberal (including me), though not everyone, and as young adult students there were no shortage of opinions. Yet rarely was a voice raised, or a storm-out after a dissenting view; you said your piece, listened to other opinions and that was it, and pass the lumpy pancakes, please.

(I should add that Baltimore’s Waverly neighborhood, long gone to seed after the Orioles moved downtown, was one of the best. Integrated, flourishing commerce, cheap rent, and a mixture of old and new retail: Bread & Roses coffee house and Sam’s Belly food co-op, for example, in spitting distance of a Little Tavern and the Northside Bar.)

I’m not sure that a mostly congenial gathering, in which politics and culture were discussed, could occur today. Everyone’s so touchy, so ironclad in their views, and unwilling to sit back and listen to others speak. That today’s similar gatherings are marred—or enhanced—by participants scrolling their smartphones, with “late-breaking” news from Facebook or Twitter, which may or may not be true, just means communication has sped up. Not that we’re living in a more complicated world.

It’d be a fib to say that I prefer today’s discombobulated media, when it’s impossible to believe any story when it first appears, and if, like me, you still subscribe to a print daily, you retrieve it in the morning, scan the front page on the way inside and see that the lead stories are almost all dated. Then again, journalism’s been my profession for around 45 years, and I fully realize most Americans haven’t the same interest. Anyway, I’ve made my peace with that unavoidable reality, just as I have with the disappearance of book and record stores; and I don’t feel like a heretic for admitting I really like ordering this or that on Amazon. As I’ve noted before, it’s incredible, at least to me, that you can bank online or have groceries delivered to the doorstep, but no progress has been made in modernizing planes, trains, and automobiles. Forty years ago I envisioned flying to Los Angeles in two hours. Once, twice, thrice in a lifetime.