More Advertisements for Myself

All memoirs are exercises in narcissism. 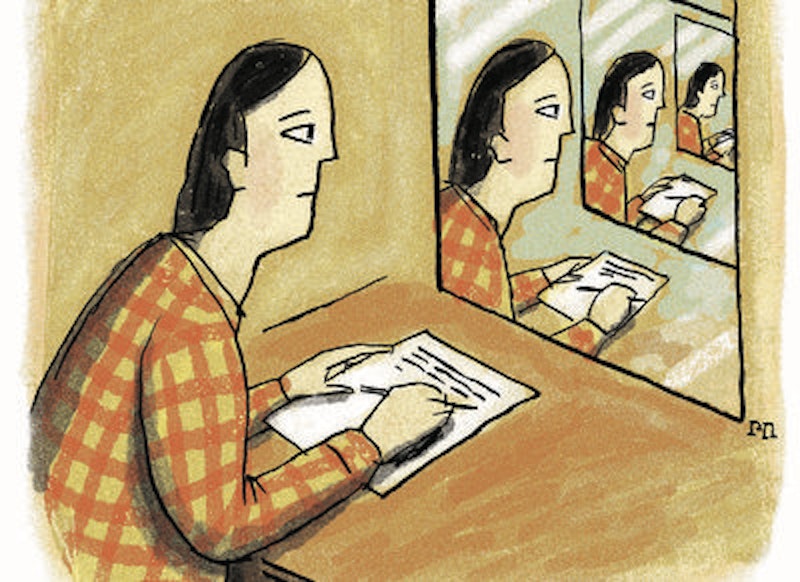 As America’s resident expert in the growing field of me, I was excited to see the publication of Oliver Lee Bateman’s narrative about my life to date. “Now Oliver Lee Bateman: there’s a name I know!” I exclaimed, eagerly diving into the Kindle galley I’d emailed myself earlier in the day. However, my excitement turned to disappointment as I slogged my way through this tedious collection of family photos, childhood fanfiction writing samples, term papers, emails, tweets, and Instagram uploads. All memoirs are exercises in narcissism, with the author presuming they are an important enough personage to write about, but good memoirs introduce readers to worlds beyond their own. Just Life, however, consisted of little besides hackneyed, predictable plot devices. It almost goes without saying that I’d seen it all before.

Nevertheless, a few sections warrant mention. The seventh chapter, “Amounts I Have Weighed,” takes us on a journey through Bateman’s various weights, with special attention paid to the years 2004 (when he yo-yoed between 185 pounds and 240 pounds due to his participation in a pair of bodybuilding competitions) and 2006 (when the author, on a quest to eat 20 Big Macs in a single sitting, reached an all-time high of 305 pounds). “What I think is most interesting about weight,” Bateman writes, “is how much it can fluctuate. First I weighed this much, and then, as circumstances changed, I wound up weighing either more or less than that.”

The subsequent chapter, “Facial Hair,” revisits the numerous beards and moustaches Bateman has worn throughout his lifetime. “I can’t say any of them were intentional,” Bateman admits.  “Most, I think, were the product of lethargy, sloth, or outright depression.” In spite of that, Bateman has given plenty of thought to the state of his facial hair: “Sometimes I wonder if I present a more rugged, bearded look when I am clean-shaven, since only a clean shave can properly suggest the potential Yukon Cornelius beard that lurks underneath my skin.”

“The LiveJournal Years” chronicles a handful of unconsummated romances that played out entirely via comments made to Bateman’s pseudonymous Xanga and LiveJournal blogs during the early part of the 21st century. And “Some OKCupid Ghostings,” though dense and probably only of interest to Bateman specialists like me, recounts his myriad one-and-done dating experiences that took place between 2007 and 2009. For example, I’d forgotten that Allison F. and Bateman met for coffee at Mocha Envy on August 6, 2008, and it was nice to learn that those 45 minutes of idle chitchat served some greater narrative purpose. Bateman’s two-date romance with Allison M. was equally scintillating, as evidenced by hot text such as “hey did you like that date?”, “yeah it was ok,” “sup,” “nm u,” “wanna hang,”  “maybe i’ll c u when i c u,” and “cool.”

“Helpful Hints” offers readers a taste of Bateman’s hard-earned, homespun wisdom. With regard to cutting costs at convenience stores, he advocates “[grabbing] a Big Gulp cup and filling it to the brim with coffee, maybe cutting the coffee with a bit of ice to prevent the straw from melting, and passing off that beverage to the cashier as a soda, because a 64 oz. soda is almost always way cheaper than a 20 oz. coffee.” But his advice isn’t limited to gas stations and caffeinated beverages: “You can extend the working life of a jar of pasta sauce with a couple ounces of water and a vigorous shake or two (make sure the lid is on, ha ha!). It’s fun and it’s good exercise.” And there’s more: “Double-ply toilet paper is a bit indulgent, so I always single-ply my rolls after stealing them from the restrooms at work.”

Alas, most of the book drags on, much like Bateman’s own inexplicable existence, and Just Life seems unlikely to find a place among such canonical works of personal remembrance as The Education of Henry Adams and Juiced: Wild Times, Rampant ‘Roids, Smash Hits, & How Baseball Got Big. At its best, Just Life is just okay: over-long and meandering, lacking any kind of deeper purpose, but not really hurting anybody, either. At worst, it confirms the old adage that familiarity breeds contempt. All too often, I paused in the story to ask myself, “Who the hell does this guy think he is?”