Baltimore City Is Out of Control

It’s time to legalize drugs here, but the government will never let that happen. 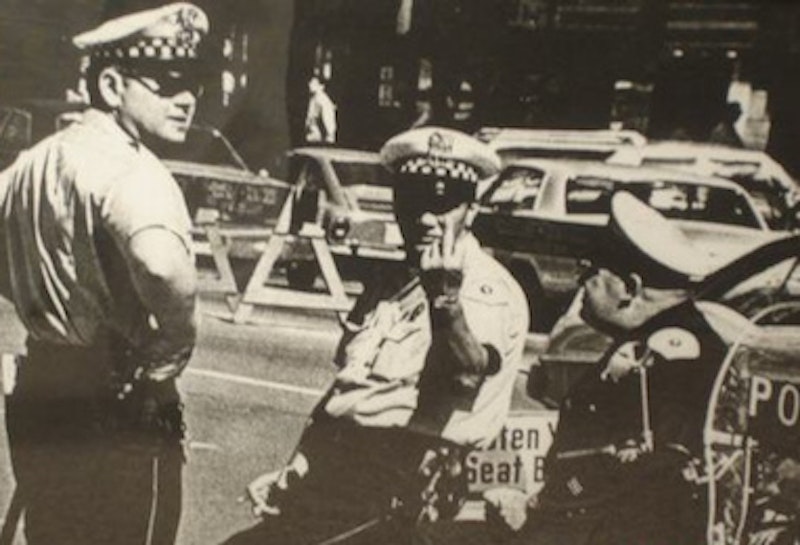 Running wild in the streets of Baltimore, some said we were juvenile delinquents. We had a healthy fear of the police. Not that we assaulted anybody, but still went out of our way to avoid the law. We loved to hang out and party, which included underage drinking, smoking pot, popping pills pilfered from parents’ medicine cabinets, and LSD. All illegal activities, but also a coming-of-age ritual. Freaky adolescent behavior in advance of a normal adulthood. I never did normal very well. What’s considered the norm by polite society is alien to me. Normal people scare me.

The police magnified the fear, the ultimate authority figure and the specter of jail was always there while we tried to mind our own business and have fun. A good time also held a sense of thrill-tinged danger because it wasn’t legal. Watching the police bust heads at protest rallies and civil rights marches didn't help win us over to the side of good law-abiding citizens. The cops resembled jackbooted thugs. We viewed them as a negative force flaunting their power of and military tactics against those who opposed the war, injustice, non–violence and racism. They represented everything that’s wrong with the system, just like today. The past is the wrapping paper for the present. There’s unceasing turmoil and corruption at the highest levels of the Police Department. The ill will, stink of cover-ups and mistrust permeates every inch of the city.

Corrupt cops make a mockery of the law they rise above. Writing their own rules while doing whatever suits their self-interests. The antics of cops dealing dope, extorting cash, selling guns, intimidation, threats and beat downs of locals at random without fear of recrimination. A mirror image of organized crime dressed in a blue uniform with a license to carry a gun. Making it up as they go along. It's part of a twisted game where the rules change to fit the crimes. Being a cop is a thankless job. I wouldn't do it for any amount of money. The indifference they receive from the general public is commonplace. Like cheating on your taxes or speeding, many do it but nobody wants to get caught by the man. There’s a distrust and a silent blue line that keeps the people separated and unequal to the laws that supposedly protect us. The official motto established in 1880, “Semper Paratus—Semper Fidelis,” gung-ho Latin for Ever on the Watch like the Energizer battery bunny toy that keeps on going.

Keeping the peace, protecting homes and families, and arresting offenders has been the main goal of the city police since 1729. Something happened along the way. The friendly neighborhood cops on the beat are gone. In their place, glowing blue light surveillance cameras dot the evening skies high up on poles at many heavy traffic intersections. I don’t know if they even work. I do know in 1987 Kurt Schmoke became the first black mayor of Baltimore. One year later Mayor Schmoke announced that drugs should be legalized for many obvious reasons.

We lost the drug war decades ago. The police are outgunned, outnumbered, out of luck, and the prisons are bursting. Drugs flow and the gangs grow like weeds. I wonder why Baltimore just laid a homicide detective to rest after he was murdered the day before he was to testify in a large-scale police corruption trial on racketeering charges. Would that detective be alive today if drugs were legalized way back when?

The current mayor, Catherine Pugh, says crime is out of control. Baltimore is a warzone. People avoid coming to the city for fear of becoming another violent statistic. Can you blame them? I don’t want to knock the police. They have a hellish job. They put their lives on the line every day. It’s a sad season we must endure to get through to another year. Drugs should be legal. It will take the profit away from the dealers overnight. It will greatly decrease the prison population. It will raise state and city revenues with taxation. It will save hundreds of lives every year. It will make the city safer. That’s not so hard to believe. But it’ll never happen. We’ll continue to count the bodies. We’ll continue to clog the jails with people whose only crimes are they use drugs, or sell them. We’ll continue to see good cops go bad because the drug profits are too great to ignore. We’ll continue to be a city out of control.